Mical Raz and Paul Renfro discuss Raz's book, Abusive Policies: How the American Child Welfare System Lost Its Way. You can listen here. Other episodes of the SHCY podcast are available at our podcast website, or you can subscribe on Google Podcasts, Apple Podcasts, Spotify, and wherever you get your podcasts.

Mical Raz is the Charles E. and Dale L. Phelps Professor in Public Policy and Health at the University of Rochester. Paul Renfro is an Assistant Professor of History at Florida State University.

Amid the satanic ritual abuse panic of the 1980s, congresswoman Patricia Schroeder (D-Colorado) explained why such scares resonate with the American public. “You don’t need to convince people that child abuse is bad,” she proclaimed (114). Indeed, efforts intended to stamp out child abuse remain virtually unassailable. Yet, as historian Mical Raz illustrates in her terrific new book, understandings of child abuse—and thus the measures enacted to limit such abuse—have changed dramatically over the past half-century or so.

Abusive Policies explores the politics of child abuse from the late 1960s through the present, arguing that definitions of child abuse, neglect, and exploitation have expanded in the intervening years, while state and private mechanisms designed to curb abuse have grown more extensive, coercive, and punitive. Children and families of color, as well as poor and working-class families, have borne the brunt of these transformations, Raz shows, even as the racial, gender, and economic inequalities that enable and exacerbate child abuse remain largely unaddressed by the state and its private auxiliaries.

Raz’s story begins with the establishment in 1969 of Parents Anonymous, “a self-help group for parents who either abused or were concerned they might abuse their children.” Originally called Mothers Anonymous—in keeping with the larger political and cultural “belief that mothers posed the great- est danger to their children”—Parents Anonymous “played a pivotal role in changing perceptions of child abuse” in the United States (9, 40). Specifically, Parents Anonymous helped shape the discourse surrounding the Child Abuse Prevention and Treatment Act (CAPTA). Signed into law in 1974, CAPTA “intentionally circumvented discussions of race and class” by “presenting child abuse as a scourge of all walks of society” (10, 11).

As appealing as this framing might have been—particularly during the “post-civil rights” moment in which CAPTA passed—the act disregarded research that proved “that child abuse was more common in low-income families” and also foreclosed more robust, redistributive policy solutions (11). Raz reveals how such “social welfare” approaches—touted by researchers and advocates cognizant of the ways in which “poverty and social inequities” precipitated child abuse—ultimately went “unheeded by politicians and policymakers” (32). These elite actors opted instead for ostensibly race- and class-neutral child abuse measures, a decision that reflected not only public skepticism of anti-poverty initiatives but also the increasing pathologization of poverty and crime, including the offense of child abuse.

While supposedly race- and class-neutral, mandatory child abuse reporting requirements—which proliferated in the mid-to-late 1970s—“led to significant increases in reporting of low-income and minority families,” even though “only a fraction of the[se] reports involved physical harm to children” (62). Many of these reports stemmed from alleged incidents of emotional or verbal harm, a consequence of the expanding definition of child abuse in the twentieth century’s second half. This surge in reporting also prompted more muscular, more coercive, and more consistent state interventions in the lives of poor and working-class children and families, disproportionately those of color. These interventions often resulted in the criminalization of family members, the removal of children from familial and extended kinship networks, and the placement of children in foster homes.

Further, such interventions offered little in the way of material support or other services for needy children and families. As Raz describes the situation in New York City in the late 1970s and early 1980s, “Foster care placement involved taking children from suboptimal homes that could have benefited from further support and placing them in homes where there was a greater danger of physical abuse and death” (84). Indeed, the placement of poor and working-class children in public foster care became increasingly common just as the foster care system desegregated and just as public assistance mechanisms grew more punitive and less generous, as scholars like Julilly Kohler-Hausmann have indicated.

Raz’s final chapter reckons with two interwoven moral panics that gripped the US in the eighties: the “crack baby” scare and the satanic ritual abuse panic. Reading these phenomena together, Raz charts “the transformation of child sexual abuse into a white middle-class problem and the racialized transformation of substance abuse addiction into a form of child abuse in utero,” developments that “politicized child abuse, exploited racial animus, and ultimately made children less safe” (93).

This short yet compelling book is thoughtfully structured, accessible, and tightly argued, and it masterfully builds on work by Dorothy Roberts, Laura Briggs, and others. And despite what the book’s subtitle might suggest, Raz does not craft a declension narrative or pine for a golden age of child welfare.

Some of Raz’s recommendations for reform, however, seem too modest—especially given the sheer number of problems confronting the American child welfare system (problems that Raz diligently excavates and interrogates). Special law enforcement training for the investigation of “credible allegations of abuse,” for instance, may superficially divorce policing from “the provision of welfare services” (122, 123). But, as Heather Schoenfeld, Alex Vitale, and others have documented, “reformist reforms”—including those related to “training”—can legitimate oppressive systems and heighten criminalization while failing to address the underlying inequalities that foster antisocial behaviors such as child abuse.

This criticism notwithstanding, Abusive Policies is a smart and well-executed study, one that will prove invaluable to historians of childhood and youth, interdisciplinary scholars of childhood studies, and political, policy, and social historians alike. 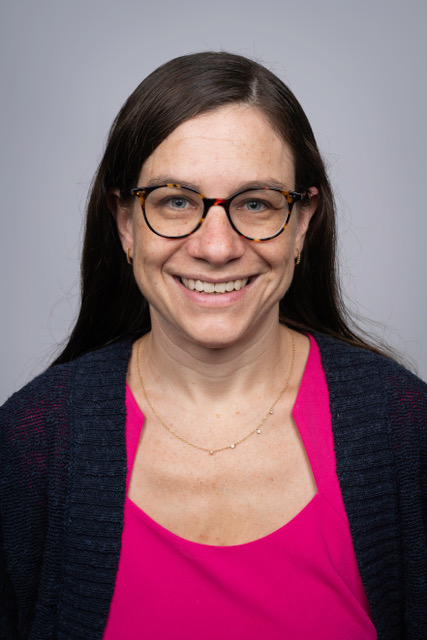 Mical Raz, MD, PhD, MSHP, is the Charles E. and Dale L. Phelps Professor in Public Policy and Health at the University of Rochester, where she also works as an internal medicine physician at Strong Memorial Hospital. She is the author of The Lobotomy Letters: The Making of American Psychosurgery (University of Rochester Press, 2013), What's Wrong with the Poor? Race, Psychiatry and the War on Poverty (UNC Press, 2013), and most recently, Abusive Policies: How the American Child Welfare System Lost its Way (UNC Press, 2020). She has published extensively on the imperative to protect children and families from coercive child welfare intervention, and the harms of conflating poverty with neglect. A sought-after speaker, Raz has lectured widely on the unintended consequences of our child protective interventions and has been invited to testify before different legislative bodies primarily on the topic of mandated reporting and its harms to families and communities.