Revisit Jennifer Helgren's discussion of her monograph, American Girls and Global Responsibility: A New Relation to the World during the Early Cold War with Traci Roberts-Camps. Or browse other episodes of the SHCY podcast, here.  This episode initially appeared in September of 2019.

Chapter 1 traces the shift in American youth culture and democratic education after World War II. Politicians, youth organizers, and educators instructed American girls that international friendship and fighting for equality strengthened American democracy at home as well as abroad. As Americans’ racial attitudes changed, postwar girl agencies adopted integration policies and cross-cultural activities. A girl from Nebraska maintained that her generation “could not make the mistakes which our forefathers made” (54). Much of Helgren’s narrative focuses on adult-led initiatives. By considering archival repositories beyond teenage magazines and youth organizations like the Girl Scouts, Camp Fire Girls, or YWCA Y-Teens, historians might be rewarded with new discoveries about teenage girls’ engagement with political issues and foreign affairs.

Scholars looking to include Helgren’s work in an undergraduate classroom will find in chapters 2 and 3 effective assignments in engaging students. Both chapters document postwar girls’ pen pal correspondence and package projects that supported war-torn nations, sought to reduce conflict, and intended to strengthen America’s global image. In chapter 2, Helgren features an archival treasure trove. The six-year correspondence between Elizabeth “Liz” Frank, the Jewish American daughter of a Hollywood producer, and Lore Petzka, a Catholic Viennese girl (whose father served as a former Nazi soldier), represents one of the most illustrative stories of international friendship and reconciliation among postwar girl citizens. Sharing dreams, thoughts, and personal experiences restored a degree of balance and equality to the girls’ otherwise uneven friendship. Representing the “Voice of America,” adults stressed girls’ good manners and flattering descriptions of the American political and economic system. Many girls deviated from these official Cold War scripts when addressing continued racial problems, or worse, exhibited racist attitudes. Girl agencies’ cultural exchanges faced additional obstacles: a lack of resources at times, language barriers, and Cold War anticommunist rebukes. One might wonder just how much information was lost in translation in these written exchanges. Chapter 3 sheds light on American girls’ role in reimagining former enemies Japan and Germany. Teenage girls learned to view Japan as “compliant” and “subordinate” in contrast to the United States, the “generous” and “benevolent” superpower (87, 86). Regarding German peers “as victims rather than villains,” young Americans were urged to reeducate former Nazi youth (95). Liz Frank’s correspondence illustrated her rage toward Hitler, the interna- tional symbol of evil, but empathy toward her friend Lore.

Using social media, youth organizations and magazines continue to connect girls in the United States and foreign nations and engage issues such as transgender rights and sexual orientation. In a world where people are divided and marginalized, Helgren’s work offers valuable lessons about the important roles that girl citizens can teach Americans today about global cooperation and mutual understanding. 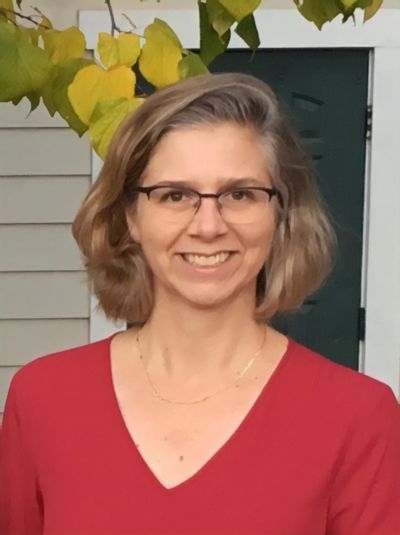 Dr. Jennifer Helgren is Associate Professor of History, Chair of the History Department, and Director of Gender Studies at the University of the Pacific in Stockton, California.  She teaches courses on US women’s history, public history, and US history. She received her B.A. in history from the University of California, Los Angeles and her Ph.D. in history from Claremont Graduate University.  Her research traces the changing meanings of girls’ citizenship and how definitions of citizenship are shaped in relation to age, race, nation, and dis/ability.  Her most recent book, American Girls and Global Responsibility: A New Relation to the World during the Early Cold War, argues that a new internationalist girl citizenship took root in the United States in the years following World War II in youth organizations such as the Camp Fire Girls and Girl Scouts, and in magazines like Seventeen. Dr. Helgren is co-editor, with Dr. Colleen Vasconcellos, of Girlhood: A Global History (Rutgers University Press, 2010), and the author of several articles on U.S. girlhood, including "Native American and White Camp Fire Girls Enact Modern Girlhood, 1910-39" in American Quarterly (2014); and “A ‘Very Innocent Time’: Oral History Narratives, Nostalgia and Girls’ Safety in the 1950s and 1960s" in Oral History Review (2015). 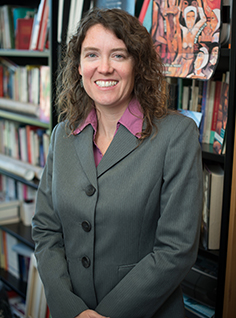 Tracie Roberts-Camp is a Professor of Spanish and the Modern Languages and Literature Department Chair at the University of the Pacific.