Babies Made Us Modern

Babies Made Us Modern: How Infants Brought America into the Twentieth Century

Janet Golden discusses her monograph, Babies Made Us Modern: How Infants Brought America into the Twentieth Century with interviewer Susan Miller. Listen, here. Susan Miller is the author of Growing Girls: The Natural Origins of Girls’ Organizations in America (Rutgers, 2007) and a contributor to several anthologies, including Scouting Frontiers: Youth and the Scout Movement’s First Century(Cambridge Scholars, 2009); Rendering Nature: Animals, Bodies, Places, Politics (UPenn, 2015); and Childhood, Youth, and Emotions in Modern History (Palgrave, 2015). You can listen to other episodes of the SHCY podcast by visiting the podcast website, or you can subscribe on Google Play and iTunes.

Janet Golden’s latest book tells the startling story of babies’ contribution to the major developments of the twentieth century: expanding government, consumerism, scientific medicine, and an increasingly therapeutic culture. Drawing on a wide range of sources, including diaries, memoirs, newspapers, magazines, the records of the US Children’s Bureau, and more than 1,500 baby books, Golden creates a vivid picture of infant care from the early twentieth century to the baby boom. She shows how babies’ struggles to survive and thrive led families to embrace the welfare state, biomedicine, and a growing array of products, even as they maintained their faith in religion and traditional healing. Unfortunately, the dramatic success of public efforts to reduce infant deaths weakened Americans’ belief in their collective responsibility for baby citizens. “In less than a century,” Golden writes, “‘our babies’ became ‘my babies’ and ‘their babies,’ an arc of social change that marked the beginning and end of a social welfare ethos inspired by the nation’s most vulnerable citizens” (206).

Babies Made Us Modern begins in the early twentieth century, when infant deaths were common and public efforts to improve babies’ life chances were just beginning to take hold. An inventive opening chapter on infant incubator shows at trade expositions sets babies’ struggles to survive alongside the spectacle of consumerism and scientific advancement. The shows laid the groundwork for public health initiatives against infant mortality, but they themselves had little impact. Hospitals were slow to adopt expensive incubators, and most babies were born at home.

In the book’s middle chapters, Golden deftly mines child-rearing advice, baby books, community studies, mothers’ diaries, and letters to the Children’s Bureau to create a richly textured portrait of everyday concerns like feeding and clothing the baby, caring for the sick, and colic and teething problems. She shows how babies connected women to the federal government and helped bring about the 1921 Sheppard-Towner Maternity and Infancy Protection Act, the first federal welfare measure. Taking the babies’ view, Golden argues that parents did not resent government interventions, but saw the Children’s Bureau as a “partner in infant protection and as the possessor of useful knowledge” (70). A strong national commitment to protecting babies led to Title V of the Social Security Act, the World War II–era Emergency Maternity and Infant Care Act, adoption regulations, Medicaid, and 1960s programs for those with intellectual disabilities. At the same time, she stresses, modern baby-raising techniques were adopted unevenly, and some babies were always valued more than others.

Golden’s emphasis on consumer culture is perhaps her most important scholarly contribution. She makes it clear that modern babyhood is inseperable from consumerism. Products designed to promote babies’ health and lighten the burden of infant care brought many working-class families into the consumer world. Baby foods, clothing, advice books, bath items, bottles, and savings accounts became necessities. Then, as infant mortality declined, an emphasis on babies’ physical care gave way to a fascination with babies’ inner lives and development. During the postwar years, the growing influence of psychology brought a dramatic shift. Infants were no longer supposed to be raised on a standard, expert-devised schedule; now mothers had to adapt to babies’ distinct personalities and scheduling needs.

Babies Made Us Modern is an engaging and deeply researched book that has much to offer historians of childhood. It also raises fascinating methodological questions, as Golden is well aware. Babies are “inarticulate historical actors” who must be studied using adult sources (3). Yet unlike older children, who leave home for school, work, or play, most babies are inseparable from their mothers. Modern babyhood and motherhood are entwined. Even today, babies’ fates cannot be detached from their mothers’ economic, social, and legal status. Placing babies at the center of analysis without erasing their mothers poses a challenge.

A great strength of Golden’s book is her attention to the tremendous diversity of America’s baby citizens and the critical importance of poverty and class. Still, a broad history of “babies” inevitably focuses on the “healthy and normal,” not the disabled, damaged, or abused. Far too many disabled babies were institutionalized, put in foster care, and even euthanized. Countless babies were physically and sexually abused. This darker side of babyhood’s history is a subject for future researchers. Babies Made Us Modern is a powerful argument for a national effort to protect and nurture all babies. It has much to offer historians of childhood, psychology, and medicine. Anyone who cares about babies, or once was one, will enjoy this book. 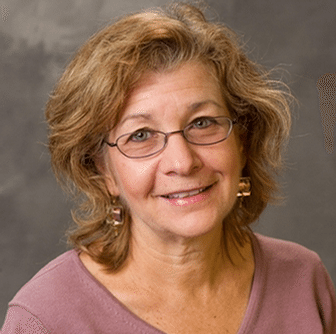 Janet Golden is Professor Emerita at Rutgers University in Camden, New Jersey, where she specializes in the history of medicine, history of childhood, women's history, and American social history.  She is the author or editor of nine books, and the author or co-author numerous peer-reviewed articles.