Revisit Jane Nicholas' discussion of her monograph, Canadian Carnival Freaks and the Extraordinary Body, 1900-1970s, with Renee Bondy (Professor of Women's Studies, University of Windsor). You can listen here. This conversation originally aired as episode 3, season 8 of the SHCY Podcast on May 22, 2020. Visit the SHCY Podcast website for more episodes.

The initial mention of a published history of “carnivals and circuses” triggered my sentimental memories of cotton candy, merry-go-rounds, pogo sticks (battered wieners), and plush toy prizes at the midways of my youth in Sudbury, Ontario. I also considered the more recent ubiquity of the Québec-based export, Cirque du Soleil, with its astonishing international reach, otherworldly acrobatics, and multi-billion-dollar assets. I did not reflect on the central role of “freak shows” to histories of commercial amusements, though I had examined once popular “girl shows” under canvas tents in my book Burlesque West: Showgirls, Sex, and Sin in Postwar Vancouver (2009). As such, I am grateful to Jane Nicholas for making a very persuasive case that sensitive examination of freaks on the sideshow has much to reveal about the enduring appeal of carnivals, shifting perceptions of the “normal” body and the relentlessness of capitalist profit-seeking in twentieth-century Canada.

At 200 pages, with an additional 100 pages of notes and references, Canadian Carnival Freaks is chock-full of compelling insights. Nicholas dives deep into the popularity of a summertime entertainment form that “crossed divides of rural and urban, working and middle classes, as well as those of gender, race, age, and ethnicity” (p. 11). She argues that carnival culture never fully escaped moral and legal regulation, which added to its allure. Nicholas grounds her research expertly in the relevant historiographical record, including work by Mona Gleason, Tina Loo, Mariana Valverde, Barrington Walker, and Veronica Strong-Boag. And Nicholas productively draws on feminist disabilities theorist Rosemarie Garland-Thomson to assist her in probing how “freaks with extraordinary bodies” became subjected to historical practices of differentiation that resulted in them being constructed as less deserving of fully realized humanity. As Nicholas notes, paying audience members “could be assuaged seeing a body seemingly more disadvantaged and socially dislocated than their own” (p. 10).

Nicholas, a history professor at the University of Waterloo, has accomplished a finely textured analysis of rich, heretofore under-examined primary sources housed in a range of archives, from the City of Saskatoon Archives to the Provincial Archives of New Brunswick to the Galt Museum and Archives in southwestern Alberta. I applaud the ambition of Nicholas’s trans-Canada geographical scope. Moreover, she deftly consults carnival-related publications such as White Tops, Billboard, and Bandwagon to re-tell tales of “alligator-skinned boys,” “Siamese twins,” and “Fat Ladies.” Nicholas also excavates publicity bills known as cartes de visite, as well as online repositories for the Showman’s League and the Western Fairs Association, ballyhoo biographies, and letters from mothers opposed to the commercial display of the Dionne quintuplets born in 1934 in the Franco- Ontarian hamlet of Cobeil (not Callander), Ontario. Nicholas’s inclusion of 15 black-and-white photographs of carnival scenarios and four maps of midway- stops across Canada attests to the inescapable visuality of staged freakery. At the same time, recorded evidence of the powerful, paternalistic gatekeepers—white men who owned and operated the shows—predominates. As Nicholas herself admits, she faced barriers to conducting interviews with the working-class freak show performers, their supporters, and the spectators that consumed public exhibitions of “abnormality.” That said, I found myself yearning for memories shared by those who withstood and often suffered from medical, scientific, lewd, and carnivalesque gazes. For instance, as Nicholas contends, we know that some youth and women were sexually violated in the context of carnival culture, but their truths remain silenced.

Canadian Carnival Freaks makes a stellar contribution to multidisciplinary scholarship by enriching histories of racist eugenics, business, economics, consumer culture, transportation, and medicine. Nicholas explains how the display of freaks in the twentieth century, many of whom were children, was informed by nineteenth-century theories on degeneracy, criminality, and feeble-mindedness (p. 31). Moreover, she draws dynamic comparisons between Canada and the United States through attention to how travelling shows traversed back and forth across the 49th parallel at a time when the border was more porous and less aggressively policed. The sheer number and variety of midway operations supply evidence of the density of networks, circuits, and promotional strategies adopted by companies that became increasingly professionalized by mid-century. By 1950, one estimate counted 350 companies in Canada and the US, including Johnny J. Jones, Wallace Bros, Patty Conklin, Barnum & Bailey, Royal American, Ringling Bros, Polack Bros, Greater Sheesley, and Gollmar Bros.

Nicholas borrows from British critic Tony Bennett’s definition of the “exhibitionary complex” in ways that expand scholarly examination of the prison-industrial, wedding-industrial, and military-industrial complexes in the West. In each chapter, Nicholas trains her sharp analytical lens on intersections of space, gender, sexuality, race, poverty, dis/ability, age, and the nation. One of her most original findings is that the labour performed by the exhibited freaks themselves has been erased. To redress this absence, and to foreground the agency of those exhibited, Nicholas chronicles how some performers negotiated contracts, refused display, travelled with their parents, and secured paid employment. In Chapter 6, she points to how “midgets” were marketed as white, cute, perfectly formed, hetero-domestic adults in miniature, in comparison to others who were often negatively racialized and sold as pitiable oddities.

Nicholas argues that the freak show extends into recent memory, though she does not illuminate how, or why. When I canvas popular culture in 2019, I see how freakery has metamorphosed into new forms that beg questions about the persisting consumer appetite for the abnormal, or the non-normative. Here, I consider reality television shows aired over the past five years, including, The Biggest Loser, My 600-pound Life, Toddlers and Tiaras, Little People, Big World, The Bachelor/ette, and RuPaul’s Drag Race. Reminiscent of Nicholas’s stories of “monkey girls” and “frog boys,” these shows introduce viewers to curated bodies that exceed conventional corporeal standards—oversized bodies, children’s bodies, trans and non-binary bodies, flagrantly hetero-promiscuous bodies, and small adult bodies. Not typically found on mainstream broadcast networks, the televised experiences of otherwise under-represented people have found their way onto specialty channels and/or streaming services. So, while the freak show at travelling carnivals across Canada disappeared by the early 1970s, it seems that human curiosity about the fantastical, the unexpected, the excessive, and the grotesque, has not.

In 2013 at the Junos—the Canadian music awards show—following a queer duet with Nova Scotian songbird, Anne Murray, the dazzling k.d lang exuberantly exhorted all fans to “Let Your Freak Flags Fly!” A few years later, lang’s cheeky exhortation invites us to ask what is freaky, and why? For whom? To what ends? And by contrast, how do we understand violent opposition to freakery in the service of renewed white supremacy, xenophobic racism, hatred towards LGBTQT2S folks, poor-bashing, and rampant, institutionalized injustices against disabled people?

In her “Epilogue,” Nicholas dismisses the need to interrogate what is “deep-seated about the need to gawk at and wrestle with difference” (p. 203). Rather, she reasserts the nexus of capitalism, colonial science, politics, and economics in consolidating the stubborn power of travelling freak shows in the past. And while I do not disagree, Nicholas’s gesture to “the need to gawk” arouses the prospect of mining critical psychoanalysis for clues to help us unpack desire, and in particular, the complex, contradictory human responses of fascination and repulsion to certain social phenomena. For instance, how does the psychological process of dis-identifying with the freak expose investment in repudiating “the other,” with often tragic, if not lethal, material consequences? Commercial displays of freakiness have always reflected and fueled myriad anxieties about difference. That these very anxieties are still being manipulated, commodified, and exploited for profit should push us to refine our analytical tools, and by extension, our tactics for collective resistance against all forms of inequality. 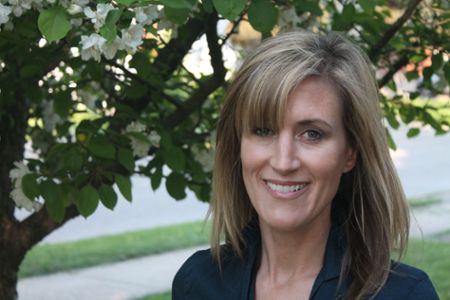 Jane Nicholas is an associate professor in the Department of Sexuality, Marriage, and Family Studies and the Department of History at St. Jerome's University in the University of Waterloo. She holds a PhD in History from the University of Waterloo and is the author of The Modern Girl: Feminine Modernities, The Body and Commodities in the 1920s (University of Toronto Press, 2015). She is the co-editor of Contesting Bodies and Nation in Canadian History with Patrizia Gentile (University of Toronto Press, 2013) and Feminist Pedagogy in Higher Education: Critical Theory and Practice with Tracy Penny Light and Renee Bondy (Wilfrid Laurier University Press, 2015). She has recently begun a new project on the cultural history of grief and the body in Canada. Before joining SJU she was an associate professor of Women's Studies at Lakehead University where she taught for nine years in the departments of Women's Studies and History.