Child Slavery before and after Emancipation

Child Slavery before and after Emancipation: An Argument for Child Centred Slavery Studies

Listen to Anna Mae Duane's roundtable with Karen Sánchez-Eppler, Sarah Winter, and Micki McElya. Or browse other episodes of the SHCY podcast, here.

This episode originally aired on the C19 Podcast on 20 November 20187 as "'Modern Slavery'? How 19th Century Slavery Can Speak to 21st Century Trafficking."

Can 19th-century approaches to slavery provide a map for thinking about 21st century trafficking? In this episode, Anna Mae Duane (UConn)leads a dialogue about how we can--and can’t--bring the nineteenth century to bear on the current phenomenon largely referred to as “Modern Slavery”--a term that is itself deeply controversial. The conversation centers around the edited collection, Child Slavery Before and After Emancipation: An Argument for Child-Centered Slavery Studies (Cambridge UP, 2017). Editor Anna Mae Duane interviews three contributors to that project, Karen Sánchez-Eppler (Amherst), Micki McElya (UConn) and Sarah Winter (UConn). Together they think about what constitutes a usable past when thinking about modern forms of oppression, and about how focusing on children can help us to rethink questions of property, memory, and freedom.

The episode was produced by Ali Oshinskie with the support of WHUS studios. Post-production assistance by Doug Guerra.

Child Slavery Before and After Emancipation: An Argument for Child-Centered Slavery Studies calls for evolved definitions of concepts that scholars frequently take for granted. Edited by University of Connecticut professor Anna Mae Duane and comprised of contributions from literary scholars, historians, activists, and philosophers, the book demands that its readers acknowledge an unsavory reality: “children have often provided both the conceptual underpinning for justifying slavery and much of the labor within slavery’s machinations” (4). Despite the historical entanglement of the concepts of childhood and slavery—both are dependent on notions of their subjects as helpless, unable to consent, deprived of rights—many scholars of slavery leave children out of their analyses. This book argues that centering children in analyses of slavery is key to deconstructing the beliefs underlying historical and contemporary justifications for human bondage and to helping enslaved children today.

A short essay by Duane prefaces each of the four sections, the first of which explores the phenomenon of slave gift-giving in US history, specifically when enslaved black children were given to white children as gifts. Subsequent sections examine historical and contemporary slavery reform movements, the notion of consent and children’s historical legal inability to do so, and the results when scholars actually listen to enslaved children’s voices.

The many conversations across essays make this anthology uniquely cohe- sive. Contributors frequently cite each other in their own analyses, encouraging the reader to make connections that she might not have otherwise. For example, in her chapter on white slavery panic in the early twentieth- century United States, Jessica R. Pliley references Karen Sánchez-Eppler’s earlier chapter about childhood slavery narratives in the US Works Progress Administration archives. Pliley uses Sánchez-Eppler’s argument that in the antebellum United States, the identities of “slave” and “child” were mutually exclusive, to distinguish that period from the one she discusses. In reform efforts related to “white slavery,” the categories of slave and (white) child were fused to garner sympathy from the public. This rhetoric did contribute to legislation that sought to end the trafficking of young white women across state lines, but it also weakened young women’s rights.

The anthology also seamlessly bridges the gap between historical stud- ies of childhood slavery and contemporary activism dealing with the same topic. The chapters that deal with contemporary problems of childhood slavery are concretely grounded in historical research and benefit from their juxtaposition with historical chapters. Erica Meiners’s critique of the current movement to end the “school to prison pipeline” across the United States, which focuses on long prison sentences for minors and carceral behaviors at public secondary schools, is rooted in a deft analysis of American slavery and abolitionist movements, which also presented young people as the faces of their movements. Meiners argues that the prioritization of children does little to highlight how the prison industrial complex hurts all who are processed through it, including adults; at the same time, centering children’s innocence and helplessness encourages more state control over their bodies and choices, not less. Alone, her chapter is convincing and elegant. Placed between Micki McElya’s fascinating analysis of the white slavery reform movement and Sarah H. L. Gronningsater’s chapter on the free-womb laws intended to gradually move children out of slavery, her chapter is even more intelligible and power- ful in a broader historical context.

The organizational sophistication of the anthology continues into the last chapters, in which various writers make recommendations for continued scholarship and activism. Philosopher John Wall, activist Jonathan Blagbrough, and Professor Emeritus Gary Craig point out the need to distinguish between child slavery and child labor—failing to do so collapses young people into a group incapable of making difficult choices or taking charge of their lives, two things that real children do all the time. The historical chapters of Child Slavery demonstrated that children have always made difficult choices in their own interests, which contradicts the notion, promoted by architects of and adherents to the notion of free will, that children lack free will and cannot be full citizens.

As categories of historical analysis, both slavery and childhood have long intellectual histories. Their combination, however, has been more recent, and it has been generative—the conversation between students of childhood and of slavery has forced the acknowledgment that childhood is inevitably a racialized concept. Child Slavery Before and After Emancipation is at the vanguard of the growing and much-needed conversation between these fields of scholarship and activism. If we understand children to be an essential part of the lived experience of humanity, we can no longer ignore their experiences with slavery. Child Slavery is an excellent introduction to the ways that concepts of childhood and slavery reinforce each other and what scholars and activists can do to break down the scaffolding of oppression. 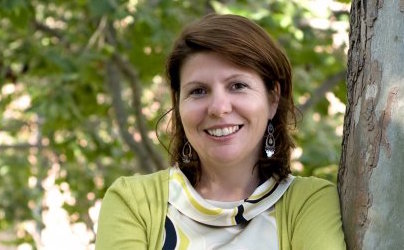 Anna Mae Duane is Associate Professor of English at the University of Connecticut, Storrs. Her scholarship focuses on children and race in a variety of constellations, including children as both victim and political actors in Puritan trial proceedings, antebellum literature, pre-and post-emancipation slave narratives, contemporary children’s literature, modern anti-slavery materials, and adult popular culture. She is the author of Suffering Childhood in Early America: Violence, Race, and the Making of the Child Victim (UGeorgia, 2010) and editor of The Children’s Table: Childhood Studies in the Humanities (UGeorgia, 2013), and Child Slavery Before and After Emancipation: An Argument for Child-Centered Slavery Studies (Cambridge, 2017). She is co-editor, with Kate Capshaw, of Who Writes for Black Children? African American Children’s Literature before 1900. (UMinnesota, 2017). Her current project, Educated for Freedom: Two Black Schoolmates who Changed a Slave Nation, will be published with NYU Press in 2019.