Child Soldiers in the Western Imagination

Please listen here for the interview with David M. Rosen and his colleague, Robert Houle. Visit the SHCY Podcast website for more episodes.

Child Soldiers opens with the stories of two young combatants separated by several centuries: Andrew Jackson, who fought as a teenager in the American Revolution; and Ishmael Beah, who wrote a bestselling memoir detailing his forced participation in Sierra Leone’s civil war in the 1990s. Both young men witnessed and inflicted suffering. Both feared for their lives and lost their families. Yet Jackson’s experiences were later celebrated in campaign literature as a symbol of his patriotism and stalwart character, while Beah came to represent the modern child soldier, invariably pictured as a brutalized victim in need of rescue by Western humanitarians. “What process,” Rosen asks, “turned the heroes of yesteryear into the victims of today?” (2) While he points to the rise of new ideas about childhood as a distinctive life stage marked by innocence and helplessness, Rosen is ultimately less concerned with unraveling how the now ubiquitous image of the child solider as victim took root than he is with demonstrating its relative novelty and its “mobility, transferability, and disconnectedness from history” (x). 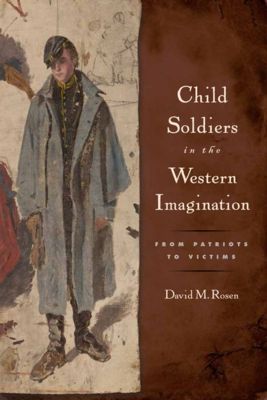 The book begins by laying out historical instances of child soldiers, a discussion that encompasses brief accounts of boys who fought in the American Revolution and the Civil War, followed by sketches of a handful of individuals. Rosen goes on to depict how underage enlistment became a battleground as the interests of the family, children, and the state came into conflict over the course of the nineteenth century. This conflict, he notes, had little to do with concerns over children’s capacities or unique vulnerability. Instead it revolved around how to balance parental rights with the needs of the state in times of national crisis. Far from seeing a resolution, this dilemma cropped up repeatedly, especially during the American Civil War, and its lack of resolution opened the way for adults to profit from children’s military service by coercing them into enlisting while withholding bounties or wages. 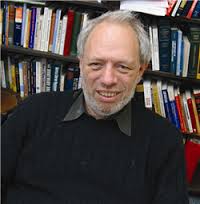 David M. Rosen is Professor of Anthropology at Fairleigh Dickinson University. His recent books include Child Soldiers in the Western Imagination: From Patriots Victims (2015) and Armies of the Young: Child Soldiers in War and Terrorism (2005). His articles have appeared in leading scholarly journals including the American Anthropologist, Ethnology and Anthropological Quarterly. His current research is on Jewish child combatants in World War II and is based upon interviews with former child combatants as well as testimonies collected at Yad Vashem while the author was Associate Fellow at the Harry S. Truman Research Institute for the Advancement of Peace, Hebrew University.