Revisit a discussion between Elieen Ford and Antoinette Burton about Ford's book, Childhood and Modernity in Cold War Mexico City. You can listen here. This conversation originally aired as Season 9, Episode 11 of the SHCY Podcast. Eileen Ford is Professor of History at California State University in Los Angeles. Antoinette Burton is the Maybelle Leland Swanlund Endowed Chair and Professor of History at the University of Illinois Urbana-Champaign.

The trajectories and conundrums of Mexico’s modernization after the 1910–1920 revolution have become the subject of countless studies. Whether such studies follow the presidential terms or select a topic and trace its process from small to big or from foreign to national and transnational (and in recent decades back to foreign ownership or management of the Mexican economy), development has become the centerpiece of scholarly and policymaking studies—made more so by Mexico being situated next to the developed giant. Eileen Ford’s book Childhood and Modernity in Cold War Mexico City tackles the problems deriving from the modernization and development of Mexico between the 1930s and the 1960s, and she carried out her study through the lens of childhood, touching upon the pivotal year of 1968, when those children who meander through the book might have joined the popular anti-government movement that ended in brutal repression by the state when it sought to assure the smooth going of the Olympics.

The concept around which Ford constructs her book is modernity, defined by industrialization, urbanization, modernization of infrastructure like highways, attention to hygiene, reverence for science and technology, increased housing, and the spread of culture and of leisure activities.

That desired modernity, however, stood in contrast both to actual uneven development and to population growth beyond the concomitant government’s capacity to build the necessary infrastructure, which engendered urban poverty, child labor, and destitution; thus, many children failed to experience that modernity. The Cold War in the title of the book refers to the post–World War II era rather than to the historical problem of the intersection of modernity, child deprivations, children’s role in state building, and the Cold War pressures and potentials that impinged on children.

Ford examines Mexico City’s poor urchins from multiple perspectives, each one revealing the complexity of their multilayered existence. Despite describing what might appear as nothing but a grim situation for the children living in tenements, the book emphasizes the city’s leveling opportunities for children from different backgrounds and the city’s role as an “educator.” Public transport increased the children’s mobility, and parks, playgrounds, cinemas, and theaters opened the children’s horizons beyond their socioeconomic statuses; these civic spaces even had the effect of diluting the class and race divisions, even though the streets displayed them. The city abounded with poor women with barefoot infants in tow, begging for coins. Yet in public schools, all children wore the same uniforms and social differences did not preclude lasting friendships, even when after school one friend might have gone to a middle-class family home while the other could have been obliged to work in order to contribute to the family economy.

The author delves into the history and ideology of the Ministry of Public Education, and she mentions the state’s implementation of socialist education in the 1930s—meaning nationalist, secular, and collectivist education—only to revoke it in the 1940s, when the national and international environment changed radically. Here it would have been a good place to link this phenomenon to the setting in of Cold War tenets even before World War II ended. Not only did the Mexican government change its priorities and policies after the radical 1930s, but the Latin American alliance with the United States and with the Soviet Union to win the war over fascism made such ideological stands expendable. Instead, the author concentrates on the closer partnership between the state and the Catholic Church, which was always influential in the educational sphere but was more unabashedly so after the war, notwithstanding the Mexican constitution, which mandated the separation of church and state.

By way of several means, the state strove to educate Mexican children to be modern citizens. For example, in 1961 the state provided free standardized textbooks to children as a way to communicate ideologies and “to more effectively control the formation of the nation’s children” (75). These textbooks were highly controversial, and parents organized into a Catholic association that opposed the obligatory readings—but to no avail. The minister of education Jaime Torres Bodet, a celebrated poet, in 1962 defended the textbooks as an equalizing force for combating poverty, arguing that they were within the reach of all children, “without unjust discriminations, imposed by the economic situation of their parents” (quoted on 77). True, these educational efforts and the spread of culture through radio, television, and cinema (the Mexican golden age and Walt Disney films) entertained children from all backgrounds. However, by 1970, 70 percent of the population fifteen years of age and older had not completed their elementary education.

Changing direction in the latter part of the book, Ford turns her attention to the representation of childhood through the print media and photography. Mexican economic growth was impressive between 1940 and 1960, but so was the mounting dichotomy of poverty and wealth—and increasing child labor contradicted the concept of a modern, protected childhood. The author brings to our attention a host of fine photographers and filmmakers who visually and graphically documented this contradiction between wealth and poverty vis-à-vis the official trumpeting of national prosperity.

In 1961, the American anthropologist Oscar Lewis published The Children of Sánchez: Autobiography of a Mexican Family, which came out in Spanish in Mexi- co in 1964. The book depicted the Sánchez family and their life in a poor neighborhood of Mexico City, portraying what Lewis termed the “culture of poverty” of the urban poor—a portrayal that included drunkenness, promiscuity, marital infidelity, domestic violence, and delinquency. The book’s publication provoked an uproar in Mexico, and the head of the publication house that published the book, the Fondo de Cultura Económica, had to resign. Since then, the book has become a classic of its genre. What Lewis accomplished in vivid narrative color, Ford accomplishes through painstaking historical research—showing the limits of modernity. But at the same time as it depicts modernity’s darker sides, the book demonstrates the role of the city as an “educator” of all children, leading to the creation of solidarities that could have made those who were once children, as adults later, converge on the streets of Mexico City in 1968 in protest against a government that failed them decades befre. By shooting at them in Tlatelolco, the government turned 1968 into a watershed in Mexican history. 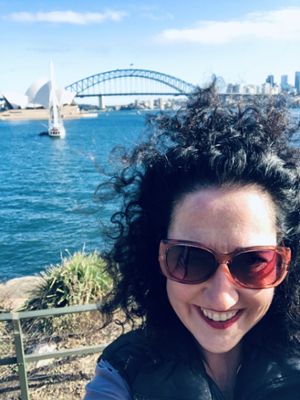 Eileen Ford is Professor of History at California State University in Los Angeles. Ford specializes in modern Mexico with research interests in the history of childhood and youth, cultural history, gender history, and visual culture. She has published in The Journal of Women’s History and The Journal of the History of Childhood and Youth. Recently, she has taken an interest in world history and contributed a chapter called “Insurgent Citizenships: Armed Rebellion and Everyday Resistance in the Global South” in World Histories from Below: Disruption and Dissent from 1750 to the Present. Her book Childhood and Modernity in Cold War Mexico City was published by Bloomsbury Academic Press, United Kingdom.