Childhood, Education and the Stage in Early Modern England

Childhood, Education, and the Stage in Early Modern England

Revisit episode 32 of Featured Books, here, originally published in March of 2020. Williams discusses her edited collection with John Edwards, artistic director of The Musicians in Ordinary. This was episode 5 of season 7 of the SHCY Podcasts, and reappeared at the end of the Summer, 2021. You can find our video recorded conversations on YouTube, and our podcasts can be subscribed to through Apple, Google, Spotify, and many other providers. Visit the SHCY Podcast website for more episodes.

Also see Musicians In Ordinary, a podcast that includes a recent episode on Anne Boleyn’s songbook, and the teenaged Margaret Board’s lute book. There you can find chats with Deanne and other scholars about the cultural context (theatre going in Shakespeare’s London, masques, theology, art history, music performance practise). You can listen to Musicians in Ordinary through Apple podcasts.

In the introduction to Childhood, Education and the Stage in Early Modern England Deanne Williams announces that the volume “showcases how these three major discourses,” childhood, education, and the stage, “‘grew up’ together in the early modern period, each coming to understand itself through interaction with the others” (3). “Discourses” seems an awkward term for all three topics named in the title, for while “childhood” is undoubtedly a discourse, “the stage” is more a set of practices and material arrangements, while “education” might be understood either way. This awkwardness points to an interesting problem that emerges over the course of the volume. Connections among childhood, education, and the stage seem obvious. And yet, taken collectively, these essays demonstrate the difficulty of keeping these terms simultaneously in focus. A number deal with the emergent idea of childhood, and several treat the children’s companies, but the overlap between these preoccupations is surprisingly limited, while education emerges mostly as a minor theme. All focus on dramatic literature, but most are concerned with the content of the texts rather than performance.

The volume arose from a conference seminar, which may explain this diffuseness, but these shifts in focus might also reveal something more substantial. In the introduction, Williams distinguishes between “what it meant to be a child” and “what childhood meant to and in this culture” (3). What childhood meant was a thematic preoccupation of literary representation. For a small minority of children in early modern England, what it meant to be a child included serving as a medium of representation. Perhaps it is the challenge of seeing figure and medium at once that I was noticing. The essays in the volume are consistently excellent. Each is learned, meticulous, and original, making the volume as a whole a substantial contribution to scholarship, and individual essays offer valuable interventions in a range of fields including Shakespeare, Milton, and Marvell studies, and the history of the theater.

Many of these essays explore the idea of childhood: the affect, images, and structures of relationships that literary texts develop with respect to children. “Incapable and Shallow Innocents: Mourning Children in Richard III and The Winter’s Tale” by Charlotte Scott argues, through sensitive readings of those plays’ representations of children, that innocence in Shakespeare’s plays is inseparable from mourning, known only from the perspective of its loss. Blaine Greteman’s “‘Too Green / Yet for Lust, but not for Love’: Andrew Marvell and the Invention of Children’s Literature” explores the association of childhood innocence with questions of rational understanding and political agency. Stephen Orgel’s “The Further Adventures of Ganymede” is a rich explication of a myth that presents the adolescent child as an erotic object. Several chapters more fully connect ideas of childhood to the practices of stage and school. Seth Lerer, in “Hamlet’s Boyhood,” writes about the habits of Hamlet’s scholarly boyhood. Joseph Campana, in “The Traffic in Children,” explores the circulation of children in early modern England, including in connection with the children’s companies. Lucy Munro, in “Speaking Like a Child,” explores dramatic representations of children’s speech, which reveal “the extent to which childishness could be both performative and performable” (82). Elizabeth Pentland, in “Modern Perspectives: Childhood and Education in Tom Stoppard’s Shakespearean Plays,” shows that in his Shakespearean plays Stoppard offers childhood as a model for the subjective condition of the learner.

The two chapters focused on the children’s companies engage little with education, and only Bart van Es’s terrific essay, “Shakespeare versus Blackfriars: Satiric Comedy, Domestic Tragedy and the Boy Actor,” touches on childhood. Bastian Kuhl, in “The Metamorphoses of Cupid: John Lyly’s Love’s Metamorphosis and the Return of the Children’s Playing Companies,” asserts that Lyly’s Love’s Metamorphosis is “a powerful expression of [the Children of the Chapel at Blackfriars’] self-fashioning among its theatrical competitors” (121). Similarly, the two chapters that bear on Milton’s Masque Presented at Ludlow Castle have a fairly oblique relation to childhood per se although they engage education more directly. Williams’s interesting piece on “Chastity, Speech and the Girl Masquer” also considers if not the stage then the performance. Williams situates Alice Egerton’s turn as the Lady in a “tradition of girls’ performance” (162). Douglas Trevor’s “Milton and Female Perspiration” reads the Masque as a response by Milton to Galenist physiology that construes women as colder creatures to be heated by hotter men. Milton offers a humanist riposte, demonstrating the power of literary re-telling that might make “hot and cold distinctions between men and women . . . harder and harder to maintain” (200). James J. Marino’s “All Macbeth’s Sons” offers a devastating exposure of the contortions psychoanalytic critics have gone through to make the Oedipus complex central to Macbeth. In place of Oedipus, Marino offers Laius, Oedipus’s murderous father, who embodies fathers’ desire to kill sons thereby thwarting their displacement by their own succession: “Macbeth is not a disguised or symbolic Oedipus; he is a thoroughly undisguised Laius figure” (234).

The insight captured in this volume goes in many directions. For that reason, scholars with many different preoccupations will find it repays their attention. 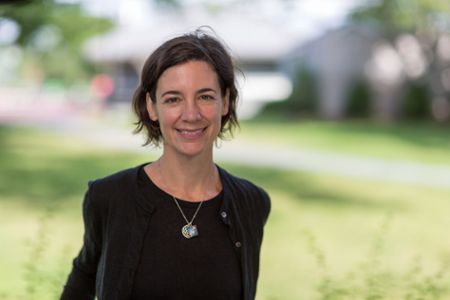 Deanne Williams is Professor of English at York University in Toronto. She is the author of The French Fetish from Chaucer to Shakespeare (Cambridge, 2004), which won the Roland H. Bainton Prize for best book in literature from the Sixteenth Century Society and Conference. She is co-editor, with Ananya Jahanara Kabir, of Postcolonial Approaches to the European Middle Ages: Translating Cultures (Cambridge, 2005), co-editor, with Kaara Peterson, of The Afterlife of Ophelia (Palgrave, 2012), and co-editor, with Richard Preiss, of Childhood, Education and the Stage in Early Modern England (Cambridge, 2017). In 2017 Professor Williams was elected to the Royal Society of Canada, College of New Scholars, Artists, and Scientists, and in 2018 she was awarded a Killam Research Fellowship from the Canada Council for the Arts. Her work has been supported by multiple SSHRC Insight Grants as well as by a President's Research Excellence Award from York University.