This week, Cynthia Connolly discusses her monograph, Children and Drug Safety: Balancing Risk and Protection in Twentieth-century America, with interviewer Janet Golden. You can listen here. You can listen to other episodes of the SHCY podcast by visiting the podcast website, or you can subscribe on Google Play and iTunes.

The final years of the Great Depression witnessed both triumph and tragedy in the pharmacological fight over deadly infections. By 1936, chemists had isolated sulfonamides, synthetic chemicals that had proven effective in conquering streptococcal meningitis and meningococcal meningitis, conditions that were most often fatal in infants and children. Sales of the new wonder drugs soared. Since these chemical agents were not under patent, several companies rushed to get their own versions to market as soon as possible. One manufacturer, attempting to strike a strategic advantage in the emerging pediatric marketplace, sought to liquefy one sulfa drug with diethylene glycol so as to make it more appealing to youngsters. The substance, marketed under the name Elixir Sulfanilamide, turned out to be deadly, killing over one hundred children. The national scandal led to the 1938 Federal Food, Drug, and Cosmetic Act, which mandated drug safety testing in the United States.

The Elixir Sulfanilamide tragedy, described in one of the chapters of Children and Drug Safety, usefully encapsulates the major themes of this book, which addresses the intersection of children’s health and drug policy in the United States from 1906 to the present day. The book begins with the controversy over baby-soothing mixtures in the late nineteenth century. As is well known, many of these so-called soothing mixtures were laced with opioids, including laudanum and heroin. Responding to the reporting of accidental deaths, American legislators sought a balance between patient safety and government regulation. The resultant 1906 Food and Drug Act, however, turned out to be less about the contents of drugs than an attempt to crack down on some of the more outlandish health claims of manufacturers. Yet, as opium became more of a preoccupation in the early decades of the twentieth century, the United States began to restrict the sale of narcotics, as reflected in the Harrison Narcotics Act of 1914.

The early decades of the twentieth century also witnessed the emergence of a self-identified group of pediatricians; however, they carried little clout with the powerful American Medical Association (AMA). The AMA jealously guarded their control over the medical pharmacopoeia and had little time for pediatricians’ demands for compulsory dosing guidelines for children. Until the late 1930s, this may have had little consequence, since there were so few drugs that were effective in children anyway. However, with the post–World War II boom in pharmaceuticals—propelled in part by the excitement over the discovery of broad-spectrum antibiotics—the stakes became much higher. Powerful and mutually beneficial relationships emerged in the 1950s between academic researchers and for-profit pharmaceutical companies. The latter needed these high-profile academic clinicians for their access to patients (and researchers’ trials required FDA approval); meanwhile, pediatric departments associated with universities nurtured these commercial relationships because of the lure of substantial external funding.

Needless to say, medical research involving children was riddled with practical and ethical challenges. Since childhood was not a stable life stage but, rather, spanned a range of physical sizes and physiologies, it was not clear even how to engage in pediatric drug trials in the first place. As a consequence, many companies simply chose to avoid children as test subjects altogether, since FDA approval did not require such testing until later in the century. What little research that did occur was carried out on an ethical frontier, where vulnerable populations were often easy prey for researchers. Ultimately, it took yet more scandals—that of thalidomide and the Willowbrook state school—to galvanize lawmakers into action, leading to a tightening of regulations in the 1960s and 1970s. And yet, even with occasional bursts of public outrage, the regulation of pediatric drug trials was surprisingly slow and half-hearted. For example, it would not be until the 1980s and the Orphan Drug Act (1983) that companies ramped up their pediatric safety trials and this only in return for generous financial incentives offered by the federal government.

Children and Drug Safety will be useful to pediatric clinicians interested in the origins and challenges (practical, political, ethical) involving children as test subjects over the course of the last 120 years. It demonstrates a deep understanding of the technical details of pediatric care that reflects the author’s own professional expertise in this area. For a wider audience of historians of childhood and youth, the book has some limitations, with its absence of any comprehensive historiographical introduction and little integration of literature regarding the social history of childhood and pediatric research outside the United States. The analytical claims are thus restricted to a survey and critique of American legislation and the many (often failed) attempts to raise the profile of pediatrics within drug-safety regulation. Still, it constitutes a valuable and sobering introduction to the history of American child drug safety debates during the twentieth century. 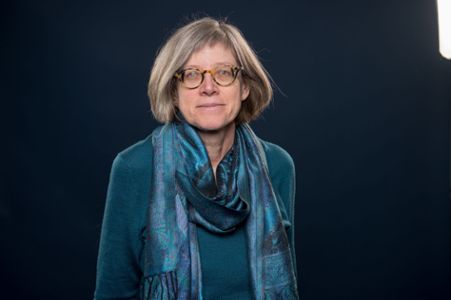 Historian and pediatric nurse practitioner Cynthia Connolly PhD RN FAAN is the Rosemarie B. Greco Term Endowed Professor in Advocacy at the University of Pennsylvania School of Nursing. At Penn, she is also associate director at the Barbara Bates Center for the Study of the History of Nursing and Co-Faculty Director at the Field Center for Children’s Policy, Practice, and Research. She received her PhD from the University of Pennsylvania.  She also completed a postdoctoral fellowship at the Center for the History and Ethics of Public Health at Columbia University’s Mailman School of Public Health and a legislative fellowship in the office of Paul Wellstone in the US Senate. Connolly’s research analyzes the historical forces that have shaped children’s health care delivery and family policy in the United States.  Her 2018 book, Children and Drug Safety: Balancing Risk and Protection in Twentieth Century America, published by Rutgers University Press, received the American Public Health Association’s Arthur J. Viseltear Award. The book’s research was funded through a Robert Wood Johnson Foundation Investigator Award in Health Policy Research grant and a fellowship from the National Endowment for the Humanities.  An earlier book, Saving Sickly Children: The Tuberculosis Preventorium in American Life, 1909–1970 received the Lavinia Dock Award from the American Association for the History of Nursing.