Children of the Silent Majority

Children of the Silent Majority: Young Voters and the Rise of the Republican Party, 1968-1980

Seth Blumenthal discusses his monograph, Children of the Silent Majority: Young Voters and the Rise of the Republican Party, 1968-1980, with Gavin Benke. Listen here. This episode originally aired as Season 9, Episode 14 of the SHCY Podcast. You can listen to other episodes of the SHCY podcast by visiting the podcast website, or subscribe wherever you get your podcasts. 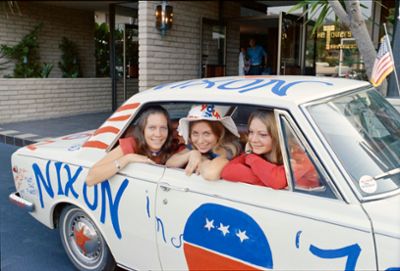 In a 1971 Newsweek poll, President Richard M. Nixon was recognized as the most admired living person—by young people. A year later 57 percent of young people felt that Nixon was “more sincere” and “believable” than other politicians. Nearly fifty years later, such praise for a disgraced leader seems difficult to fathom, which is why Seth Blumenthal’s Children of the Silent Majority is such a valuable contribution to the historical literature of American conservatism. In a tightly argued and clearly written book, Blumenthal demonstrates how the Republican party created an expansive, vital network that recruited and energized thousands of nascent conservatives—particularly youth not aligned with the Left—and did so with Nixon at its helm. 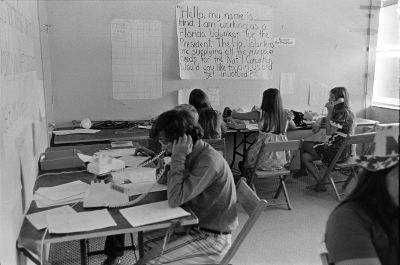 Blumenthal frames his story around three general themes: the Democratic party’s inability to meld its traditional urban, ethnic, and working-class constituency with its more leftist wing identified with radicals, women, and African Americans; the emergence in the South and the sun belt of evangelical youth who increasingly served as a bulwark against northern and western liberals; and the role mass media and a candidate’s image played in speaking to these same young people. Blumenthal shows us how the GOP began unlocking the youth vote through backing such issues as ending the Vietnam War and the draft, protecting the environment, and lowering the voting age from twenty-one to eighteen. The GOP’s decision to commit itself to building a national network through groups such as the Young Voters for the President (YVP) further illustrates how the party capitalized on independent and noncollege youth.

Blumenthal’s sleuthing is fascinating, and the breadth and depth of his research illuminates how so many young people not only played a role in the Republican renaissance but also became lifelong activists. By mining archives across the country, conducting interviews with lesser-known conservative activists, and detailing the machine that the Republican establishment created, he deepens our understanding of how conservatism, regarded in the 1950s as little more than discordant impulses, built a movement culture that led to political upheaval. At the same time, Blumenthal makes a compelling case for the decreasing importance of ideology within the party: in this telling, William F. Buckley Jr. is cited as frequently as the pop singer Tony Orlando. 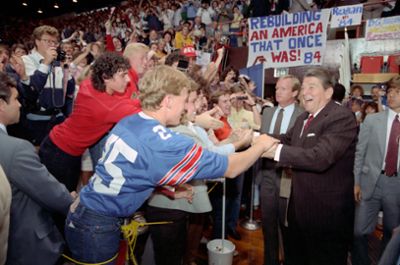 Like every project, this study has gaps. At times Blumenthal’s passion for uncovering the minutiae of groups such as the YVP means his analysis takes a back seat, and these details make the book too lengthy for class use. More critically, he could have gone further in confronting the GOP’s approach to race. In using busing, integration, and the Democrats’ revision of the delegate selection process prior to the 1972 election as wedge issues to further distance white ethnics from the New Deal coalition, Republicans never blinked at expanding their southern strategy to the urban North. When one GOP operative remarks in hindsight that “we were open, honest, welcoming,” Blumenthal seems to take him and others at face value (p. 216). And while Blumenthal’s claim that the GOP and the young people it recruited permanently changed American political culture, so did the Left, and many would argue in far more consequential ways. Nevertheless, by 1980 the former Yippie Jerry Rubin had declared, “never trust anyone under 30—they’re too conservative” (p. 263). Blumenthal’s work goes a long way in helping us understand that political and cultural tectonic shift.

1. YVPers in Nixon car making Nixon "with it." (Nixon Library)

3. “Rebuilding a Country that Once Was”: Reagan at Bowling Green State University rally in 1984. (Reagan Library) 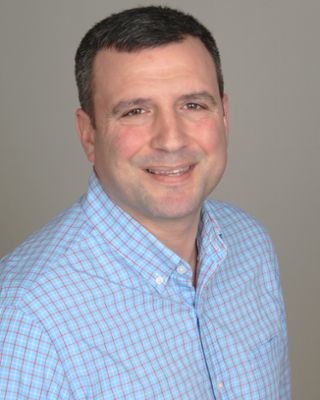 Seth Blumenthal is Senior Lecturer in the Writing Program at Boston University, where he earned his doctorate in 2013. His work has appeared in the Journal of Policy History and The Sixties: A Journal of History, Politics and Culture and he won the 2020 Metcalf Award for teaching at BU. Children of the Silent Majority: Young Voters and the Rise of the Republican Party, 1968-1980 (University Press of Kansas, 2018) is winner of the James P. Hanlan Book Award.