Listen to a conversation recorded for January 2020 when Dr. Lisong Liu reflected upon his monograph, Chinese Student Migration and Selective Citizenship: Mobility, Community and Identity between China and the United States with Shauna Lo. Lo is Assistant Director for the Institute of Asian American Studies at the University of Massachusetts, Boston. This conversation initially aired as FB 30 in s.7 and is being rerun as ep. 4 s.12. You can find the SHCY Podcast on Spotify, iTunes, and other platforms.

"If necessary, I might be obliged to create new conditions, if I found old ones were not favorable to any plan I might have. . . .” These words were written by Yung Wing, the first Chinese student documented in the United States, in his 1909 memoir, My Life in China and America. In his groundbreaking book, Chinese Student Migration and Selective Citizenship: Mobility, Community and Identity Between China and the United States, Lisong Liu explores how the navigation between external conditions, internal aspirations, and agency continues to dominate the experiences of the post-1978 cohort of Chinese students in the United States. Liu’s methodology marks an important expansion of scholarship on Chinese students, as his research is not only transnational in its topic, but in the range of voices and viewpoints represented. The book utilizes both English- and Chinese-language documents, unconventional sources such as chat rooms, article comment threads and “likes,” and educational industry trade fairs, as well as traditional historical documents like community newspapers, professional publications, and demographic data. He uses these sources to look at how class, race, and nationalism shape opportunities and inform choices made by Chinese students around migration, immigration, and return.

Liu argues that we must look at contemporary Chinese students in the United States in the context of the long history of Chinese–US interactions around higher education, interactions that have been shaped by political, economic, and ideological agendas. Chinese Student Migration opens with a description of the four waves of immigration since Deng Xiaoping’s Open Door economic policy of 1978, including a nuanced examination of the “American Dream” and the recent emergence of a “Chinese Dream,” both of which are tied to ideas of transparent political systems, economic opportunity, and quality of life. This first chapter offers insight into the economics and demographics of Chinese students and their families, as well as the environmental and cultural perceptions that drive US aspirations. It would have been helpful if student voices were as strong in this China-based section as they are in Liu’s US-based analysis. Chapter 2 examines the Chinese and American study-abroad industry, and the intellectual property and economic issues at stake as foreign students operate both as consumers and commodities within the US–China higher-education economy. Liu also looks at discourse within US higher education, as both administrators and policymakers express anxiety around “another type of ‘Yellow Peril’”(74).

Chinese Student Migration then moves to the United States in chapter 3, as Liu unpacks the transition from student to migrant or immigrant, and the racial politics guiding immigration laws. This chapter offers a compelling exploration of online virtual communities of overseas Chinese students navigating the complex regulations guiding paths to residency and citizenship. Chinese students in the United States discuss contacting politicians, making strategic employment choices and sharing documents and advice in an attempt to improve the speed and likelihood of their reclassification from student to immigrant. Chapters 4 and 5 examine the development of post-1965 Chinese–American communities and how professionals, formerly Chinese students, sculpt transnational identities. Liu adopts Bernard Wong’s “local-global framework” (164) to show how these communities establish Chinese schools, facilitate cultural exchange, and foster group identity as they develop roots in the United States. A part of this involves making strategic choices around citizenship, racial versus ethnic identity, and choosing employment opportunities that further the achievement of both the American and “Chinese Dream.” Liu argues that phenomenon like cyclical migration, citizenship, and return are means to this end rather than goals in themselves. Liu also documents how parenthood affects these choices, including the decision to bring over parents as unpaid childcare providers in a rotating cycle reminiscent of sojourning Chinese workers from previous generations.

Liu’s work fits into a new generation of Asian American studies that approaches identity from a transnational perspective. Like Aihwa Ong’s Flexible Citizenship and Erika Lee’s At America’s Gates, Liu sees Chinese students as agents, navigating institutions and policies in Asia and the United States in the service of both personal and national aspirations. He also explores how individuals embedded in a history of racialized stereotypes shape government and university gatekeeping policies in the United States. Liu’s book plays an important role in situating the experiences of current Chinese students in the United States into the longer history of politics of nationalism, race, and economics surrounding higher education and migration. It also serves as an excellent model for transnational scholarship, and the integration of multiple languages and perspectives into a coherent and easily accessible narrative. Chinese Student Migration lays the groundwork for future studies that engage more deeply with oral history in China to better understand the perceptions of Chinese students aspiring to study in the United States, as well as further examinations into the family support networks, including “sojourning” parents, that facilitate and shape contemporary Chinese-American communities. 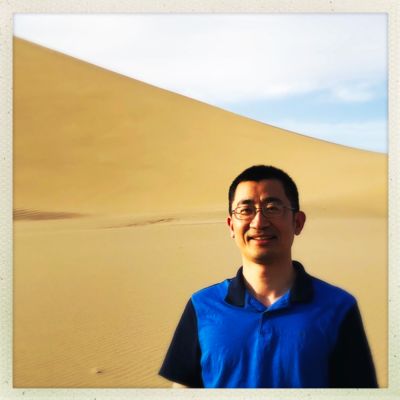 Lisong Liu is associate professor of history at Massachusetts College of Art and Design. He grew up in central China and then came to study in the United States and earned his doctorate in history at the University of Minnesota. His teaching and research interests focus on Asian American history, Chinese emigration and nation-building, comparative and global migrations, and U.S.-China relations. His articles and book reviews have appeared in the Journal of Asian American Studies, Journal of Chinese Overseas, Journal of World History, Journal of American History, and Huaqiao Huaren lishi yanjiu. Based on extensive fieldwork in the United States and China, he published his book in 2015 entitled Chinese Student Migration and Selective Citizenship: Mobility, Community and Identity between China and the United States. It is part of Routledge's “Chinese Worlds” series. His current research is about Chinese American history in the Greater Boston Area, and he continues his active involvement in the community and his passion in developing programs for American students to travel and study in China.