Within the history of childhood, emotions have always been present, but not necessarily explored. A key figure in the relative new field of emotional history is professor Peter Stearns, familiar to many historians of childhood and to readers of his journal: Social History– and books like Anxious Parents. A History of Modern Childrearing in America (2004).  His articles and books on the history of jealousy, fear and sibling rivalry etc. were eye-opening for me. They pointed my attention to the richness of “educative manuals”, magazines and letters from the readers, but also to aspects of the lives of children, family and parents, which are more embodied than discursive – difficult to make visible, but not less important.

Karen Vallgårda’s recently published book Imperial Childhoods and Christian Missions took me one step further in demonstrating how emotions could be explored, visualized, and understood. Missionary texts are emotionally rich. They were acts of emotional labour - a means for making and a record of the powerful connections between missionaries, indigenous children, and their parents.  They reveal 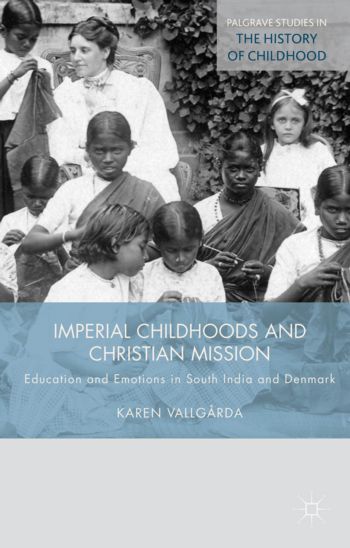 how missionaries managed and used feelings when educating the local children, their own children - and those more distant: children and adults back home in Denmark.

At first my interest in Vallgårda’s study was captivated by the concept of emotional labour and how it was unfolded and used.  Secondly I was attracted – and challenged by Vallgårda’s conclusion that the sentimental and scientific elements of the concept of the innocent child was not only a product of the rise of the middle classes in the West, but born out of transnational encounters.  These encounters altered European childhoods when missionaries wrote and globally circulated magazines, pamphlets, exhibitions, Sunday school classes, missionary slide shows, etc. The innocent child replaced an older understanding of children as dangerous and born in sin despite the fact that Christian missionary work itself had long rested on this older link between childhood and the Fall.  From the 1890s onwards the tone/discourse, as well as the educative practices, changed completely as the children were increasingly perceived as sweet, innocent and emotionally gratifying.

This new concept of the child was circulated partially through talks held during visits to the many “missionary houses” across the Danish cities and countryside. At the turn of the 20th Century these small and large mission branches could be counted by the hundreds, and by the end of WWI there were about 1400. Young and old came together to pray – but also to listen to talk about various subjects, inclusive reports from “foreign countries and cultures”. Here missionaries held a privileged position as informants. Vallgårda does not hide the fact that the impact of these meetings is open for debate, but her emphasis upon them is persuasive given the role that “third world children” play in advertising and fund raising campaigns today.  This revives an eternal question of what makes the concept of childhood change and even more fundamentally what naturalizes it, so that a certain view of children and their life seems self-evident to many people.

their own children and to the children back in Denmark.  These stories connect in unexpected ways, as when Vallgårda shows how new Western medical ideas about good motherhood and childbirth became part of the missionaries’ educative strategies towards the parents. Or how the new view of the child as innocent turned into an incentive to save it from the parents' racial and cultural inferiority.

During our talk, I asked Karen to draw an outline of her book and its main arguments. I furthermore asked her about her research questions and her methodologies – and her sources. In my reading, I was especially struck by the high level of reflectivity and the constant dialogue with other scholars of mission history. This dialogue widens the significance of the book beyond the Danish Missionary Society and its Indian outpost dating back to 1864 to include European missionary work, transnational cultural exchange, and the history of emotions.  I was curious to know, how she had managed this dialogue and what its contributions could be.

Karen Vallgårda belongs to a new generation of emotional historians, related to the two international centers for emotional history: the Max Planck Institute for Human Development in Berlin and at Melbourne University.  From these circles also comes the volume Emotions and Christian Missions. Historical Perspectives, edited by Claire McLisky, Daniel Midena and Karen Vallgårda in 2015 as part of Palgrave Studies in the History of Emotions. This collection covers emotional practices, micro-historical perspectives, and rhetorical strategies of a variety of religious movements and nationalities (English, Danish, German, Spanish and Swedish). In their introduction McLisky and Vallgårda point to the importance of the socio-cultural context for the understanding of particular emotions and emotional cultures – and they also draw attention to the fact that even though missionary sources are rich in emotions, some voices and emotions are silent. Most of the sources have been written by missionary men, even though their wives from early on took part in the work of conversion.  We find few words from prospective converts among children and parents. To be sure most of them were illiterate, but the missionaries seem to have no interest in their perspectives on missionary work.  This will not come as a surprise to a historian of childhood, but it is a reminder of the work which needs to be done to completely understand the concept of emotional labor from more than the side of the missionaries themselves. The editors also stress the conflictual nature of these emotional communities and the distance between formal ideas and everyday practices.  We have compelling evidence that frustration and anger were as common as the feeling of joy and happiness when conversion happened.  Some missionary stations were burnt down, some children ran away from the boarding schools, some parents fiercely resisted the removal of their children, and some Indian mothers protested against the child-birth practices advanced by missionary women.

Transnational and emotional history are two major themes within the current field of scientific history, judging from the program at the World History Conference in Jinan in August 2015.  In Karen Vallgårda’s analysis of the Danish missionaries and their relations to Indian children and their parents the two are combined and connected in a fruitful and thought-provoking way. Her work is appealing and easily read.  It raises methodological as well as existential questions which invite careful consideration. At a moment when the history of childhood has been institutionalized with conferences, centers, dictionaries, online bibliographies and journals, it is time to start thinking anew about our concepts, understandings and complexities. In my mind, 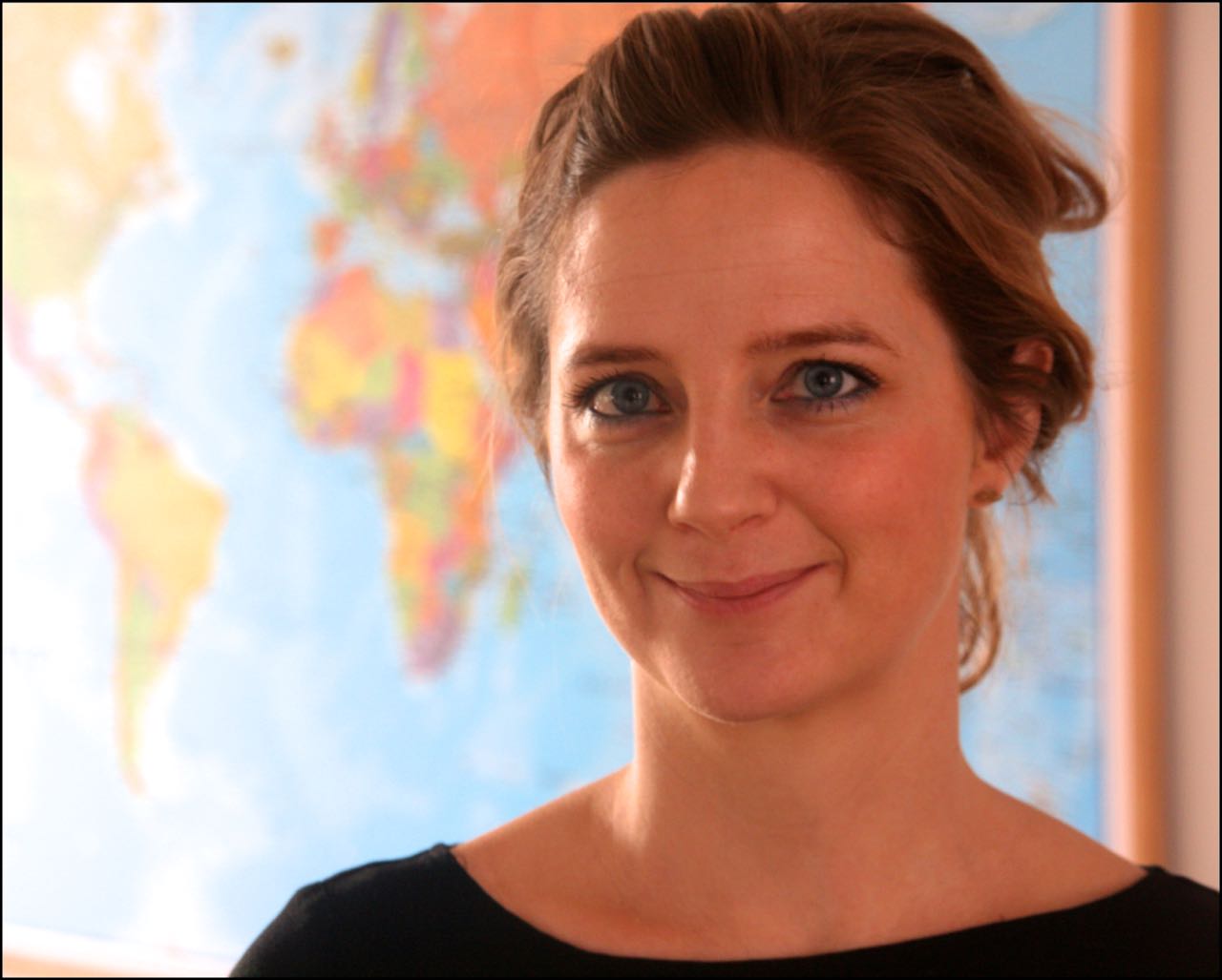 Karen Vallgårda’s work will help us do this.

Karen Vallgårda is an Assistant Professor of History at the University of Copenhagen, Denmark. She has published articles on childhood, the history of emotions, Christian mission colonialism, gender, race, and divorce. Her book Imperial Childhood and Christian Mission. Education and Emotions in South India and Denmark, was published by Palgrave Macmillan in 2014. Her current project explores the emotional practices of divorce in Denmark from 1885 to the present.

Ning de Coninck-Smith is professor of the history of childhood and education at the University of Aarhus, Denmark. She has most recently co-edited and contributed to a five volume history of the Danish school system [Dansk skolehistorie. Hverdag, vilkår og visioner gennem 500 år]. Together with Marta Gutman she has edited Designing Modern Childhoods. History, Space and the Material Culture of Children (Rutgers University Press, 2008). She is currently working on a project on the shaping of Danish children’s culture within museums, libraries and theatres during the 1960s and 1970s.