By: Timothy B. Neary

Timothy was interviewed by Lindsay Guarino about Tim's monograph, Crossing Parish Boundaries: Race, Sports and Catholic Youth in Chicago, 1914-1954. You can listen to that interview, here. Lindsay is an Associate Professor of Dance and McAuley Scholar at Salve Regina University in Newport, Rhode Island. You can listen to other episodes of the SHCY podcast by visiting the podcast website, or you can subscribe on Google Play and iTunes.

You can read the audio transcript for the podcast and YouTube interview, here.

Timothy Neary's Crossing Parish Boundaries examines the Catholic Youth Organization (CYO) founded in Chicago in 1930 by Bishop Bernard Sheil. Sheil aimed to attract working class youth tempted by a secular world into morally-based athletic competitions. From the beginning, Sheil's hoped to use the CYO as a mechanism to bridge the racial divide that threatened the stability of Chicago's Southside neighborhoods since the advent of the Great Migration.

The CYO's foundation rested on parish-based men's Holy Name and Big Brother Societies and school gymnasiums and community centers. Although a small minority of the city's African American population, Black Catholics from St. Monica's, St. Elizabeth's, Corpus Christi, and St. Anselm's were eligible to play in its leagues. Sheil's view on race was based on a simple spiritual principle—African Americans were a part of the body of Christ and equally eligible to participate—hence the title Crossing Parish Boundaries.

Recognizing its glamor in a rough, industrial world, Sheil organized boxing matches. That success led to the creation of other sports competitions in basketball, track and field, swimming, and summer day camps. The CYO also supported young women's athletics. As a charismatic leader, Sheil attracted the attention and support of local and national sports figures to promote the CYO.

Neary argues that Sheil and the CYO fostered lasting positive interracial experiences for white and black youths. Neary also claims that this interracial experience factored into ties between the Chicago Irish political machine and black Catholic politicians. In this regard, Crossing Parish Boundaries adds to the history of Catholic Chicago and the interaction of racial groups in urban America.

Neary, however, argues that his book "presents a counternarrative to the dominant historical interpretation of white ethnic Catholicism rejecting everyday interracialism in American cities." This "counternarrative" is not an original argument, nor is his claim correct that the dominant historical literature presents a rigidly racially divided Catholic American experience. Neary argues against one book—Parish Boundaries: The Catholic Encounter with Race in the Twentieth-Century Urban North (1996) by John McGreevy. McGreevy's fine book does examine Catholic parish throughout the North and argues that interracial cooperation was a rarity and failed to achieve any lasting success.

Although his study focuses on Chicago Catholicism, Neary overlooks works by Jeffrey Burns, John Kotre, and James Smurl, that would have contextualized his study and told a far more complex story on Catholicism and race in this city. The Catholic Interracial Council and the Christian Family Movement were both founded as lay organizations and headquartered in Chicago. Their inspiration came from the same Catholic Social teaching of Monsignor Hillenbrand and operated local "cells" that "crossed parish boundaries." Chicago also hosted a vital Young Catholic Worker movement that reached out to youths—black and white—across the city. While they did not create an integrated society any more than the CYO, they did transform attitudes and lives in much the same way Neary claims the CYO did.

Neary also overlooks the findings of my book What Parish are You From? A Chicago Irish Parish Community and Race Relations, 1916–1970 (1995), which documents the work of Chicago Catholic clergy and laity who crossed "parish boundaries" for racial justice on Chicago's Southwest Side in the 1950s and 1960s. St. Sabina pastor Monsignor John McMahon helped found the Organization of Southwest Communities (1959) with the Catholic Interracial Council and priests inspired by Monsignor Hillenbrand. Its goal was to create stable, harmonious, integrated neighborhoods. To achieve that end, the OSC and its member churches not only "crossed parish boundaries" reaching out to African Americans, it also created an ecumenical movement by including Protestants and Jews.

Like the CYO, the OSC did not achieve a racial utopia in Chicago. Because of its commitment to Catholic social justice, however, St. Sabina's did not racially "turn overnight" as Neary suggests. The experience of integration lasted ten years. In that period African Americans came to see that the church was not racist even if many of its white parishioners were. St. Sabina's then became a prominent Black Catholic Church. Neary only mentions the St. Sabina's experience to note a 2001 incident in which white Catholic athletes from other parishes refused to travel to the black parish claiming fears of safety. If Neary thinks St. Sabina's was a failure in race relations because of this incident, then so was the CYO. Neary claims it took Vatican II to inspire priests and nuns to march in Selma for Civil Rights. However, by overlooking previous works on Chicago Catholics, his study does injustice to the priests, nuns, and laity who "crossed parishes boundaries" throughout the city and prefigured Vatican II.

Rather than dwell on a "counternarrative" that has already been developed, Neary could have told a much more complex and nuanced story of northern urban Catholicism's attempts to negotiate its way from a defensive subculture to one seeking social justice. It is a far richer story than he presents. He instead wrote a good history of the CYO. 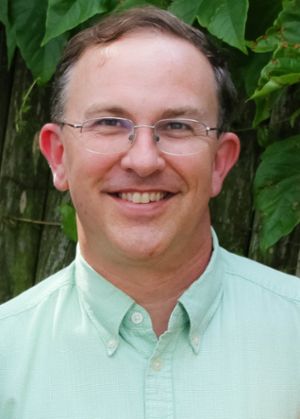 About Timothy B. Neary

Timothy B. Neary is Chair and Professor of History, as well as Coordinator of American Studies, at Salve Regina University in Newport, Rhode Island, U.S.A. He is also a faculty fellow at the Pell Center for International Relations and Public Policy and a McAuley Institute Scholar (2020-2021), both at Salve Regina. Neary earned an AB in American studies from Georgetown University, and MA and PhD degrees in history from Loyola University Chicago. His first book—Crossing Parish Boundaries: Race, Sports, and Catholic Youth in Chicago, 1914–1954 (Chicago: University of Chicago Press, 2016; paperback, 2018)—examines the role of Bishop Bernard Sheil and the Catholic Youth Organization in promoting everyday interracial interactions and cooperation among young people a generation prior to the traditionally recognized start of the modern American civil rights movement and the Second Vatican Council. Neary’s work has appeared in scholarly journals such as American Catholic Studies, Journal of Illinois History, Journal of Urban History,Religion and Society: Advances in Research, and U.S. Catholic Historian. Among other topics, he teaches undergraduate courses on the modern American civil rights movement, public history, the history of sport in the United States, and American urban history.