Johann Neem discusses Democracy's Schools with his long-time colleague and friend Kate Destler. This conversation initially appeared as FB 31, ep5, s7 in 2020; it was reloaded in August 2021 as ep5, s12. You can find the SHCY Podcast on Apple Podcasts, Spotify, and many other platforms. Visit the SHCY Podcast website for more episodes.

The book that will come to mind for most readers of Democracy’s Schools is Carl Kaestle’s now-classic Pillars of the Republic. It covers the same period as Democracy’s Schools, but Johann Neem’s emphases differ. Both books address the contest between local control of schools and centralized schooling (what Kaestle dubbed “cosmopolitanism”); both explore the infinite variety in early schooling and the rise of the common school (precursor to tax-supported, free public schools); and both describe the undercurrents, and underbelly, of the nativist streak that has reverberated in American life since the decades of the common schools’ expansion. Both attest to the eventual triumph of pluralism and the wisdom of confident assimilationism. But whereas Kaestle brings down the curtain on the first half of Pillars with the brilliant chapter in which he explains the peculiar and (in my view) almost inexplicable success of “schooling for all” in terms of the “ideology” of native Protestantism, Neem’s inclination is to look at local politics to explain the reluctant capitulation of localism to the centripetal inevitability of cosmopolitanism.

Democracy’s Schools springs from Neem’s conviction that historians of the last generation were so engulfed by the “culture wars” of post-1960s debates in education history that they too often lost sight of the big picture. Concerns about whether public schooling primarily served the interests of the ruling elite, by creating a vast mechanism of social control in the guise of public interest, obscured important philosophical issues, he urges, such as efforts to assert civic values and the liberal arts over homegrown values and the desire of local tax- payers to bolster community interests and local custom. One wonders, though, what impelled Neem to retrace terrain already rendered so ably and in such intimate detail by some of the most notable scholars who have ever turned their minds to the history of education, such as Lawrence Cremin, Maris Vinovskis, and Carl Kaestle? The answer may lie in what is so conspicuously downplayed in Neem’s narrative: the recognition that schooling is a mechanism fundamental to preparing young people for economic competition as adults. Given how central this aim is today—how intimately connected schooling is to future employment—one might expect more illumination here than Neem provides. But Neem’s is a purposeful omission, for one of his objects in highlighting the basic goals of citizenship and broad exposure to the liberal arts is precisely to make us set aside the more economic, utilitarian aspects of schooling in favor of virtues that have withered in an economy with so little use for young adults lacking a high school diploma.

Neem’s contributions are four: He identifies social capital as an attribute of schooling appreciated by early advocates of public education, a concept he employed effectively in his first book, A Nation of Joiners (and elsewhere). In the most illuminating portion of Democracy’s Schools (chapters 1 and 2), he discusses the many ways that Americans of the early republic, especially in their promotion of public education, stressed the importance of “self culture.” He offers a highly readable analysis of issues particular to the rise of public education during the first half of the nineteenth century in light of contemporaneous political and social changes. And finally, he provides a useful guide to the historiography produced after the publication of Kaestle’s Pillars on this important era in the history of education.

Newcomers to the history of education in the United States are understand- ably energized by contemporary issues such as the role of schooling in perpetuating racial inequality, the extreme social stratification of access to good schooling, and the continued disenchantment of the American public with public education. Against these concerns, the retelling of “origins stories” like Democracy’s Schools may be greeted by the rising generation of education historians with tepidity. There are echoes in Neem’s account of current preoccupations, to be sure, but his virtue as a historian (a quality on display throughout this volume) is his attention to the value of context in understanding the important, bedrock issues of the past. These include questions of equity, racial and religious antipathy, and “social goods,” but importantly, Democracy’s Schools also offers a lucid, graceful synthesis of the many fractious issues that animated the rise of public education during the antebellum decades.

Neem writes with concision, style, and wit. His prose offers arresting views of what were often messy, even incomprehensible contradictions in the formation of publicly financed schooling during the first half of the nineteenth century. And like the books that have preceded his in a series called “How Things Worked,” Neem’s is meant, presumably, to cut through the sometimes mysterious and ever-contingent nature of historical change to restore meaning to, or to clarify, forgotten and misunderstood parts of the American past. 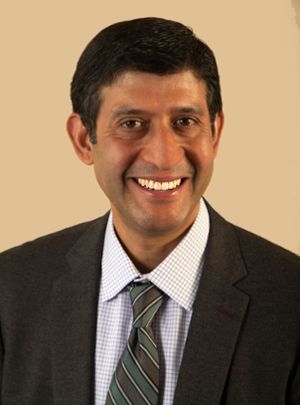 Johann N. Neem is author of two recent books, What’s the Point of College? Seeking Purpose in an Age of Reform (2019) and Democracy’s Schools: The Rise of Public Education in America (2017). He is also co-editor, with Joanne B. Freeman, of the recent volume Jeffersonians in Power (2019). He writes about the history of American democracy and education, and his work has been published in such venues as the Chronicle of Higher Education, Inside Higher Education, the Washington Post, and USA Today. He is Professor of History at Western Washington University in Bellingham, Washington.

SHCY Featured Books series offers a permanent multi-media record of personal conversations and reflections about important contributions to the history of childhood and youth, and related fields of study. You can support SHCY by becoming a member, here.