Deborah Doroshow and Mical Raz discuss Emotionally Disturbed: A History of Caring for America's Troubled Children. You can listen, here.

Emotionally Disturbed: A History of Caring for America’s Troubled Children.

The decades surrounding World War Two were a “time of optimism” in child mental health, according to Deborah Blythe Doroshow, but it was, she thinks, only a brief interlude (p. 237). In Emotionally Disturbed: A History of Caring for America’s Troubled Children, Doroshow describes a generation of “pioneer” psychiatric professionals who constructed the emotionally disturbed child as a new figure populating the mental health landscape and created a unique space – the residential treatment center (RTC) – in which to treat these seriously troubled children “who couldn’t be managed anywhere else” (p. 2). Doroshow argues that the development of category and space were co-dependent; each supported the existence of the other. Hers is a rosy picture of the work of the staff in these centers and the experiences of young people who found their way to the milieu therapy that defined the treatment strategy of an RTC. “Milieu therapy,” as Doroshow explains, was the controlled environment in which all aspects of residential care were considered therapy directed toward changing the child’s behavior. But as Doroshow cleverly shows, the optimism motivating this post-war generation of mental health professionals was short-lived. Both the emotionally disturbed identity and the residential treatment space were ill-suited to the cultural, political, and professional landscape that emerged in the 1970s and 1980s. Doroshow finds that the unraveling of emotional disturbance as a diagnostic category has left us today with a troubled group of children and their families but a mental health system that lacks a strategy for treating them. Part historian and part advocate, Doroshow convincingly advocates for a reexamination of the lessons to be learned from residential care as treatment for emotional disturbance that marked the time of optimism.

Doroshow grounds Emotionally Disturbed in the widely accepted notion that diseases may have a somatic component, but the experience of a disease and the meanings attached to it are constructed from social context. She sees identification of the emotionally disturbed child and the opening of residential treatment centers as consequences of a philosophy of child welfare and child guidance that, during the 1930s and 1940s, began to favor community-based care for dependent children and those with relatively mild emotional and behavioral problems. In this environment training schools, orphanages, schools for the “feebleminded,” and children’s units of psychiatric hospitals lost focus only to discover new purpose in providing psychiatric care for a class of children who fell outside the bounds of community care. These children – too odd for fostering or adoption and too troubled to remain at home – were targets of the emotionally disturbed label. By the 1950s a network of psychiatric specialists had created a professional identity tied to providing residential treatment as a last resort for these youths. The centers, Doroshow argues, legitimized the label applied to these children, just as the new diagnostic label provided legitimacy to residential psychiatric care centers for children.

Doroshow uses origin stories told about individual institutions along with published accounts of the treatment they offered to unpack the dimensions of a category as vague as emotional disturbance and to trace the experiences of the emotionally disturbed child from admission to discharge. The author reminds readers that the voices of the children heard in her book are mediated by the experts who wrote about them. Nonetheless, she has done an admirable job picturing the center through the eyes of the children as well as those who cared for and treated them, and the book brings to life the centers’ use of milieu therapy.

Doroshow positions the emotionally disturbed child and the RTCs’ milieu therapy in a mid-century psychiatric community steeped in psychoanalysis. She also points to the influence of a post-war culture that placed great value on normality. A child whose behavior transgressed mid-century social norms, particularly gender norms, was a child whose emotional disturbance correlated with pathological emotions traceable to abnormal, pathological family relationships often described as “disorganized.” Milieu therapy, then, was intended to instill in the emotionally disturbed child behavior that replicated the social and gender normality seen in middle-class two-parent families. Doroshow shows that responsibility for fostering this milieu fell not entirely to the interdisciplinary team of psychiatric therapists, psychologists, or social workers. Milieu therapy also relied on a staff of surrogate parents and nurses who had the most direct and constant contact with children. Moreover, RTCs attempted to intervene with parents as well as treat their emotionally disturbed children.

Though the author acknowledges the trials faced by underpaid staff with 24-hour- a-day responsibility, the kids who might never be as compliant or as successfully transformed as the ones seen in journal articles, and the parents who failed to respond to the center’s determination of their complicity, Doroshow’s study describes an ideal of psychiatric care. For the most part a network of psychiatric professionals intent on perpetuating that ideal told the stories she has gathered together. Faith in the residential center collapsed beginning in the 1970s as cracks in the ideal began to appear. Doroshow finds that the unraveling of emotional disturbance as a diagnostic category occurred in the context of a perceived crisis in child mental health, a revamped system for funding mental health services, a preference for deinstitutionalization and community mental health centers, a medical community poised to see emotional disturbance as a neurological rather than a psychological problem, and a political culture that privileged family control of children. At the same time, organized groups of parents of intellectually disabled children and children with autism set about securing help by disentangling these youths from the category of emotional disturbance. Doroshow describes the centers’ attempts to adapt to the new social context by redefining center functions, but ultimately she sees a current situation in which professionals and agencies are ill equipped to address the needs of marginalized emotionally troubled youths.

Emotionally Disturbed, with its tale of the rise and fall of RTCs, is a needed addition to our understanding of the ways Americans have defined the problems of children who challenged social expectations, children who seemed to fall outside the norm. The book’s insights into the history of the child as the object of psychiatric concern confirm the value of seeing twentieth-century psychiatry not as a monolithic entity, but rather as a system designed for and influenced by age, class, race, and gender differences. 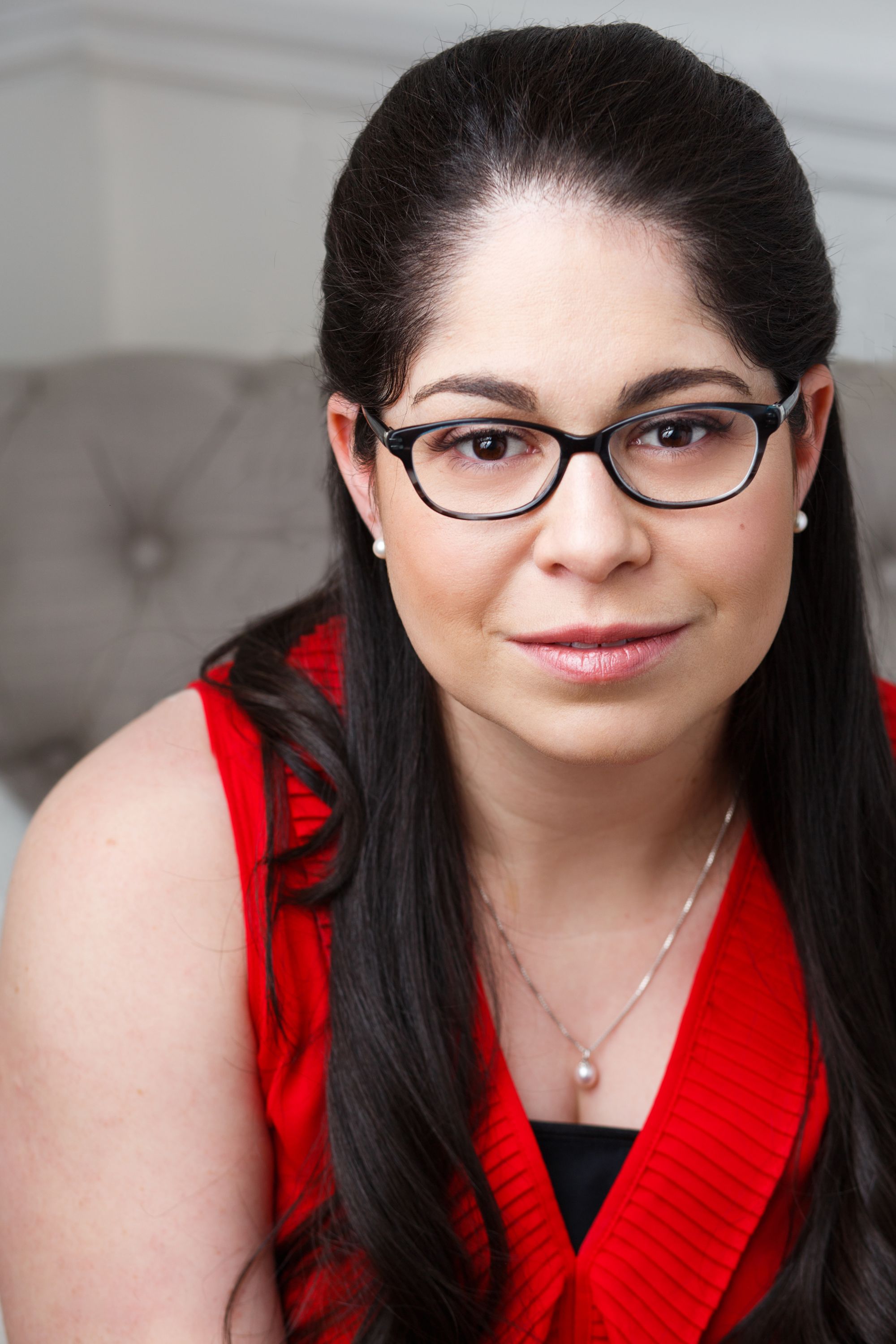 She graduated from Harvard College in 2004 with a B.A. in History and Science, where she wrote a senior thesis entitled "The Injection of Insulin Into American Psychiatry," which explored the history of insulin coma therapy for schizophrenia. It was awarded the Thomas Temple Hoopes Award for outstanding senior thesis, and a portion of it was subsequently published in the Journal of the History of Medicine and Allied Sciences.

She earned her Ph.D. in History with distinction (concentration in the History of Science and Medicine) from Yale University in December 2012, winning the Edwin W. Small prize for outstanding dissertation in American History and the Pressman Career Development Award from the American Association of the History of Medicine. Her book, Emotionally Disturbed: A History of Caring for America's Troubled Children, was published by the University of Chicago Press in 2019.

Additional historical work has included a study of bedwetting alarms and parenting practices in mid-twentieth century America (Isis, 2010) and a history of laws mandating premarital syphilis testing (Social History of Medicine, 2019). She is an active member of the American Association for the History of Medicine and enjoys mentoring clinician-historians in training.

Deborah earned her M.D. from Harvard Medical School in 2013. She completed her internship and residency in internal medicine at the Yale University School of Medicine in 2015 and her fellowship in hematology and oncology, also at Yale, in 2019. At Mount Sinai, she treats adults with lung cancer as well as adults with a variety of solid tumors as part of the Early Phase Trials Unit, where her work focuses on the DNA damage response.