Evil Children in the Popular Imagination

Evil Children in the Popular Imagination

Karen Renner discusses the ways in which children are cast as evil or horrific in her monograph, Evil Children in the Popular Imagination. Listen to her discussion with Trevor Warren and Courtney Brooks, both Masters of Fine Arts students in Creative Writing at the University of Northern Arizona.

Evil Children in the Popular Imagination.
By Karen J. Renner.

A central tenet of monster theory is that monsters can reveal the construction of normal in a given society. The monsters we imagine in art, folklore, religion, and popular culture introduce what Jeffrey Jerome Cohen calls a “category crisis,” because they disrupt dominant ideas about nature, sexuality, morality, the body, community, and so forth. Fictional monsters destabilize classification systems, for they exist outside of the borders and binaries by which we organize our lives. Is the zombie dead or alive? Is the werewolf human or animal? Is Frankenstein’s monster a villain or a victim?

In Evil Children in the Popular Imagination, Karen Renner explores the mul-tiple category crises that emerge when the monster in question happens to be a child. Monstrous children—and children acting like monsters—are the subject of Renner’s analysis, and her book explores the various ways in which these bad seeds interrogate our prevailing ideas about innocence, wonder, and child development. Renner suggests that the horror of “evil child narratives” turns on a particular urgency related to the construction of childhood: “The evil child must either be exorcised—returned to the category of Child—or exterminated, for they have no place in our world” (8). Evil children, she argues, both expose and reinforce beliefs about childhood innocence.

Evil Children is an encyclopedic survey of the supernatural and “supernormal” young that haunt our popular culture. Renner examines six narrative subtypes, taken mainly from literature, film, and television: monstrous births, gifted children, ghost children, possessed children, ferals, and changelings. She focuses on stories that have appeared with increasing frequency since World War II. While she does not delve into the historical circumstances that may have generated these evil child narratives in the postwar era, she does give a nod to the baby boom, fears about juvenile crime, and the rise of teen culture as possible contexts. At first, she points out, there were short stories about bad kids written by the likes of Ray Bradbury, Richard Matheson, Shirley Jackson, and Joyce Carol Oates (one wonders if comic books may have featured tales of evil children, especially given the moral panic surrounding them in the 1950s, but graphic storytelling is not part of Renner’s pop culture inventory). She makes the case that Rosemary’s Baby, both the novel (1967) and the film (1968), signified a kind of arrival for the evil child in popular culture, for it was followed swiftly by stories about supernormal youth written in the 1970s by Stephen King, Dean Koontz, Anne Rice, and others. By the 1980s, evil kids were already so mainstream that Zebra horror, a paperback division of Kensington Publishers, started churning out evil child narratives en masse, with titles like Child’s Play, Only Child, and Daddy’s Little Girl (4).

Evil Children is primarily a study of narrative and theme. Stories about monstrous births, for example, explore the “harmful contributions of mothers, the genetic influences of fathers, and the ways that scientific meddling can trump both” (8). Stories about gifted children—youth with supernatural powers like telepathy or telekinesis—are “symbolic examinations of childhood develop- ment theories” (9). Possessed child narratives are “parables about how failed parenting allows children to become vulnerable to dangerous influences,” and The Exorcist suggests that “failed family structures allow demons to sidle into the home” (95, 102). The ghost child “is a symbol of the dark potential of the abused child,” while tales of ferals explore what childhood looks like for children who are unaffected by, or removed from, societal influences (89).

Throughout Renner’s book, the evil child is closely read as a symbol that is sometimes, but not always, situated within a larger context. The production, reception, and wider resonance of these fascinating popular texts is thinly described, and historians may find themselves wishing for deeper dives into the social milieus that created such creepy kids. That being said, this book, as well as Dominic Lennard’s Bad Seeds and Holy Terrors: The Child Villains of Horror Films (SUNY, 2014), T. S. Kord’s Little Horrors: How Cinema’s Evil Children Play on Our Guilt (McFarland, 2016), Markus P. J. Bohlmann and Sean Moreland’s Monstrous Children and Childish Monsters: Essays on Cinema’s Holy Terrors (McFarland, 2015), and Renner’s edited collection, The ‘Evil Child’ in Literature, Film, and Popular Culture (Routledge, 2012), make a convincing case for the importance of studying the little monsters of popular culture. What better way to probe the myth of the innocent child than to analyze its opposite? “The history of evil child narratives has largely been a series of efforts to confirm the essential innocence of children,” writes Renner, and her book is a terrific resource for childhood scholars who may want to research and teach representations of the bad and the ugly alongside the good (7). 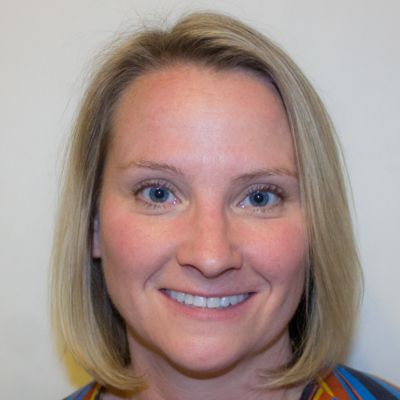 Karen J. Renner is an associate professor of English at Northern Arizona University, where she teaches classes in American literature and popular culture, specializing in horror. Her edited collection The ‘Evil Child’ in Film, Literature, and Popular Culture was published by Routledge in 2013, and her own single-authored study of the topic, Evil Children in the Popular Imagination, was published in 2016 by Palgrave Macmillan. She is currently working on a follow-up book tentatively titled Killer Kids: Juvenile Homicide in U.S. Popular Culture, which is under contract with the University Press of Mississippi. Renner has also published essays about masculinity in ghost-hunting “reality” television, the treatment of millennials in The Cabin in the Woods, the appeal of the apocalypse, and the treatment of aging women in American Horror Story. You can learn more about her publications on her website. In her spare time, Renner also enjoys photography, which you can see on her blog.