Fictions of Integration: American Children's Literature and the Legacies of Brown v. Board of Education

Listen to Naomi Lesley's interview with Vanessa Martinez about Lesley's monograph, Fictions of Integration: American Children's Literature and the Legacies of Brown v. Board of Education. Naomi Lesley is Associate Professor of English at Holyoke Community College. Vanessa Martinez is professor of Anthropology at Holyoke Community College. You can listen to other episodes of the SHCY podcast by visiting the podcast website, or you can subscribe wherever you get your podcasts. The transcript for this podcast episode is available here. This conversation originally aired as Season 9, Episode 15 of the SHCY Podcast.

Fictions of Integration: American Children’s Literature and the Legacies of Brown v. Board of Education.
By Naomi Lesley.
New York: Routledge, 2017.

Naomi Lesley’s new study is meticulously researched and wide ranging. Even a cursory look at the bibliography reveals the depth of exploration that went into this project, delving into the fields of education history and philosophy, education practice, literary history, legal history, gender studies, disability studies, politics and racial justice, American and African American studies, the school publication market, and more. Lesley references nonfiction, journalism, scholarly research, Web sites, and blogs, but most importantly, the heart of the inquiry is American children’s fiction in the context of the complicated fallout from the Brown decision.

Lesley’s introduction is professional and simultaneously very personal in a way that invites her readers to participate in an honest discussion. She reflects upon her early days as a young, white, middle-class, female teacher working in a Washington, DC, charter school serving African American and Latino students. Interestingly, although the school “explicitly encourage[d] teachers and students to connect curricular learning to everyday public policy concerns” (2), this did not happen. Thus Lesley frames the book as an opening up of the conversations that were not shared in that time and place, and by extension all over this country, across the years since the Brown decision.

One of Lesley’s virtues is that she is explicit about the scope of her book, acknowledging (and even admitting that it might be problematic) that she does not examine powerful books such as those written by authors including Sherman Alexie, Gene Yang, and Thanhha Lai, and that she doesn’t address some of the attendant issues—language, homogenization, and imperialism. But then she explains why this decision is not problematic at all; there is plenty of material for other scholars to explore. It is useful, in any case, to know before leaving the introduction what the scope of the book is. It includes books by both African American and non–African American writers, books in and out of print. It addresses which books are given to children to read and which books are not. Lesley comments upon which books are awarded prizes and which are not, as well as how the publishing industry regulates which books ever get into print and into the hands of the education establishment. How are they used and discussed and tested on? This is perhaps one of the most valuable and revealing discussions for those immersed in the world of children's literature.

In the first chapter, “Scripting History and the Genre of Desegregation Stories,” Lesley meticulously maps out the landscapes of these texts, guiding her readers through the twists and turns of the genre and noting how various texts both fulfill and depart from the dominant generic patterns. She offers plenty of historical context, noting that books in this category existed even before the Brown decision, beginning as early as Jesse Jackson’s 1945 Call Me Charley. This chapter is valuable because it not only examines novels about desegregation but also places them within the history of American school stories.

In “Counternarratives and the Persistence of White Privilege,” Lesley problematizes the notion that integration was an uncontested goal. She notes that “desegregation stories” frequently end with “a hopeful scene of interracial friendship” (55). But her research and the research of the historians she cites indicate that the reality is sometimes far different from what is depicted in fiction. The demise of beloved black schools and the job losses suffered by beloved black teachers that resulted from desegregation were real. Mourning of, and celebration of, these cherished black institutions and teachers is evident in literature written in every decade since that era. Lesley looks at texts written by Mildred Pitts Walter, Sharon Draper, and Jaqueline Woodson to explore some of the ways in which their narratives critique the idea of desegregation, sometimes through creating in their fiction “loving, predominantly black classrooms” that “replace the competitive, individualistic pedagogical methods the novels’ contemporary readers may be experiencing” (56). So there is a fascinating interplay between history and the present moment, a rewriting of much of the extant discussion around the Brown decision.

“Pedagogies of Desegregation: Narratives of Disability and Giftedness” might be a surprising discussion for many readers. In this chapter, Lesley links the Brown decision to the ways in which both gifted and learning-disabled students have been treated and mistreated in the American educational system. Before engaging in close readings of novels by Virginia Hamilton and Cynthia Voigt, Lesley writes about how the ideas of ability and disability sometimes show up in popular culture, including the 1988 John Waters film Hairspray (distinct from the 2007 remake). In this film, the main white character makes it clear that she, and by extension others, can see how her newly integrated school is being resegregated by tracking black students into the special education program. As Lesley develops the discussion, she argues that “Hamilton’s and Voigt’s novels offer alternative routes to citizenship besides school success” (92), then goes on to examine the meaning of “school success” in these narratives. She asserts that Voigt’s novels “contribute to critiques of Brown that object to the assumption that white education is superior” (103). In this chapter, as in others, Lesley is masterful at offering a completely interdisciplinary, inclusive context for the literature.

The final chapter, “Desegregating Literacy Skills in the Era of Accountability,” is divided into subsections, in which Lesley uses individual books as case studies: Louis Sachar’s Holes, in “Literacy and the Rehabilitation of the Capitalist Nation”; M. T. Anderson’s The Astonishing Life of Octavian Nothing, in “Literacy and the Treacherous Citizen”; and Sharon Flake’s Pinned, in “Reading Beyond the Achievement Gap.”All of these subsections, and the books discussed in them, problematize the issues of literacy and literacies, and of social justice, in complex and engaging ways.

In Lesley’s conclusion, subtitled “Schooling and Resistance,” she reflects again on her personal experiences in the classroom. But then she broadens the discussion to a reconsideration of the many legacies of the Brown decision, intertwined with musings on the idea of valuing both failure and success in the American classroom and American society.

This book is powerful and provocative. It should be on the reading list of anyone who is interested in children’s literature and education. 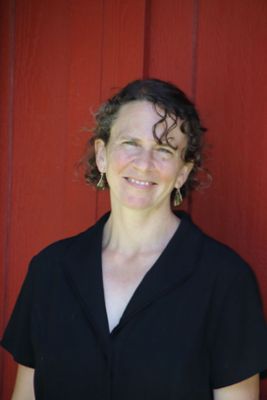