Fixing the Poor: Eugenic Sterilization and Child Welfare in the Twentieth Century

In Fixing the Poor: Eugenic Sterilization and Child Welfare in the Twentieth Century, Molly Ladd-Taylor, a well-known historian of policy toward children and mothers, tackles the painful subject of early twentieth-century compulsory sterilization policies, focusing on Minnesota. Thirty-two states between 1907 and 1937 passed such laws, leading to the sterilization of over 63,000 Americans. In Minnesota the official number was 2,350, although the actual number was probably higher. Ladd-Taylor’s book is an admirable example of the significant insight that local studies can offer. So much of American welfare policy was first enacted at the state level and then, even when federalized, continued to be implemented through the states. Thus, studies like this one can reveal important new dimensions of policy and complicate established narratives.

Ladd-Taylor’s study of Minnesota challenges what she argues is the prevailing interpretation of sterilization policies—that “elite experts infatuated with eugenic science manipulated state power to sterilize people who were pronounced unfit because of their race, ethnicity, and class” (1). It is not that Ladd-Taylor disagrees that this account has explanatory power but that its predominance as the single theory has prevented a broader understanding of why these policies came to be. At least in the case of Minnesota, she finds, the creation and implementation of sterilization policies was “equally shaped by a longer-term concern with limiting the state’s financial responsibility for the [dependent] poor” (2). Pragmatism was at least, if not more, significant than eugenic ideology, at least in Minnesota. In other words, sterilization, Ladd-Taylor argues perceptively, was one approach (a horrific one, to be sure) to addressing a protracted social problem: the well-being of the poor.

Eugenic activism played a role, but so too did the changing nature of the early twentieth-century state, which included the growing authority of child welfare courts, the expansion of the state’s administrative capacity, and the shift away from institutionalization in favor of community-based social services. Eugenic theories developed in many places and contexts, but their implementation and thus their impact on individuals were “shaped by local leaders and preexisting institutional structures” (9). In the Minnesota case, this included Mildred Thomson, head of Minnesota’s Department for the Feebleminded and Epileptic (beginning in 1924) and a proponent of community-based social services who was frequently at odds with the more punitive and eugenicist views of A. C. Rogers and later Guy Hanna, who led the Minnesota School for the Feebleminded at Faribault. Minnesota’s 1917 commitment law and 1925 sterilization law worked hand in hand.

The much-lauded Minnesota Children’s Code of 1917 allowed for institutionalization of the “unfit,” a push that quickly resulted in severe overcrowding at the Faribault School for the Feebleminded. Worries about costs to the public purse led to the 1925 sterilization law. Dating back to the turn of the century, the term “feebleminded” had both a precise meaning (referring to the highest level in a spectrum of mental deficiency) and a generic meaning (evoking any type of so-called mental defect, including sex delinquency and unmarried motherhood). Judges had to sort out conflicting testimony from a variety of experts—local doctors, ministers, school officials, police, and neighbors. In the end, most women committed and sterilized in Minnesota were either sex delinquents, unmarried mothers of children they couldn’t support, or slightly older married women with a number of children on public assistance. Indeed, 80 percent of those sterilized in Minnesota were women.

The 1927 Supreme Court ruling that upheld Virginia’s sterilization law (Buck v. Bell) included language suggesting that those institutionalized for being unfit might be “paroled” into the community if they were first sterilized. In Minnesota, commitment and sterilization policies would come to reinforce each other, and sterilization became a “routine technique to manage the population flow in and out of the state institutions” (118). Commitment laws led to institutional overcrowding, and because Minnesota law limited sterilization to “‘feeble-minded and insane persons’ already under state guardianship” (79), sterilization became, as Ladd-Taylor chillingly describes, “primarily an administrative means of reducing hospital overcrowding” (129). Consent of a patient’s nearest family was also required—a consent that families gave sometimes freely, though sometimes because they saw no better option. Ladd-Taylor emphasizes that many of the actors in these stories saw sterilization, which allowed the feebleminded to live independently or with family and become productive members of society through employment, as a humane alternative to the horrors of institutionalization.

Minnesota’s sterilization program peaked during the Great Depression but didn’t officially end until the mid-1970s, when the district court in Washington, D.C., ruled that federal funds could not be used for involuntary sterilizations. One of the questions Ladd-Taylor asks is why these policies persisted even after eugenics went out of fashion once they came to invoke Nazism at mid-century. For Ladd-Taylor, the answer lies in the significance of the pragmatic rationales for sterilization that her study reveals. “In Minnesota,” she argues, “worries about bad heredity and preventing the birth of ‘socially inadequate offspring’ were secondary to the more prosaic—and sadly, more enduring—concerns about sex, illegitimacy, ‘bad’ parenting, over-crowded public institutions, and the cost of relief” (144). Ladd-Taylor argues provocatively that the fiscal rationales behind programs to restrict the procreation of persons deemed deficient or dependent have per- sisted to the present in other policies. Among those present-day policies, Ladd-Taylor includes not only programs to provide cash incentives to addicted women willing to use long-term birth control or undergo sterilization but also taxation and social policies that encourage better-off Americans to have children, while “deterring child bearing and child rearing by low income women and single mothers, especially women with disabilities, drug addicts, and poorer women of color” (224). Although not all readers will agree with every one of Ladd-Taylor’s analogies, this thoroughly researched and carefully argued book should encourage them to take her analogies seriously. 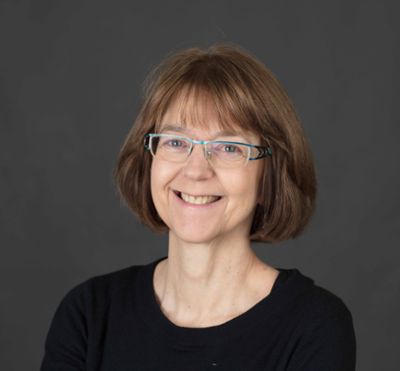 Molly Ladd-Taylor is a professor of history at York University in Toronto.  Her most recent book is Fixing the Poor: Eugenic Sterilization and Child Welfare in the Twentieth Century (Johns Hopkins University Press, 2017).  She is also the author or editor of Raising a Baby the Government Way: Mothers’ Letters to the Children’s Bureau, 1915-1932 (1986), Mother-Work: Women, Child Welfare and the State, 1890-1930 (1994), and ‘Bad’ Mothers: The Politics of Blame in Twentieth-Century America (with Lauri Umansky, 1998).