Fostering on the Farm

In chapter 1, Birk provides an essential explanation of how America’s romance with agrarianism informed the nation’s psyche and shaped child welfare policy in the late nineteenth century. This lays the foundation for understanding the philosophy that informed child welfare reformers’ decisions. Because reformers (and Americans generally) held farmers in high esteem and judged rural life to be superior to city living, they believed that any farm pro- vided better, more wholesome arrangements in which to raise children than non-familial institutions could afford. This blind faith in a rural ideal motivated the early orphan trains and influenced official child placement policies from the 1870s through the 1890s. Moreover, the belief that farm labor instilled qualities necessary for children to grow into healthy, productive, self-sufficient adults led a number of midwestern charity homes and asylums to run their own farms. Nonetheless, reformers considered placement on freeholders’ farms a more desirable option because they believed that farm families would welcome and nurture their young charges in a way that institutions could not. 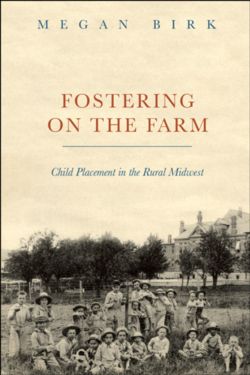 What becomes obvious through chapters 2 and 3 is that by and large, midwestern farmers saw child placement primarily as a source of free labor. Institutional records and correspondence between placement agents, farmers, and children reveal that this often meant that children who were placed on farms were not incorporated into the family unit but rather encountered overwork, abuse, neglect, and sometimes death. Many children also endured perpetual instability as some farmers routinely returned them to institutions after the harvest or anytime they were deemed a burden or liability. Thus, the reality of child placement was more akin to indentured servitude than the virtuous farm-family ideal. These chapters are perhaps the most powerful in getting at farmers’ motivations and the lived experiences of these unfortunate children.

Chapters 4 and 5 trace the transition from free farm placement to modern dependency care policies. One of the strengths of this study is in the way that Birk communicates the complexity and unevenness of the various schemes that were employed for the care of orphaned, abandoned, and otherwise dependent children. She explains that although farm placements increased in the last decades of the nineteenth century, they never entirely replaced institutions. But because of the connection and fluidity between local institutions and placement homes, child welfare agents were the first to see through the veil of the agrarian myth as they dealt with failed placements and broken children. As midwestern county boards, institutions, and states attempted to systematize placements and increase supervision at the local level, they began to reconsider the wisdom of farm placements. These local efforts preceded federal moves and helped to inform Progressive policies that led to a modern system of dependency care, entailing direct aid to families, court monitoring, and paid foster care. 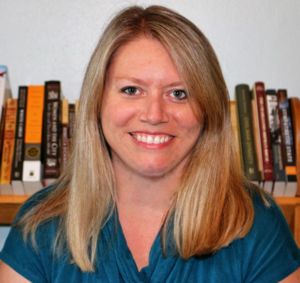 Megan Birk is an associate professor of history and graduate coordinator at the University of Texas Rio Grande Valley. Her book, Fostering on the Farm: Child Placement in the Rural Midwest was the recipient of the 2016 Vincent P. DeSantis Prize for best first book from the Society for Historians of the Gilded Age and Progressive Era. Additionally, she has published articles about rural child welfare in Agricultural History, Indiana Magazine of History, and the Journal of the Gilded Age and Progressive Era. Currently, she is working on articles and a book-length project about poor farms and almshouses, and the ways in which agriculture and social welfare coalesced for public relief during the 19th and 20th centuries. Birk is serving as the Secretary for the Midwestern History Association and is on the editorial board of the Middle West Review. She attended her first SHCY meeting in 2007 in Norrkoping, Sweden. Fostering on the Farm will be re-issued as a paperback in the spring of 2019.