Revisit Lindsey Dodd's discussion of her book, French Children Under the Allied Bombs, 1940-1945: An Oral History with Joe Hopkinson. You can listen here. This conversation originally aired as episode 4, season 8 of the SHCY Podcast on May 29, 2020. Visit the SHCY Podcast website for more episodes.

Historian Jean-François Muracciole has called the Allied bombing of France, which devastated communities, destroyed housing and killed and maimed thousands of civilians, 'the last "black hole" in French collective memory of the Second World War'. There has been, and remains, little commemoration or discussion of the bombs and their impacts, bar at the level of the most deeply affected communities.

If there has been little public reckoning with the memory of Allied bombs, there has been equally little scholarly research on the aftermath of these bombing campaigns. Lindsey Dodd's French Children Under the Allied Bombs is a welcome correction to this dearth of scholarship. Dodd's book, the fruit of her doctoral research conducted as part of the Arts and Humanities Research Council-funded collaborative project 'Bombing, States and People in Western Europe', is a fascinating and elegantly written exploration of the short- and long-term effects of Allied bombing campaigns on communities, on families and particularly on children. Using archival sources and oral history to uncover both how bombing was understood at the time, and how it has been remembered since, Dodd's study opens a window onto a relatively unexplored subject, although one which will seem perhaps deceptively familiar to anyone versed in the parallel (and far larger) literature on bombings and evacuations in wartime Britain.

Dodd's focus on children ensures that this book will also be of interest to historians of children and childhood, and particularly to those who seek to use oral sources to explore the histories of children. She states that she chose to focus on children's experiences and memories of the bombing because bombing affected children in specific ways (for example, through evacuations), because children were largely still absent from our understanding of the war and its repercussions, and because they are still alive and still 'affected by what happened. They are the memory of this war, and are sometimes vocal, but have often remained silent about a formative period of their lives made shameful through the acts of adults in the past.' (p.6) She defines a child as someone sixteen years old or under, while acknowledging that 'child' is a complex category that shifts over space and time.

To dig into children's experiences of bombing, Dodd interviewed thirty-six people who were children during the war in three towns: Brest, where nearly 500 people were killed in aerial bombing, including 373 who died in a bomb shelter; Boulogne-Billancourt, a suburb of Paris where many hundreds were killed and twenty-five percent of houses were rendered uninhabitable; and Lille, where again hundreds were killed, and eighty percent of homes in some working-class areas of the town were destroyed. The impact of bombing on the children of these communities was significant and lasting, she argues, but their memories, and the mourning that some had to do, have largely remained confined to the private realm.

The book has a tripartite structure, roughly mapping onto a before, during and after scenario. It looks first at the experience and memory of preparing for bombing, then at what it was like to be bombed, and finally at how bombing was explained, both to the public at large and to children specifically. It also has an initial chapter that reviews some of the theory relating to individual and collective memory and to oral history, which will be familiar to readers of this journal. Dodd aims to lay out a 'time before bombing, a time during bombing, a time after bombing, and a time many years later - in this case, about seventy years later' (p. 20), but in adhering to this before-during-after structure, it is the time of the interviews themselves that is somewhat sidelines, and this strikes me as an opportunity lost.

Oral historians are keenly interested in the connection between the child in memory and the adult remembering. To what extent can interviews with adults access the thoughts and feelings of the children they once were? It is not that Dodd avoids this issue; she argues that 'perhaps the child's voice is not inaudible in the memories narrated by adults [...] Memories laid down in childhood now belong to adults, thus the sources are created by adults. The experiences, however, belong to children,' (p. 41) At points in the text she flags up a tension, in the interview, between the child's understanding of what was happening during the bombing (or what she and her interviewees assume to be the child's understanding) and the interpretation later given by the adults those children become. This seems such a fundamental issue, however, that one wishes it had its own chapter, or at least an extended discussion in a dedicated section. Jay Mechling has argued that there are particular methodological concerns regarding how an adult reflecting on her childhood will be 'perceiving and interpreting that childhood through her adult, learned categories: from adult notions of propriety to the special vocabularies of popularised psychology.'1 If this is the case, then these points of tension between 'child' and 'adult' understandings of bombings need further interrogation - for how might the child's understanding, as related in an interview seventy years later, in fact be deeply shaped by the conceptual categories of the adult world? The book raises these questions without digging into the meat of them: it would have been good to see an extended analysis here of just how far adult categories of knowledge and understanding shaped the stories of wartime childhoods that Dodd's interview partners shared with her.

However, French Children Under the Allied Bombs is nonetheless a lucidly written and valuable intervention into the growing historiography of children, setting itself in opposition to a historiography of childhood that 'is used to comment on adult society, politics and ideology' (p. 10). Dodd is a fervent champion of children as agents and as historical actors in their own right, even in situations as chaotic and terrifying as bombing. This book is part of a new wave of scholarship - still small, but growing - that seeks to return agency to children in the past, and to explore ways of using oral history to do so. In this sense, it is very welcome indeed. 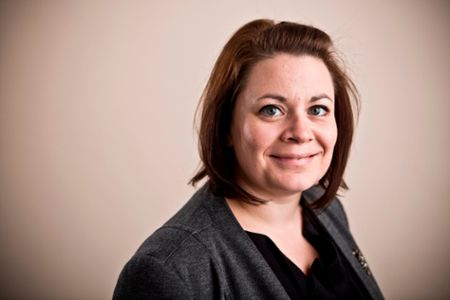 Dr Lindsey Dodd is Senior Lecturer in Modern European History at the University of Huddersfield, UK. She is a historian and oral historian, with research interests and publications in modern French history, oral history and memory, the history of children and childhood, children in war, the history of everyday life and the emotions of history.

She completed an MA at the University of Sussex in Life History Research: Oral History and Mass-Observation in 2001, and a PhD at the University of Reading in 2011, supervised by Professor Andrew Knapp and Dr Martin Parsons. Her MA dissertation examined the experiences of working-class grammar school girls in Britain in the 1950s, and her PhD – part of the AHRC-funded Bombing, States and Peoples in Western Europe project – looked at the experiences of children in France during the Allied bombing campaigns of the Second World War. Her doctoral research was the foundation for the book French Children Under the Allied Bombs, 1940-1945: An Oral History (Manchester University Press, 2016), which brought together archival research and oral history. She received AHRC funding for the collaborative projects Agents of Future Promise, which allowed her to study the instrumentalization of children by the Vichy regime (1940-1944), and for Disrupted Histories, Recovered Pasts, which led her to interview wartime French child evacuees and their hosts, and to assemble a heterogenous corpus of extant oral histories about wartime childhoods. These will contribute to her future publications.