From Colonial to Modern

From Colonial to Modern

Michelle J. Smith and Kristine Moruzi discuss their book, From Colonial to Modern: Transnational Girlhood in Canadian, Australian, and New Zealand Literature, 1840-1940, which they co-authored with Clare Bradford. You can listen, here. You can listen to other episodes of the SHCY podcast by visiting the podcast website, or you can subscribe on Google Play and iTunes.

The construction of colonial girlhood in British settler societies emerges front and center in Michelle J. Smith, Kristine Moruzi, and Clare Bradford’s From Colonial to Modern: Transnational Girlhood in Canadian, Australian, and New Zealand Children’s Literature, 1840–1940. Drawing from magazines, periodicals, novels, advertisements, and other print culture from the mid-nineteenth through the early twentieth centuries, this analytically robust text brings together the growth of white settler societies and the emergence of girls’ print culture to examine the ways that white girlhood was central to Canada, Australia, and New Zealand’s emergence as modern nations.

Age, as the authors show, is a critical analytic for understanding the culture of empire. This book is not only concerned with the construction of colonial (white) girlhood but also with the idea of childhood itself—how it was used, for example, to define indigenous people as childlike and thus inferior. This book therefore follows in the footsteps of Caroline Levander, Anna Mae Duane, and Margaret Jacobs, who have each explored how racialized and gendered constructions of children and the category of childhood have been used to support various political projects. By arguing that age is an important lens alongside race and gender in unpacking the ideological work of settler colonialism, it is also in dialogue with texts such as Marilyn Lake and Henry Reynolds’s Drawing the Global Colour Line: White Men’s Countries and the International Challenge of Racial Equality.

Organized into three sections, From Colonial to Modern also provides a useful model for doing transnational work, striking a careful balance between the national and transnational while also giving equal weight to each of the three societies under review. While the first section, “Empire and Transnational Flows,” emphasizes the transnational in its overview of the circulation and con- sumption of girls’ print culture, the next section, “National and Transnational Dynamics,” turns to national differences in the construction of colonial girlhood shaped by family formation, the environment, and racial dynamics in each country. Finally, the third section, “Modernity and Transnational Femininities,” draws out the tensions between national and imperial belongings as it turns to the role of girlhood in each society’s development as a modern, consumerist nation. This transnational lens, however, does not blur national differences but instead considers nation-specific meaning making, which “incorporates national distinctiveness within a shared network based on imperial belonging” (69).

The strength of From Colonial to Modern lies in its intersectional approach, particularly in its careful attention to race, age, and gender throughout the book. From a close reading in chapter 3 of a 1907 song called “The British Empire Girl,” which imagined the colonial girl as having pearly white skin, to a discussion in chapter 9 of a 1925 photograph of a Maori girl that relegates her to an uncivilized past, the authors consistently present an intersectional analysis of the layered relationship between whiteness and national identity, as the title indicates, from the colonial period to the age of modernity. This analysis surfaces most clearly in chapter 5, “Race and Texts for Girls,” which expertly illustrates how indigenous girls were frequently characterized in colonial books as tragic victims of failed interracial relationships and/or receivers of white girls’ civilizing care. By discussing the relationship between white and indigenous girls in colonial fiction, Smith, Moruzi, and Bradford also effectively illustrate how racial ideology was at the heart of white girls’ gendered role in settler colonialism—to not only reproduce the settler colonial state by giving birth to future white citizens but also to mother supposedly childlike indigenous peoples.

This emphasis on the racialized and gendered construction of girlhood, however, is at times at the expense of examining the influence of real girls on their own representation in print culture. Although chapter 2 discusses surveys that girls’ book publishers sent to schools to ascertain what colonial girls were interested in reading, the book as a whole presents much more of a top-down approach to the construction of a particular image of girlhood instead of considering the agency of colonial girls in this process. This does not subtract from the book’s effectiveness, however, but would only strengthen what is already a very nuanced and compelling narrative. Still, From Colonial to Modern offers a valuable model for doing transnational and intersectional work, and it is an important addition to the literature of childhood studies and scholarship on gender and empire. 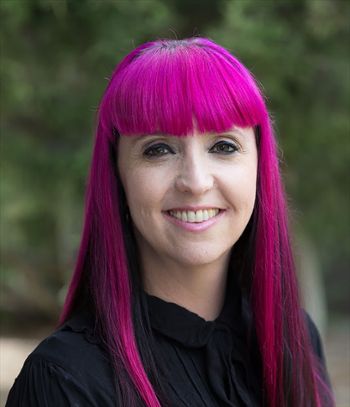 Michelle J. Smith is a Senior Lecturer in Literary Studies at Monash University, Australia. She is the author of two books on colonialism, empire, and girls' fiction. Her next monograph, Consuming Female Beauty in British Literature and Periodicals, 1850- 1914, is forthcoming with Edinburgh UP. Michelle has co-edited four books in the fields of children’s print culture and Victorian literature, and has a forthcoming volume (with Kristine Moruzi) entitled Young Adult Gothic Fiction: Monstrous Selves/Monstrous Others (U of Wales P). She is currently preparing chapters on children’s and young adult literature for The Cambridge History of the Australian Novel (ed. David Carter) and the Australian women’s magazine The New Idea for The Edinburgh Companion to British Colonial Periodicals (ed. Caroline Davis et al).

Kristine Moruzi is a Senior Lecturer in the School of Communication and Creative Arts at Deakin University, Australia. Her first monograph, Constructing Girlhood through the Periodical

Press, 1850-1915 (Ashgate 2012) was shortlisted for the Colby Book Prize. She is co-editor (with Nell Musgrove and Carla Pascoe Leahy) of Children’s Voices from the Past: New Historical and Interdisciplinary Perspectives (Palgrave Macmillan 2019). Her current project, funded by an ARC DECRA, is on The Charitable Child: Children and Philanthropy in the Nineteenth and Early Twentieth Centuries. She also works on representations of girlhood in contemporary literature and girls’ periodicals.