From Superman to Social Realism 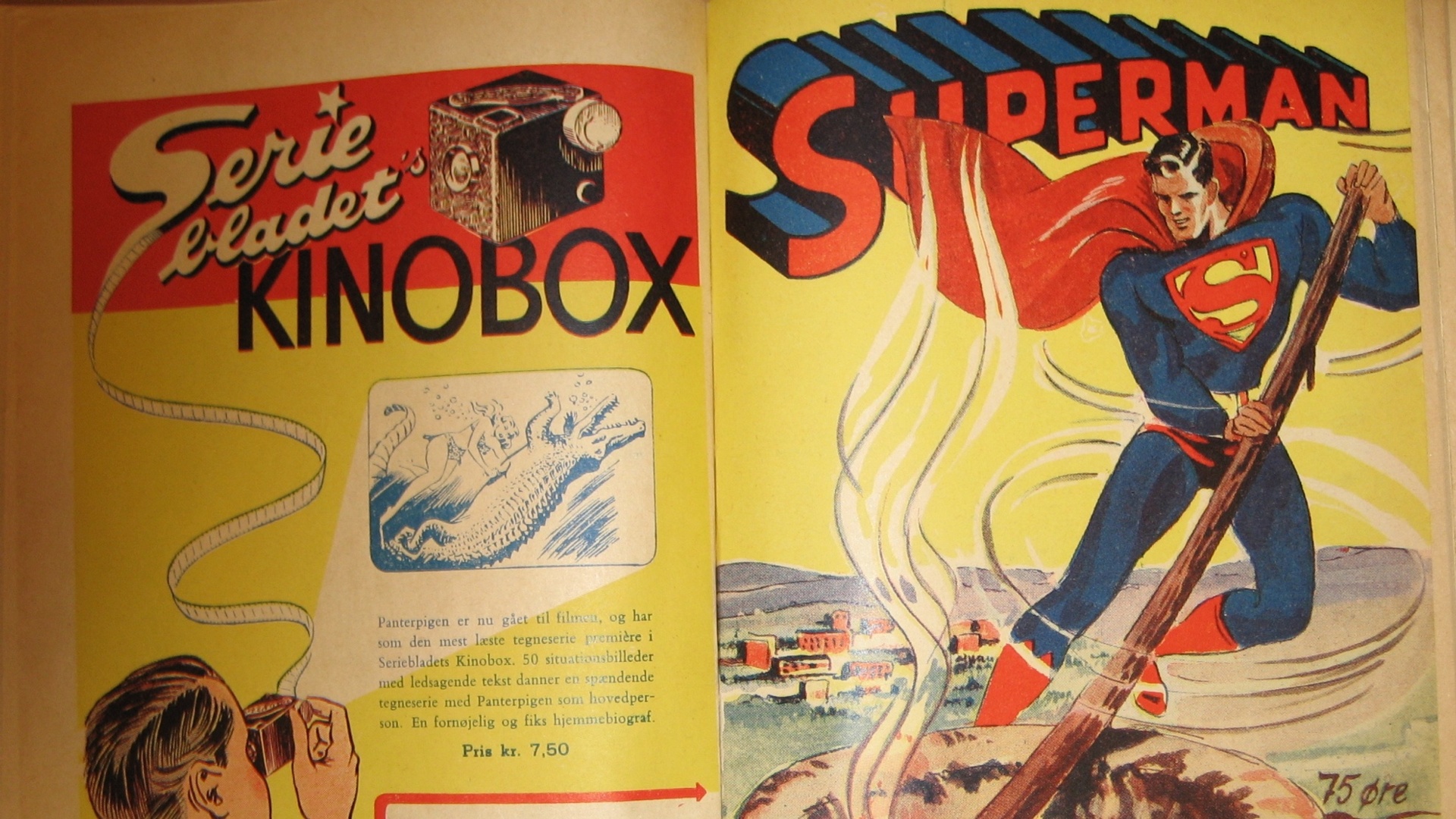 Please listen here for the interview with Helle Strandgaard Jensen and her colleague, Sophie Heywood. Or browse other episodes of the SHCY podcast, here.

Even though the modern media landscape has changed drastically in recent decades, concerns and controversies over children’s use of media and the function media should ideally play in children’s lives is not a recent phenomenon. Using mainly newspapers and periodicals, Helle Strandgaard Jensen’s new book examines how Scandinavian public debates over children’s media consumption evolved from the 1950s to the 1980s. 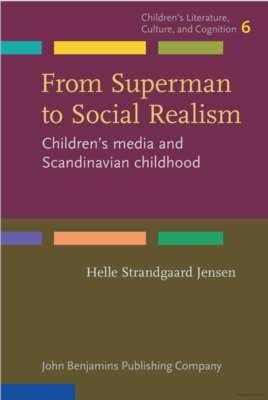 In the first two chapters, Jensen explores how children’s literature in the aftermath of World War II acquired a distinct ideological function: scholars of literature, education, and pedagogy defined good literature as something that should prepare the child for becoming a member of a peaceful and democratic society. Especially comics, but also other forms of commercial literature, were understood as detrimental to this ideal because of the violent and undemocratic behaviors they promoted and because of their link with American consumerism. Because the child’s psyche was perceived to be fragile, it was argued that children’s literature should be adapted to the targeted age group, catch children’s interests, and present good role models. In the third, fourth, and fifth chapters, Jensen shows how these ideas on children’s literature were severely challenged in the late 1960s, but also how the concept of children’s culture was broadened to include television, theater, play, art, and more. Whereas the child in the 1950s had been perceived as someone who needed protection from certain aspects of the world, the child was believed to possess much more agency and ability to understand societal conditions in the 1970s. Children’s media should therefore serve a different set of functions: support of children’s natural curiosity, creativity, empowerment, and emancipation no matter their social and economic background, and appreciation of childhood as an essentially valuable period of life. While the debate in the late 1960s and early 1970s was dominated by television producers, political activists, and art scholars, the debates of the early 1980s were heavily influenced by media researchers. In the sixth and seventh chapters, Jensen examines how these public debates centered on television and especially video as the media of concern. Debaters argued that children spent too much unsupervised time in front of the television screen and thus risked being exposed to adult content or subjected to commercial interests. The child was perceived as vulnerable and in need of a safe space to develop his or her innate imagination and creativity, and therefore parental responsibility also acquired new importance.

Jensen eloquently connects various socioeconomic developments in society to changes in the perception of “the good childhood,” parenting, and children’s needs, thereby placing the various debates in a much broader context. Jensen also actively seeks not to frame the various debates over children’s media as “moral panics,” but instead demonstrates that the debates were much more complex: the perception of a certain type of media as contributing to the welfare of the child and society was influenced by changing ideas on children’s psychological capabilities, the importance of aesthetic values, political orientation, and much more. Thus, Jensen delivers the important point that even though the debates of the 1950s, 1960s, and 1980s might resemble some of the current debates, they are too closely tied to specific historic conditions of social, economic, and cultural nature to be labeled just “moral panics.”

A little more information on what type of topics and narratives children’s books and other media products for children covered throughout the different periods would have been helpful in understanding to what extent the public debates were justified, but despite this very minor flaw, Jensen’s book provides an interesting, thought-provoking, and original contribution to the history of childhood, the history of (children’s) media, and the history of the Scandinavian welfare state. 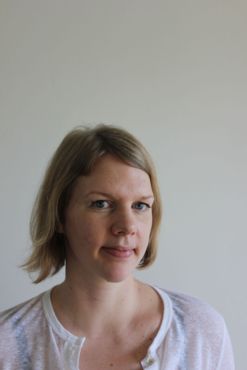 Helle Strandgaard Jensen is Associate Professor in Contemporary Cultural History at Aarhus University. She received her PhD from the European University Institute (Florence, Italy) in 2013 and has held a number of visiting fellowships in the US, UK and Norway. Her research focuses on contemporary childhood and media history in Scandinavia, Western Europe and the US after 1945. She combines historical methods with theoretical approaches from cultural studies and media studies. One part of her research has media productions as the historical object of study. The other looks at how uses of digital media – in particular digital archives, sources, and research tools – influence the discipline of history.

Jensen is the author of a number ofarticles and book chapters on childhood history, children’s media culture, and digital archives’ impact on historiography. She currently works on a project financed by the Danish Research Council and the European Commissions’ Marie Curie actions about the American children’s programme Sesame Street and its reception and demarcation in the US, UK, Italy, Scandinavia and Germany throughout the 1970s. A second project investigates digital archives as historiographical agents by looking at the production, content, and use of these from the perspective of professional historians.