This featured aired as episode 8 of season 6 (rerun June 25, 2021 as ep. 2 of s. 12). You can find the SHCY Podcast on Google Play, iTunes, Spotify, our podcast website, and other providers.

In this examination of the twentieth-century US foster care system, Catherine Rymph builds on the foundations of social welfare history to clearly identify important trends, contradictions, and problems with foster care. This is not a book dedicated exclusively to policy. Instead, there is a chronological organization that explains the complicated interplay of foster parenting and policy application.

As Rymph points out, one of the challenging issues about foster care as a system is that while it is national in the sense that it exists across the United States, it is not nor has it ever been uniform or organized. Public and private entities have always been entangled in the processes of oversight, placements, adoptions, and case work. It is also a deeply intimate process that involves biological family, children, the courts, social workers, and foster parents. One of the uniting themes of Rymph’s work is that to the detriment of children, these individuals and entities often do not, for a variety of reasons, work as a system.

Much of the book explains the contradictions that came with paying people to care for children. Paying for foster care in an attempt to provide good homes for children created new, confusing situations: are foster parents employees of the state or are they parents? Should they love the child as their own or be a placeholder? As Rymph asserts, efforts to make them accountable as all of these things have been unsuccessful, in part because of a lack of consensus or consistency between cases or children. Some children were available for adoption while others needed short-term care. Good foster parents sometimes had their sincerity doubted because they received compensation. The connection between money paid to families, specifically to women, disrupted the long-held notion that women were natural mothers and had an instinctive desire to care for children.

The gendered dynamics of foster care connect important themes throughout the book. Case workers often viewed women whose children were in foster care as having failed at their most important role. Women who wanted to be foster mothers were suspect because they accepted payment for taking care of someone else’s child. Women during the Depression actively solicited foster children, in part as a way to supplement household income. During World War II, women did the same, but under the more suitable banner of patriotic duty and helpfulness.

Standards implemented around the war years included requirements such as minimum square footage per person in the household. The increased economic expectations for foster parents reduced the number of potentially eligible adults and privileged white, middle-class people—who did not often apply to be foster parents. Foster payments, for example, did not compensate willing parents enough to rent an apartment with an extra bedroom for a foster child. In foster care, children could not be priceless while states attached the lowest possible financial investment for care. In other words, states and agencies refused to properly compensate motherhood as a job. Racial discrimination continued to plague foster care, both in the selection of foster homes and the removal of children from families.

Initially, reformers believed that paid foster homes would serve a short-term need until a child could be reunited with biological family. As a result, there was little concern about creating a natural family or natural parents out of a paid sit- uation. National events such as the Depression and World War II reinforced this notion, as acute needs based on financial emergency and wartime disruption made most fostering appear temporary. Of course, for some children, fostering or placements have never been temporary. Long-term need is one of the constants. Children, especially those of color, found themselves more likely to be removed from parents and less likely to find foster placements. Additionally, as Rymph documents, the pathology of a “broken home” increased the supposition that children, too, could be “broken” or damaged. The system today struggles along as it has since the late nineteenth century, and this book provides ample examples of the dilemmas and how they developed. The combination of policy, parents, and context makes this text a valuable contribution to the growing field of child welfare studies or to anyone trying to understand the tangled and ineffective methods of foster care in the United States. 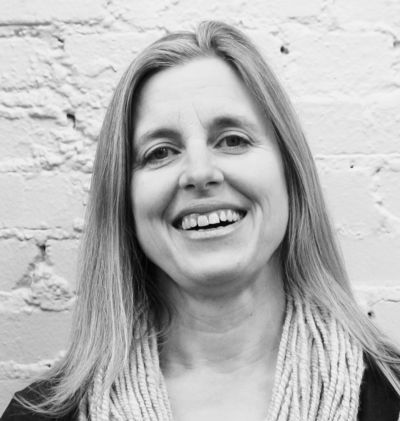 Catherine Rymph is Professor and Chair of the Department of History at the University of Missouri and an affiliate with MU’s Women’s and Gender Studies department and the Kinder Institute on Constitutional Democracy. Her current research concerns American child refugee policy in the period of the second world war. Raising Government Children: A History of Foster Care and the American Welfare State was published by University of North Carolina Press in 2017, and was named a Choice Outstanding Academic Title in 2018. She is also the author of Republican Women: From Suffrage through the Rise of the New Right (University of North Carolina Press, 2007).