Growing Up in Nineteenth-Century Ireland

Growing Up in Nineteenth-Century Ireland: A Cultural History of Middle-Class Childhood and Gender

Revisit a conversation between Mary Hatfield and Marnie Hay about Hatfield's book, Growing Up in Nineteenth-Century Ireland: A Cultural History of Middle-Class Childhood and Gender. You can listen here. This episode originally aired as season 9, episode 2 of the SHCY podcast. Other episodes of the SHCY podcast are available at our podcast website, or you can subscribe on Google Podcasts, Apple Podcasts, Spotify, and wherever you get your podcasts.

Mary Hatfield is an Irish Research Council Postdoctoral Fellow in the Centre for the History of Medicine, School of History, University College Dublin. Marnie Hay is a lecturer at Dublin City University who specializes in modern Irish history, with a particular emphasis on the histories of the Irish cultural revival, the Irish revolution, and youth.

This review appeared in Women's History Review (ahead of print): 1-2, DOI.

Mary Hatfield’s first monograph makes a welcome contribution to the history of nineteenth-century Irish childhood and education. Her meticulously researched book brings to the fore the lived experiences of children in the Irish middle classes. Hatfield argues that children were ‘central to the formation and experience of family life’ (9) and that the previous neglect of this area of study has been due to the dismissal of childhood as a trivial aspect of the life cycle. While she notes the difficulty in finding the voice of the Irish child in the historical record, throughout the five chapters, Hatfield successfully demonstrates the wealth of information available, piecing it together to shed new light on middle class formation and identity.

Using age as a category of analysis, Hatfield endeavours to explore both how adults treated children and the experiences of the middle-class child. While acknowledging the difficulty in defining the middle classes in Ireland compared to elsewhere, Hatfield demonstrates the geographic differences by including both the emerging Catholic middle class in the south west and the Protestant dominated industrial north east. By considering both Catholic and Protestant approaches to schooling and education, her book makes a valuable contribution to Irish historiography of education as a whole.

The nineteenth century saw the introduction of markers considered integral to childhood today – universal education, leisure and play time, and exclusion from the labour market. Hatfield convincingly argues that the bourgeois attempted to ‘fix’ childhood. The formation of a moral and idealised middle-class family was rooted in how the next generation grew up, placing pressure on a ‘good’ childhood, away from abuse, poverty and religious immorality. The shift to schooling as an occupation for children and a site of religious, academic, and social education refocused adult fears of children becoming idle, vain and rebellious. Meanwhile, the institutionalisation of children in working and poverty-stricken classes bolstered notions of what the ideal middle-class childhood should be, allowing reformers to remove the ‘malleable child’ from danger or impropriety. Children were the focus of reformers and philanthropists, holding the hope of the nation and the future. The use of didactic literature reveals the building interconnected health, medical, and religious concerns which shaped educational practices in nineteenth-century Ireland. The book places these ideologies in broader European contexts and teases out nuanced insight into class consciousness in the formation of the family unit. By examining how the middle class viewed childhood in both their own social strata and the children in the classes below them, a fuller picture of middle-class expectations and assumptions of childhood emerge.

Rarely, we have the opportunity to glimpse children’s reactions and experiences to these adult ideologies because the historical record is skewed towards the emerging middle-class adult professional voice. Hatfield has interrogated a wide range of material in search of the child’s voice, from family papers, private correspondence, and biographical records to school registers, contemporary pamphlet literature and instruction manuals. Each chapter is enhanced by the glimpses into real children’s experience of attending such schools, buying clothing and attending churches. Memoirs and biographical evidence allows insight into how Irish children navigated this idealised and ritualised environment, often going against what parents or educators thought best. The fragmentary nature of these sources makes the resulting rich and detailed analysis commendable.

Across the five chapters, insight into the real experiences of children is balanced with nuanced analysis of how parents and adults in middle-class society treated and approached children and childhood. In chapter one, a study of the health of children conveys a sense of parental panic and concern, denoting the shift from female-dominated authority over child-birth and childcare to the rise of professional medical men. Chapter two brings religion and morality to the fore, signalling middle-class values of piety and respectability that were instilled from a young age. The third chapter illuminates childhood fashion, making use of material culture to investigate what children wore and why, highlighting the performative aspect of being, or appearing to be, middle class. Delving into areas of play, pastime and personality, a sense of childish individuality is expressed, illuminating childhood as an arena of formative experience.

The final two chapters illustrate the gendered differences in schooling for girls and boys respectively. Hatfield astutely points out that the schooling of boys is viewed as the history of education whilst the education of their sisters is often seen as an ‘interesting addendum’ (172). Moreover, she highlights the difficulty of examining the history of both girls and boys education when their schooling was so distinct. Hatfield aims to redress this fault in Irish historiography by balancing what educationalists wished for children in their care with what children experienced. In these chapters, the role of schooling in moulding young girls and boys in preparation for their gendered roles in adulthood comes through especially well.

By framing Irish childhood so closely to their experience in education, Hatfield’s book illuminates children as individuals within society and refocuses our attention on the importance of childhood. However, this analysis remains largely vertical. Glimpses of childhood friendships and relationships emerge through a close reading of sources across the book, but more emphasis could have been placed on the interactions of children with each other. As noted within the book, this is an area to be built upon. 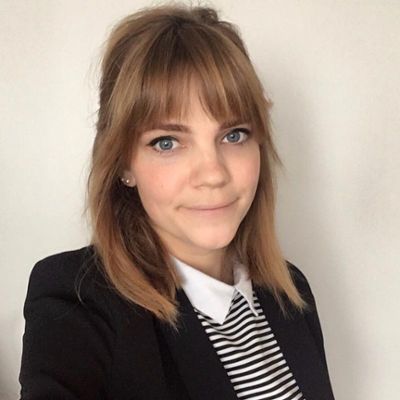 Dr. Mary Hatfield is an Irish Research Council Postdoctoral Fellow in the Centre for the History of Medicine, School of History, University College Dublin. She received her PhD from Trinity College Dublin and was formerly the Government of Ireland Senior Scholar at Hertford College, University of Oxford. Her research focuses on Irish childhood and gender in nineteenth-century Ireland, particularly bourgeois childhood and aspects of children’s education, recreation, and material cultures. She has also published on female education, children's fashions, boyhood masculinity, Dublin boarding schools, and photographic depictions of Irish childhood. Her current project explores the origins of paediatrics and medical care for children in the nineteenth century; especially themes around the professionalisation and medicalisation of childhood.