This week, we revisit an October 2019 discussion between Joy Schulz and Emily Manktelow about Hawaiian by Birth: Missionary Children, Bicultural Identity, and US Colonialism in the Pacific. They explore the relationship between Hawaii and the US, through the experiences of missionary children in Hawaii.

Hawaiian by Birth: Missionary Children, Bicultural Identity, and US Colonialism in the Pacific.
By Joy Schulz.

In Hawaiian by Birth, Joy Schulz sheds new light on a remarkable group of individuals: the children of the first Christian missionaries in the Hawaiian Islands. Much has been written about the missionaries (who radically transformed the islands in the early to mid-1800s), but less has been written about their children, who called themselves the Cousins. Many of the Cousins made large fortunes in Hawai‘i, and they participated in the overthrow of the native Hawaiian monarchy in 1893.

The Cousins did a great deal as adults, but Schulz is primarily interested in what they did (and what was done to them) in their childhood and youth. Schulz did an enormous amount of archival research at mainland US institutions such as Williams College (a magnet for male Cousins) and Mt. Holyoke College (a magnet for female Cousins). She also delved deeply into the archives of Hawaiian institutions such as the Hawaiian Mission Children’s Society (which the Cousins founded in 1852 to evangelize Polynesia) and Punahou School (which was founded in 1841 to educate the Cousins). In the latter institution (Barack Obama’s alma mater), Schulz combed through a treasure trove of material that the Cousins (an exceptionally literate bunch) wrote as children, and she draws heavily on that material.

Schulz is an excellent scholar, and she provides us with the best available account of the Cousins’ early years. Her work is insightful and comprehensive, but those who have not read it might ask, why should we care about the Cousins? In answer to this question, many people contend that the Cousins are unworthy of attention. Hawaiian nationalists in particular think poorly of the Cousins, whom they dismiss as greedy white imperialists. That most of the Cousins were imperialists (at least with regard to Hawai‘i) cannot be denied, but Schulz argues persuasively that they should not be treated as cartoonlike villains, and she describes them as a useful “lens through which to understand American imperialism in the Pacific” (11).

Schulz focuses on why the Cousins became imperialists. She allows that their imperialism was based in large part on economics and notions of white supremacy, but she also asserts that the Cousins developed a fierce love of the Hawaiian land (‘āina) when they were children, and that they came, arrogantly but sincerely, to view themselves as the best custodians of the land. Unlike their parents (the missionaries), the Cousins did not think of themselves as foreigners in Hawai‘i. Instead, they thought of themselves as Hawaiians of American descent, and they cited patriotism as a reason for wresting control of Hawai‘i away from a native monarchy that they viewed as corrupt.

The Cousins were complex individuals. On the one hand they tended to be paternalistic, if not racist, but on the other hand they tended to be progressive with regard to slavery, women’s rights, and a host of other issues. Because of their complexity (not to mention their historical significance), the Cousins cry out to be analyzed, and Schulz does just that, methodically examining the forces that shaped the missionary children.

In the first chapter of her book, Schulz concentrates on the Cousins’ parents, the missionaries. Agents of the American Board of Commissioners for Foreign Missions (the country’s first sponsor of overseas missions), the missionaries (most of whom were New England Congregationalists) showed real courage in voyaging around the world to live in Hawai‘i, and the Cousins admired them for that. The Cousins did not, however, relish the strict Calvinism under which they were raised. Nor did they like having their parents leave them alone to go off proselytizing.

The Cousins experienced a childhood that was both wonderful and terrible. While they got to go swimming, spelunking, and horseback riding in Hawai‘i (one of the most beautiful places on earth), they also had to endure the confines of Punahou, which was as much a workhouse as it was a school. Punahou was Dickensian, but the Cousins who went there were generally better off than the Cousins who got sent away from Hawai‘i as children to be educated in the US, where they suffered from loneliness, homesickness, and (in many cases) abuse.

The Cousins bonded over their shared experiences, and Schulz describes them as a very close-knit group. She realizes that they were not monolithic, however, and rather than always talking about them as a group she provides her readers with mini biographies of three Cousins who followed distinctly different life paths. The three Cousins she profiles are: Sanford Dole, the first presi- dent of the white-led Hawaiian Republic; John Gulick, a pioneer in science and missionary work; and Samuel Armstrong, a Civil War general and the founder of a school (the Hampton Institute) for freed slaves.

All three of these Cousins are worth studying, and Schulz does a superb job of chronicling their lives and conveying a sense of what it was like to grow up as a Cousin. Her book is not perfect (at points it is rather repetitive), but it adds greatly to our knowledge of Hawai‘i and nineteenth-century childhood. 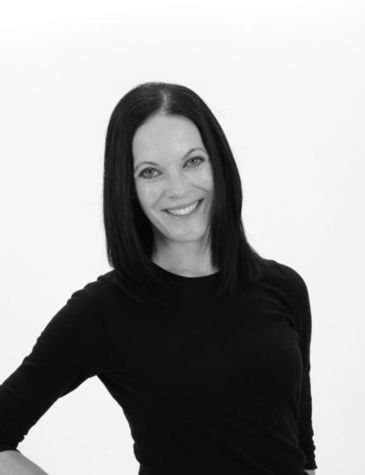 Joy Schulz teaches history and political science as a faculty member at Metropolitan Community College in Omaha, Nebraska. Over the past twenty years, Schulz has encountered a wide array of diversity in the classroom and tries to make the study of history accessible and applicable for everyone. Schulz has an M.A. in International Relations from Creighton University and a Ph.D. in the History of American Foreign Relations from the University of Nebraska Lincoln. Schulz has published several articles and a monograph on the history of the Hawaiian Islands, including the period in which the United States annexed the independent kingdom. Her current research interests include native education in the Territory of Hawaii and U.S. colonial Philippines during the early twentieth century. 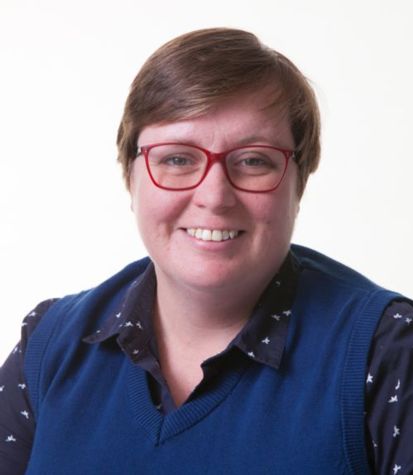 Dr. Emily Manktelow is Senior Lecturer in Global and Colonial History at Royal Holloway, University of London. Her research explores the social, cultural and intimate histories of the British Empire and the colonial missionary movement in the nineteenth century. She is a founding member of the Christian Mission in Global History seminar at the Institute of Historical Research (UK) and has published widely on the history of missionary families, including her monograph Missionary Families: Race, Gender and Generation on the Spiritual Frontier (Manchester University Press, 2013). Her most recent book presents a microhistorical investigation of sexual abuse in the South Seas Mission of the London Missionary Society: Gender, Power and Sexual Abuse in the Pacific: Rev Simpson’s ‘Improper Liberties’ (Bloomsbury, 2018).