Listen to Ronald Niezen's interview with Patrick Ryan, here. Or listen to other episodes of the SHCY podcast, here. You can also subscribe to the SHCY podcast on iTunes or Google Play.

Ronald Niezen was trained as an Africanist and his first research took place in Northern Mali. As a young scholar, he found work in health and human services with the James Bay Cree, and this set his career in a new direction. He later lived and worked in Northern Manitoba where he began hearing stories about Canadian residential schools.

The Canadian aboriginal residential school project imitated the American model and built upon the ideas in Canada's 1857 "Gradual Civilization Act." At their height in the interwar period, the Roman Catholic and the Anglican Churches operated about 130 schools with funds and according to regulations provided by the Federal government of Canada. An estimated 140,000 students attended these schools. The last one was closed in the mid-1990s.

Resistance to the schools was inspired by global anti-colonial and civil rights movements. Radio and later television coverage on the CBC developed lines of critique over several decades. In the 1960s and early 1970s, the most visible objection was that the schools alienated young people, produced language loss and cultural disintegration. By the late 1980s and early 1990s, the accusations had shifted to corporal punishment, emotional trauma, family separation, sexual abuse which caused a cycle of hardship for the families of former students.

The shift toward visible violence, separation, and trauma made the complaints of former students and First Nation's communities 'legible' 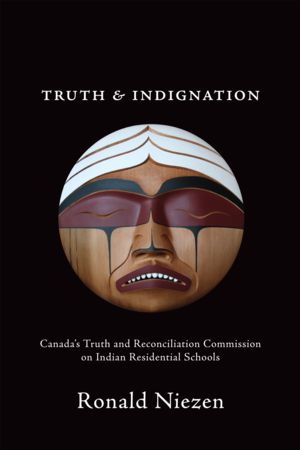 at law. This resulted in a series of legal victories (and ultimately an enormous class-action suit) against the government of Canada in the new century. By 2007, a general settlement was reached that would pay former students approximately five billion CAD. The agreement also produced the world's first Truth and Reconciliation Commission (TRC) dedicated to state crimes against children.

Truth and Indignation is an institutional ethnography, inspired by two disjunctions that Ron encountered in the developing narrative on the schools.  In the 1950's, the schools had been publicly promoted as an altruistic effort to improve literacy, discipline, piety, and security for native peoples.  Within three decades the prevailing opinion had completely reversed; residential schools became viewed as sites of language loss, trauma, moral corruption, and violence.  As one of the few writers who has conducted interviews of former operators of the schools (Oblate Brothers), Ron became aware of another divergence - and one that remains largely invisible or untouchable.  These men recall schools as places of learning and pastoral care. Their memories could not have been more at odds with the cases brought forward by thousands of former students themselves.

Taking these divergences seriously, Truth and Indignation explores how historical memory is formed. It unpacks structures and operations that were unique to Canada's TRC. Along the way readers gain insights into the Commission's template for truth and the significance of key exclusions in the scope of its investigations.

The government of Canada called it a TRC, but there was no context transitional justice (no transformation of government in play). Canada made sure the Commission had no judicial powers or processes, and that it carried on without Crown representatives.

We might borrow a phrase from David Silverman's Discourses of Counselling and call Canada's TRC an "institutionalized incitement to speak." If so, it was an invitation that excluded major categories of actors. The process excluded (for quite formalistic reasons) those who had been part of about 1,400 similar care-giving and educational institutions. The TRC's proceedings included no perpetrators, no naming of them. More importantly, they lacked participation from former administrators, teachers, and staff. Reading Truth and Indignation, one has to ask; in what sense was this a process of reconciliation at all?

A book that effectively shows how Canada's TRC created exclusions, templates, and practices  for a specific kind of truth risks being read as an apology for the residential schools. Some may equate a phrase like the 'production of truth' with the 'production of lies,' precisely because the common term (production) weakens a more comfortable distinction between falsehood and truth. Others may be so motivated by child-saving, so offended by grotesque mistreatment of children at these schools, that they will wish to suspend critical inquiry into memory, trauma, or the making of history.  It is an understandable response. The irony will not occur to them that child-saving discourse stood at the foundation of the schools themselves, reappears in the emotions that motivate our reluctance to examine the TRC critically.

It seems to me that we are the beneficiaries of Ron Niezen's willingness to take risks and examine the TRC in a careful way. I encourage you to read the book.

About the Author and Interviewer

Ronald Niezen is Katharine A. Pearson Chair in Civil Society and 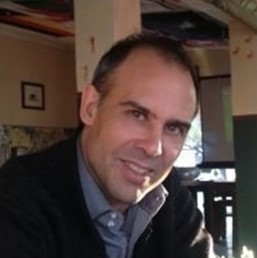 Public Policy in the Faculties of Law and Arts at McGill University, where he has served as Chair of the Department of Anthropology.  Among his many works are: The Origins of Indigenism: Human Rights and the Politics of Difference (University of California Press, 2003); A World Beyond Difference: Cultural Identity in the Age of Globalization (Blackwell, 2004); The Rediscovered Self: Indigenous Identity and Cultural Justice (McGill-Queen’s University Press, 2009); Public Justice and the Anthropology of Law (Cambridge University Press, 2010); and Truth and Indignation: Canada’s Truth and Reconciliation Commission on Indian Residential Schools (University of Toronto Press, October 2013).