Revisit a conversation between Lara Saguisag and Marilisa Jiménez García about Saguisag's book, Incorrigibles and Innocents: Constructing Childhood and Citizenship in Progressive Era Comics. You can listen here. This episode first appeared as Season 9, Episode 1 of the SHCY Podcast in September 2020. Visit the SHCY Podcast website for more episodes. Lara Saguisag is Associate Professor of English (Children’s and Young Adult Literature) at the College of Staten Island-CUNY. Marilisa Jiménez García is Associate Professor of English and Latino Studies at Lehigh University.

This review appeared on H-SHGAPE in October 2019.

For an era of comics history discussed and referenced as often as the turn-of-the-twentieth-century newspaper strips, it can be difficult to find anything new to say. This is, nonetheless, precisely what Lara Saguisag has done with her impressive Incorrigibles and Innocents. This book takes all-too-familiar texts, like the Yellow Kid, Buster Brown, The Katzenjammer Kids, and Little Nemo in Slumberland, and delivers convincing new interpretations of the ways that these early comic strips were simultaneously reflecting social change in industrial America and conditioning public expectations about the gendered, ethnic, and racial boundaries of national citizenship. It is little wonder that Incorrigibles and Innocents was recently awarded the Charles Hatfield Book Prize from the Comic Studies Society, because this work exemplifies the high level of interpretive, creative, deep textual analysis, and historical contextualization that should be the standard for all works in this field.

Comic studies is a field largely dominated by English and literature scholars, though it is increasingly drawing interest from communications, American studies, and cultural history. Much of the defining work in the field has focused on the origins of the newspaper comic strip or masterworks of the superhero comics genre, while more recent trends in the field have focused largely on comics and comic strips as an expressive outlet for marginalized voices, especially in the digital era. While fitting squarely in this burgeoning field, Saguisag’s work joins that of other comics scholars who have sought to connect the field with childhood studies to understand how images of the child were purposefully deployed, allowing comics creators to test social boundaries that might have otherwise been off-limits due to criticisms from newspaper editors or audiences.

Contextualizing matters in historical research, and Saguisag has done excellent work in rooting her research in the period of the Progressive Era. In five largely thematic chapters, the author works through plausible readings of the comic strips through the lenses of race, gender, ethnicity, class, and nation building. Of all of these lenses, her gendered readings of early newspaper comic strips might be the most groundbreaking work in the volume.

The opening chapter pairs two unapologetically ethnic comic strips, Ah Sid, the Chinese Kid and The Katzenjammer Kids, to show the surprising ways that ethnic stereotypes, which often played on real xenophobia, were also utilized to expand toleration to the immigrant child. In both cases, the children’s ability to adapt to language and culture far faster than their parents and grandparents presented the audience with child immigrants ready for assimilation. The comic strip children even served to translate the complexities of American culture to the older generations in their families. Saguisag argues that these interactions playing out on the newspaper page helped readers to imagine young immigrants with the potential for a future as fully assimilated, valuable citizens.

Another chapter, entitled “Crossing the Color Line,” discusses how racial impersonation was used in Progressive-Era comic strips to challenge the boundaries of race and social acceptance. Often times the poignant racial scenes played out as crossover events between popular white and black comic strips. For example, E. W. Kemble’s Blackberry Brothers changed places with the Katzenjammer Kids in one 1900 comic strip, providing a great laugh for the children until their mothers quickly reinforced the color line. Similarly, the famed R. F. Outcault brought his short-lived black character Pore Lil Mose into Buster Brown in a 1902 strip, terrifying Buster’s sleeping father so badly that the doctor had to be called. Just as with the ethnic strips, Saguisag acknowledges and analyzes the jarring stereotypes at play in these racialized strips but goes deeper to discuss the ways that racial impersonation allowed children to undermine the racial norms of Jim Crow while also drawing more clarity to the limits of racial interaction.

Perhaps the most important work Saguisag does in Incorrigibles and Innocents is to investigate the boundaries of a “gender line,” as it were, in the early comic strips of the twentieth century. The author astutely reads the importance of imaginative play for allowing girls to transgress the limits of acceptable femininity while avoiding the severe social consequences of such transgressions for an adult living in the Victorian Progressive Era. Saguisag effectively demonstrates this contrast in the period’s comic strips, showing how adult female characters were often oppressed while female children were given much more leeway without social stigma. Still, as the author points out, the comic strips sometimes allowed audiences to imagine more assertive roles for adult women that might not have been allowed in reality. It is to the credit of Saguisag’s skill as a writer and nuance as a scholar that she is able to make confident claims about the texts while never seeming to overstep her evidence.

Incorrigibles and Innocents is a truly impressive and well-written study, making a compelling case for future scholars to spend more energy looking into the ways that cultural productions provided public space for Americans’ debates over evolving social boundaries in the industrializing world. This book joins other histories, such as Kristin Hoganson’s Fighting for American Manhood (1998) and Gail Bederman’s Manliness and Civilization (1995), in elevating the significance of popular culture in both expressing and influencing the political expectations of the average citizen. Unfortunately, Incorrigibles and Innocents does suffer a bit from the same archival problem that often plagues comic studies—that is, a lack of investigation into audience reception and response. Most often this occurs because there are simply no reader reactions or fan letters available. Still, scholars in comic studies must think creatively about ways to address the plausibility of their interpretations within the particular historical context of their study. This is not to detract from Saguisag’s exceptional work but, rather, to encourage a broadening of the source base for comic studies as scholars venture to know how the people of the past read their present.

Incorrigibles and Innocents provides an exciting model for many more reevaluations of familiar texts in comic studies. It also challenges scholars to read these popular texts in the context of the myriad other, and less known, newspaper strips or comic book series to get a true sense of the reach of the ideas and assumptions that shaped consumer and political cultures of the past. 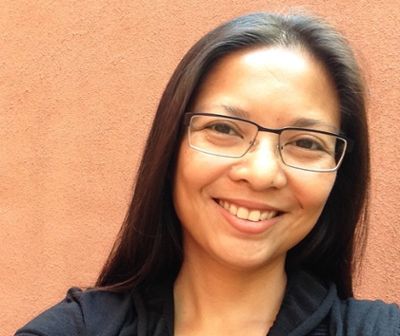 Lara Saguisag is Associate Professor of Children’s and Young Adult Literature at the City University of New York-College of Staten Island. Her book Incorrigibles and Innocents: Constructing Childhood and Citizenship in Progressive Era Comics (Rutgers University Press, 2018) received the Ray and Pat Browne Award for Best Single Work from the Popular Culture Association and the Charles Hatfield Book Prize from the Comics Studies Society. Incorrigibles and Innocents was also nominated for an Eisner Award for Best Scholarly/Academic Work. Dr. Saguisag’s current research project investigates the intersections of children’s literature, childhood, and energy regimes. She has also written several books for young readers.