Joanna Sliwa discusses her book, Jewish Childhood in Kraków: A Microhistory of the Holocaust, with Adara Goldberg. Watch here on the SHCY Youtube Channel, or you can listen to the conversation as a podcast. Other episodes of the SHCY podcast are available at our podcast website, or you can subscribe on Google Podcasts, Apple Podcasts, Spotify, and wherever you get your podcasts.

Joanna Sliwa is Historian at the Conference on Jewish Material Claims Against Germany (Claims Conference) where she is also Administrator of the Saul Kagan Fellowship in Advanced Shoah Studies and of the University Partnership in Holocaust Studies. Adara Goldberg is director of the Holocaust Resource Center and Diversity Council on Global Education and Citizenship at Kean University.

This review was published on H-Poland in July 2022.

Jewish Childhood in Kraków: A Microhistory of the Holocaust.

Joanna Sliwa presents a rich exploration of Jewish children’s experiences in wartime Kraków in her award-winning book, Jewish Childhood in Kraków: A Microhistory of the Holocaust. Using an impressive array of multilingual primary and secondary sources, memoirs and diaries, newspapers, written testimonies, and oral histories, Sliwa weaves together the stories of children in Kraków in the early days and throughout the war, their life inside and outside the Kraków ghetto, and the stories of Jewish children in the Plaszow camp. For both Jews and Nazis, Sliwa writes, Jewish children represented the future. As such, the Nazis understood children to be a particularly problematic threat—unable to work and a threat to their vision for an Aryan world. For the Jews, the children were the symbol of hope that boosted morale while also ensuring Jewish continuity in the post‐war world. Throughout her book, Sliwa shows how these conflicting perspectives of children shaped children’s experiences, as did their gender, age, appearance, familial, social, religious, prewar and economic backgrounds, luck, timing, and geography. By focusing on both people and places, Sliwa offers a unique glimpse into a history that she acknowledges few survived.

Jewish Childhood in Kraków illuminates the multitude of experiences Jewish children in Kraków had during the Holocaust, beginning with the occupation of Kraków on September 6, 1939. Sliwa’s book outlines some of the enormous changes and losses Jewish children experienced in the early days and months of the German occupation, whether it be family members leaving to join the army or families choosing to flee the city, new anti-Jewish measures, the appropriation of their apartments, or expulsion from the city by the German authorities. In response to the changes and losses, Sliwa shows, Jewish parents and community leaders worked to address the unique needs of the youngest Jews in the city. For example, after Jewish children were forbidden from attending schools in December 1939, parents organized secret education for their children. This is one example of how children took on a concealed presence within wartime Kraków. Sliwa uses this concept throughout her book to show how children were physically there, though remaining behind the curtains for their own protection. Sliwa also reveals how Jewish communal institutions, both prewar and newly created during the war, worked to address the children’s needs, be they physical, psychological, or spiritual, despite the ever-growing and increasingly dire demands.

Through five chapters (plus an introduction and epilogue), Sliwa tells the stories of the numerous children, ranging from grade school to teenagers, highlighting the diversity of experiences the children had, as well as the uniquely Krakovian experience they had (at times she compares Kraków to other cities or ghettos in the General Government to highlight that uniqueness). While for some the war reinforced intense feelings of difference, others only learned that they were different because of their Jewishness after moving into the ghetto. Just as their parents were forced to learn new ways to cope with their new realities, children, too, were forced to take on new roles and responsibilities, ranging from taking care of their younger siblings or relatives to smuggling goods or even other children out of or into the ghetto. Sliwa includes an entire chapter on the various clandestine activities children were involved in, sometimes at their own initiative and other times because of family requests. Whether they were lying about their age in order to obtain work or sneaking into or out of the ghetto, the children bravely engaged in acts of resistance against the Nazis. But children in the ghetto also tried to maintain some sense of normality through play, often using their imagination to substitute everyday items such as empty bottles for soccer balls. Sliwa writes that for girls, dolls represented stability and continuity, which explains why several survivors remembered their dolls and expressed a strong sense of loss even as adults. Parents, too, tried to offer normalcy through education, celebration, and religious ritual.

Describing the ever-worsening conditions in the ghetto, Sliwa tells the stories of Jewish leaders and children’s activists who understood the importance of adapting as best as they could to ad‐ dress the children’s needs even as those needs continued to change. At first, Jewish organizations worked to procure money from both within and beyond the ghetto walls for food, clothing, and medicine specifically for the children, while also providing spaces for play and recreation as a way to keep children off the streets and taken care of while their parents were at work. Children cared for by Centos and the Jewish Orphanage in the ghetto were spared from the first major anti-Jew‐ ish action in the ghetto in June 1942, thanks to the Judenrat, which intervened. This marked a turning point for children’s activists, as the resources needed for their work became increasingly difficult to find while the number of children needing those resources increased. The October 1942 German action was yet another turning point, as the children spared from the previous action were killed, leaving behind a smaller but needier group of Jewish children in the ghetto. Under Nazi orders, child activists were forced to organize a day care center for the remaining children, but, Sliwa writes, there was a feeling of doom that was impossible to overcome, and very few survived the ghetto liquidation.

When writing about children in Plaszow, Sliwa notes that although they were banned by the Germans, they were still there, either as workers or hidden. For the children who worked, certain work spaces, such as a brush workshop, were seen as relatively “safe,” though the camp itself was more violent than the ghetto had been. Children needed more protection there, she writes, given the uncontrollable conditions of the camp. For some, their parents’ privileged roles ensured that they had at least a bit more safety and security than others. One child even reflected after the war that she “had it good in Plaszow” (p. 99). At the be‐ ginning of 1944, the Germans ordered a children’s home to be built in the camp, though, Sliwa writes, the project was doomed to fail given the conditions in the camp. Isolated and surrounded by barbed wire, the children’s home had a special dining hall, bunk beds, and bathroom for the children, who were expected to keep it clean and orderly. Parents were permitted to visit, cook, and clean for the children, which greatly assisted the shorthanded caretakers. Fellow inmates helped raise funds to ensure that the children’s living conditions were as acceptable as possible, but they were still in a camp with terrifying sights and sounds, and the children lived in a perpetual state of fear. In May 1944 a “children’s action” proved that the children’s home was part of the plan for eventual annihilation, not a form of protection.

Sliwa’s final chapter highlights the experience of children who hid—as Jews or passing as non-Jews—in homes, rooms, group homes, convents and monasteries, and on the streets. Given the risk that hiding or assisting a Jew posed for non-Jewish Poles, hiding was quite difficult and dangerous for both the children and those who cared for them. Networks provided essential support and coordination, and some Jewish parents arranged for rescue for their children. Other children, however, fended for themselves if they were able to make it to the non-Jewish side—or in some cases outside Kraków or Poland altogether. Most children in hiding, however, remained in Kraków until the war ended.

In her epilogue, Sliwa writes that about five thousand Jewish children in Poland made it to the end of the war and by May 1945 about five hundred Jewish children were registered in Kraków. Some found a surviving parent, but in some cases they struggled to find a connection with them after having spent time with adoptive parents duriing the war. Jewish institutions sought to educate and help children connect to their Jewishness, which was somewhat difficult for children who had adopted Catholic identities. By the summer of 1946 postwar antisemitism encouraged many sur‐ vivors to leave, though a small group remained in Kraków. By 1989 when communism fell, a number of child survivors established ties—or reestablished ties if they had ties before—with the organ‐ized Jewish community in Kraków, especially after the Jewish Community Centre in Kazimierz was opened in 2008. Sliwa ends her book by acknowledging that many of the Krakovian child survivors’ stories have not been recorded and some never will be, though thanks to her book, we now have a sense of what the experience was like for Krakovian children during the war from the initial days of the German occupation to the liberation in January 1945.

Sliwa’s book is an essential contribution to Holocaust scholarship, but even more significantly, she offers us the opportunity to learn about children’s experiences, which often are absent from Holocaust literature. Their concealed presence, which Sliwa spends so much time discuss‐ ing, is precisely what makes it difficult to tell their stories. But Sliwa’s persistence and ability to dig through a multitude of sources to find even the smallest pieces of information resulted in this remarkable account that will hopefully encourage future scholars to explore the experiences of children in other parts of Poland and Europe. In addition to the scholarly audience, visitors to Kraków will also benefit greatly from reading Jewish Childhood in Kraków before visiting the city to ensure that they go beyond Kraków as depicted in Schindler’s List (1993). Sliwa acknowledges the power of the symbols the film gave its viewers, yet, as she promises in her introduction, the “book goes beyond these archetypal snapshots of Kraków’s Jewish history” (p. 1), leaving us with a deeper understanding of both the people and places she introduces us to. 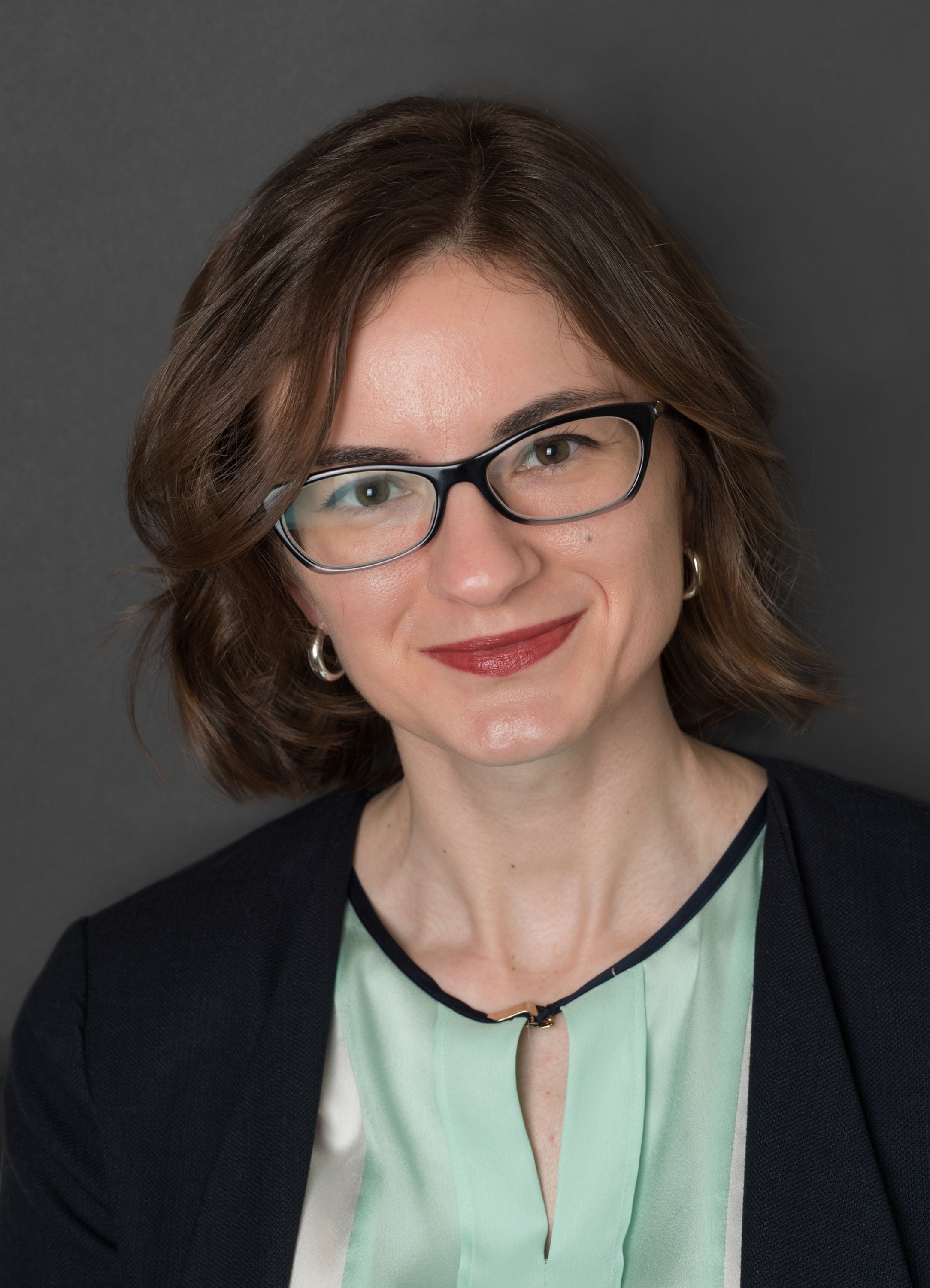 Joanna Sliwa, PhD, is Historian at the Conference on Jewish Material Claims Against Germany (Claims Conference) where she is also Administrator of the Saul Kagan Fellowship in Advanced Shoah Studies and of the University Partnership in Holocaust Studies. Dr. Sliwa has taught Jewish history and Holocaust history at Kean University and at Rutgers University where she also served as Faculty Advisor to the Master Teacher Institute in Holocaust Education at the Allen and Joan Bildner Center for the Study of Jewish Life. She has worked as Archive Project Specialist at the American Jewish Joint Distribution Committee (JDC) and as Assistant Manager of the Fellowships at Auschwitz for the Study of Professional Ethics (FASPE) at the Museum of Jewish Heritage – A Living Memorial to the Holocaust. As a public historian and educator, Dr. Sliwa has taught in teacher training programs, and has worked as a researcher, translator, and consultant for academic texts, websites, films, TV programs, and exhibits. Dr. Sliwa’s own research focuses on the Holocaust in Poland and on Polish Jewish history. She is the author of Jewish Childhood in Kraków: A Microhistory of the Holocaust, which won a 2020 Ernst Fraenkel Prize from the Wiener Holocaust Library.