Jewish Childhood in the Roman World

Jewish Childhood in the Roman World

Hagith Sivan and Malin Grahn-Wilder discuss Sivan's book, Jewish Childhood in the Roman World. You can also watch here, or listen to the conversation as a podcast here. Other episodes of the SHCY podcast are available at our podcast website, or you can subscribe on Google Podcasts, Apple Podcasts, Spotify, and wherever you get your podcasts.

Jewish Childhood in the Roman World.

Hagith Sivan’s study of Jewish Childhood in the Roman World is to be welcomed as the first scholarly volume on the subject. It opens with a brief overview of the nature of sources, explaining the differences and implications of the Torah, the Mishnah, the Tosefta, the Talmud and other Rabbinic writings. I am ashamed to admit, but this is one of the most useful parts of this volume for me and I shall recommend it to students as clear and precise in approaching the complexity of place, dating, and content. Sivan asks if it is possible to extrapolate a Jewish childhood from the Mediterranean cultural milieu in which Jewish children lived, given the nature of the sources. She answers this question admirably, presenting many sources that most scholars of the ancient world will know little of in detail. The problems that Sivan faces are common to the study of childhood in the past: the silence of children themselves; a lack of knowledge of the “everyday”; the cultural overprivileging of the male viewpoint. This volume, therefore, is welcome and timely.

The first two parts follow the conventional trajectory of histories of childhood. The opening chapter deals with cultural stereotypes of children and childhood, particularly how these are expressed in theories of the life course that embody societal expectations of particular age stages. As with Greco-Roman versions of such theories, they privilege males over females. Further discussions focus on the nature of minority and its use not only to define a stage of childhood development but also as a metaphor for women and gentile members of the household. However, as Sivan shows, there was a concern that as a child aged, they took on increasing obligations and roles within the family. The tables on the “Meaning of Age” (23 ff) are instructional in the balance of obligations of girls against those of boys. Chapter 2 takes children from birth to (untimely) death, following the child within the household and wider Jewish community. The spaces where one might locate children take up a greater part of the chapter—the home, school, synagogue, the fields, as young workers— providing a way into lived experiences as each space demands a varying set of behaviors. As with chapter 1 and the sources per se, the lives of boys dominate. The two following chapters acknowledge this and focus first on boys to men, then girls to women. They deal with the rituals that surround various key moments in a child’s life, particularly those surrounding puberty and rites of passage that move children beyond childhood.

Chapter 5 addresses the “misbegotten and malformed.” Bastardy and disability have only recently been granted the focus they deserve in studies of childhood in antiquity and it is gratifying to see this chapter included. The rabbinic literature on both subjects is extensive and suggests a constant anxiety about both inclusion and exclusion of less-than-perfect beings and their potential to disrupt the social contract between man, family, and Yahweh. This is particularly pointed in the section on androgini, where the uniqueness of those born with either sexual attributes of both males and females or without any clear sexual demarcation throws up a series of rules, which categorize an androgynous child predominantly as male despite evidence to the contrary. Interestingly, the Greco-Roman worries about androgyny and effeminacy are not those on which the Jewish rulings focus. Chapters 6 and 7 examine the iconography of children in synagogue mosaics and the wall paintings of the Dura Europus Synagogue in Syria, where exceptional numbers are depicted. However, Sivan’s contention that there is a “children register” in the lowest band of images on the western wall of the synagogue is harder to accept. The stories there depict child-protagonists but include Esther with her husband—a girl who has clearly moved beyond childhood according to Sivan’s earlier chapters. There is also the danger of equating all short figures with children. Despite this, the Dura Europus frescoes are clearly a rich source for children at all stages of life and in varied circumstances.

The third part of the volume is made up of four short fictional “autobiographies,” each balanced with a discussion of the primary evidence used to create the characters. While Sivan should not give up her day job to become a historical novelist, these thought-provoking biographies, set at moments important in the history of the Jewish diaspora, bring to life the lived reality of the lives of Jewish children.

The volume includes extensive footnotes that often contain directions to more contested elements of Sivan’s work and should be carefully considered. This volume and its bibliography will be a great resource for students and scholars alike. 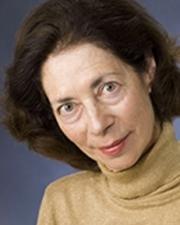 Hagith Sivan (Ph.D. Columbia University, 1983) has worked for decades along two main paths, the world of Late Antiquity and ancient Judaism. Her last book, Galla Placidia: The Last Roman Empress (2011) dealt with the curious and rather adventurous life of a Roman princess who married, in quick succession, a Gothic king and a Roman general. A coin of Galla was found in Belchin, a lovely archaeological site about an hour from Sofia, Bulgaria, which Hagith visited in May 2013. Her Palestine in Late Antiquity (2008) dealt with the crucial transformation of this Roman province from a Christianized “holy land” to Islamic rule, not neglecting Samaritans, Jews, and pagans. Two other projects dealt with gender, the Hebrew Bible and ancient Judaism (Between Woman, Man and God: A New Interpretation of the Ten Commandments (2004); and Dinah’s Daughters: Gender and Judaism from the Bible to Late Antiquity). She is a co-founder of the international series of conferences ‘Shifting Frontiers in Late Antiquity.’