Revisit a conversation between Rita Bode and Jean Mitchell about their edited volume, L.M. Montgomery and the Matter of Nature(s). You can listen here. This episode originally appeared as Season 9, Episode 5 of the SHCY Podcast. Other episodes of the podcast are available at our podcast website, or you can subscribe wherever you get your podcasts.

Rita Bode and Jean Mitchell, eds.
L.M. Montgomery and the Matter of Nature(s).
McGill-Queen's UP, 2018.

As Rita Bode and Jean Mitchell, editors of L.M. Montgomery and the Matter of Nature(s) note in their introduction, Canadian author L.M. Montgomery’s exploration of nature in her writings was “subtle and fluid,” shaped not only by her early life on Prince Edward Island, but by “modernity” and the devastation wrought by the First and Second World Wars (3). New scholarly approaches to exploring human and nonhuman relationships and our current anxieties about environmental issues, many of which Montgomery shared in her lifetime, make a critical reassessment of her works imperative. L.M. Montgomery and the Matter of Nature(s) provides such a timely and relevant reappraisal. The introduction and each of the twelve essays included in the collection could stand alone as intriguing and revelatory analyses of Montgomery’s relationship with an aspect of “nature”; together, they provide an interdisciplinary and wide-ranging exploration of the complexity of Montgomery’s works and life through the lens of new definitions of and approaches to “nature.” The editors’ declared purpose is to create a “new understanding to Montgomery and the subject of nature through a multidisciplinary approach and a critical environmental awareness that embraces the concept of nature as expansive, inclusive, and varied,” and the collection certainly fulfills this objective.

Bode and Mitchell provide a multifaceted introduction to previous and new scholarly approaches to nature and literature, reassessing readings of Montgomery through Romanticism and modernism and its legacies while drawing on theories and definitions of nature and ecocriticism to create “new avenues for reappraisals” for Montgomery and other writers (6). They align Montgomery with the Confederation poets, noting the similarities in their feelings of “companionship” with nature, and pointing out the Canadian stance that Montgomery and the Confederation poets created as distinctive from British and European Romanticism. Montgomery “rejects an art that depicts nature as only a mirror for human emotions and sensations”; instead, like other North American writers, she saw “the natural world not only as a retreat and source of healing but also as an object of exploration” (8). As Bode and Mitchell thoughtfully argue, past formulations of Canadian literature as “a response to . . . a hostile, alien natural environment” mostly exclude women writers’ responses to it (9); more recent work in women’s studies, however, privileges garden over wilderness, optimism and liberation over Northrop Frye’s notion of “deep terror,” and so provide fruitful ground for new explorations of Montgomery and other women writers. Bode and Mitchell’s recognition of Montgomery’s “acknowledgement of nature’s and her own autonomy,” and their assessment of her writing as “representing the human and nonhuman as equal participants in the act of living” opens space for the “broad conversation” about “the matter of nature(s) in Montgomery’s work” that this collection addresses (11).

The three sections of the collection provide related themes for reassessing Montgomery’s works. Part One, Nature’s Places, examines the relations between “language and landscape,” “human and nonhuman” in Montgomery’s descriptions and characterizations of place (15). Part Two, EmbodiedNature, includes reimagined definitions of “nature” and how it is culturally and socially constructed, “observed, and embodied” in Montgomery’s works and life (17). Part Three, Nature’s Otherness, explores notions of kinship, nature and nurture, human and nonhuman, addressing how Montgomery’s writing “explores difference within an interconnected world” (20). Such themes create space for subjects as diverse as Jean Mitchell’s exploration of neurasthenia as constructed and gendered, Elizabeth Rollins Epperly’s analysis of Montgomery’s metaphors and their connectedness to nature, Kate Sutherland’s exploration of Montgomery’s conceptions of positive (legal) law versus natural (moral) law in Emily Byrd Starr’s development, and Tara Parmiter’s investigation of the nature study movement, the spirit of inquiry it engendered, and the “sense of wonder” Montgomery created in her Anne books. An especially strong essay is Catriona Sandilands’s opening chapter, “Fire, Fantasy, and Futurity: Queer Ecology Visits Silver Bush,” in which Sandilands’s queer ecological reading of the Pat books asks us to question the “heteronormative conventions undergirding the destruction of place” in Mistress Pat (29). She also draws on theories of island ecology and environment to observe that fire, which destroys Pat’s beloved Silver Bush, canbe “part of an ongoing transformative process in which new species and relationships are enabled” (31). Challenging previous readings of Pat as neurotic and obsessed with resisting any change at Silver Bush, Sandilands enables us to reenvision Pat as adaptable to change and as resistant to the patrilocal conventions that require women who marry to leave the place and land they love. In Part Two, Mitchell’s intriguing analysis of neurasthenia as constructed and gendered better illuminates both the agency Montgomery found in this medical diagnosis and the constraints it placed on her, providing new insights into this illness’s impact on her life and her writing. An equally interesting pairing of perspectives occurs in Part Three, where Paul Keen’s examination of the nature-versus-nurture controversy in the context of Montgomery’s orphans contrasts with Laura Robinson’s overturning of the “natural” bonds of familial kinship in Montgomery’s work in favor of bonds of affiliation, or “emotional kinship,” which, as she argues, critiques and overturns traditional and patriarchal notions of family.

Overall, this new collection of essays, ably edited by Bode and Mitchell with acknowledgment of Benjamin Lefebvre’s earlier editorial contributions,uncovers the complexity of Montgomery’s relationships with “the matter of nature(s),” providing new critical perspectives from which to reassess her work and, importantly, also providing analytic models for reassessing other writers through an “expansive, inclusive, and varied” conception of nature and the environment.

Andrea McKenzie is Associate Professor at York University in Toronto. She is co-editor of L.M. Montgomery and War (McGill-Queen’s UP, 2017), editor of War-Torn Exchanges: The Lives and Letters of Nursing Sisters Laura Holland and Mildred Forbes (UBC P, 2016), and author of several chapters about L.M. Montgomery’s works. 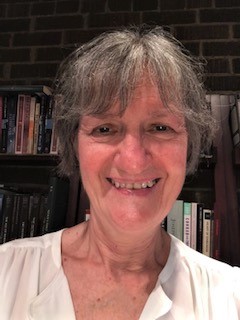 Rita Bode is professor of English Literature at Trent University in Ontario. In addition to co-editing L.M. Montgomery and the Matter of Nature(s), she is co-editor, with Lesley Clement, of L.M. Montgomery’s Rainbow Valleys: the Ontario Years, 1911-1942 (MQUP 2015). Her current project on Montgomery involves critical reassessments of Montgomery’s views and representations of children and childhood, especially as these intersect with the work of other writers, who both precede and follow Montgomery. Her work on Montgomery aligns with her research interests in nineteenth- and early twentieth-century British and American writers, with a particular focus on the transatlantic literary relationships among women writers. Forthcoming in late 2020 is a collection of essays, co-edited with Monika Elbert, entitled American Women’s Regionalist Fiction: Mapping the Gothic (Palgrave) which reflects her interest in environmental criticism that is also evident in the Matter of Nature(s) volume. 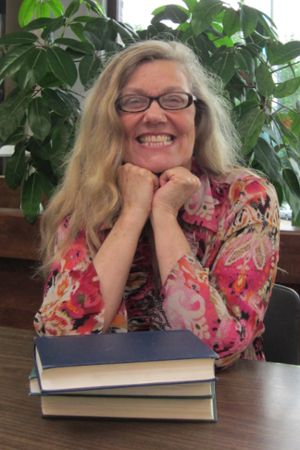 Jean Mitchell is an associate professor of Anthropology and Chair of the Department of Sociology and Anthropology at the University of Prince Edward Island. She has edited Storm and Dissonance: L.M. Montgomery and Conflict (2008) and co-edited Anne around the World: L.M. Montgomery and Her Classic (2013). Having worked for a number of years with the United Nations in India and the South Pacific, she now conducts anthropological research in Vanuatu. Her main interests have been colonial and postcolonial processes connected to youth, gender, migration and environmental knowledge and practices. She has recently completed a collaborative research project with young people on traditional knowledge and garden practices entitled “Ecologies of Care in Vanuatu.” Her current Montgomery project traces how nineteenth century evangelical culture in Cavendish, Prince Edward Island affected New Hebrides (Vanuatu) and informed Montgomery’s life and writing.