Victoria Grieve discusses her monograph, Little Cold Warriors: American Childhood in the 1950s, with Julia Gossard. This episode originally appeared as Season 9, Episode 13 of the SHCY Podcast. You can listen to other episodes of the SHCY podcast by visiting the podcast website, or subscribe wherever you get your podcasts.

In the 1950s, American Cold War culture intersected indelibly with the culture of America's children. Children read comic books and watched as the Lone Range set an example for how the United States could be a world leader. Their art was exchanged with other kids across the globe as a testament to their love of peace and brotherhood. Their literature became a critical component of their country's outreach effort in U.S. libraries in the Middle East and Asia. Public service campaigns at home used images of children to establish the "moral legitimacy" of the United States and its crusade in the Cold War (123). Meanwhile, kids encountered the pervasive influence of the Cold War in most facets of their public and private lives, from how they exercised in the playground to the letters they wrote to pen pals across the Atlantic.

In Little Cold Warriors, Victoria M. Grieve argues that children played an important role in upholding the United States’ sense of “benevolent supremacy” in its foreign policy (4). Borrowing from arguments made by a number of scholars in the fields of Cold War cultural history and children’s history, she contends that American children functioned as little diplomats during the Cold War, spreading a vision of American peacefulness and strength based on their own established innocence and goodwill. Grieve examines some of the ways in which children’s culture helped to uphold America’s vision of the Cold War at home and abroad, thinking about how children helped to promote a vision of the United States as benevolent, creative, open, disciplined, and committed to citizenship.

Little Cold Warriors is strongest when it examines materials that have not already been uncovered in some depth by historians. Of particular note is an innovative chapter on how the libraries of the United States Information Agency (USIA) in the Middle East printed and shared American literature for visiting audiences in the 1950s and 1960s. Grieve examines the role of the Franklin Books publishing firm, which was contracted by the USIA in 1953 to put out low-cost copies of books that would explain the “American political and economic system in a positive light” (100). Grieve makes a compelling case for the power of these books, particularly those that made up the juvenile literature catalogue, in reaching millions of readers across the Middle East. By the 1960s, all of Franklin’s juvenile publications could be found on the list of books approved for school libraries by the Egyptian government. At the same time, Franklin was frequently at odds with the USIA over what kinds of books should be published and for what ends.

Grieve also reminds readers of the importance of soft power in a modern age that has increasingly disregarded it. We see in this book how the imagery and products of childhood promoted an American Cold War agenda in countless tiny ways. None of these seemed singularly critical in the larger project to create Cold War consensus at home and abroad, and yet combined they constituted a powerful force in upholding and developing America’s image in the battle for hearts and minds.

While there is much to say in support of Little Cold Warriors, the book is weakened by the fact that much of its argument has already been made by other scholars in recent years. In the acknowledgments, the author says it took eleven years to write this book. In that time, other historians have convincingly argued that American— and Soviet—children were critical tools in waging the Cold War at home and abroad. Moreover, while the topics of the chapters are interesting, there is no obvious thread that ties them together, and there is no justification in the book for why the author has chosen these topics in particular. This speaks to a significant dearth of analysis when it comes to understanding the author’s methodology, sources, and scope. While the book at times seems to want to discuss real children and their experiences during the Cold War, it spends most of its pages discussing the attempts by adults to influence American children and use the image of the child—and the cultural products children create—in waging the Cold War. It is also not clear whether this book is primarily concerned with the Cold War as a domestic or international phenomenon. There are times when the book focuses on the American indoctrination of children at home and in schools; other times it discusses issues that are far removed from the U.S. and the actual experience of the American child. All of this could have been remedied with improved framing of the project and argument.

This book is nonetheless well written and will be of interest to scholars seeking to learn about the intersection of American children’s culture and the Cold War. It is unfortunate that a book this small carries such a high price tag. Grieve has clearly mastered the art of storytelling, and particular chapters could be of real use in the undergraduate classroom. 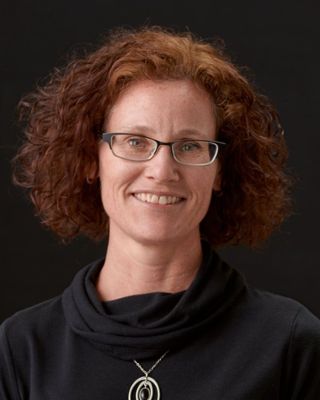 Victoria Grieve is Professor of History at Utah State University. She teaches modern United States history, with an interest in childhood studies, the politics of culture, and radicalism. A native of Philadelphia, Pennsylvania, Grieve holds degrees in history, English, and Women’s Studies and a PhD in history from The George Washington University. Her publications include Little Cold Warriors: Childhood in the 1950s (2018) and The Federal Art Project and the Creation of Middlebrow Culture (2009), and articles in The Children’s Literature Quarterly and Western Historical Quarterly. She is currently working on a history of female labor journalists in the 1940s and 1950s.