Leeann G. Reynolds discusses her monograph Maintaining Segregation: Children and Racial Instruction in the South, 1920-1955 with Zachary Smith. Listen here. You can listen to other episodes of the SHCY podcast by visiting the podcast website, or you can subscribe on Google Play and iTunes.

Leeann Reynolds in Maintaining Segregation: Children and Racial Instruction in the South, 1920–1955 explores how children were raised to accept segregation in the American South. Reynolds makes a critical intervention in the fields of history, education, and childhood and youth studies by exploring how Southern children understood segregation as an immutable facet of life. Reynolds’s insightful text brings the readers into some of the most intimate moments of socialization that occurred in homes and childhood friendships through gripping narratives. Her analysis reminds us that deconstructing the silence around segregation is a critical task for scholars as our nation continues to struggle with white supremacy.

Focusing on the time period of 1920 to 1955, when violence was used less frequently as a form of control, Reynolds explores how Southerners maintained segregation through socialization in the home, schools, and churches. Silence, Reynolds argues, ultimately upheld segregation, and it constituted the first line of defense in maintaining it. As the South recovered from the Civil War, memories of the conflict and Reconstruction faded, yet whites were left with an emotional heritage as part of their upbringing (28). As memories subsided, Reynolds recounts, an intentional socialization that varied from deliberate lessons to maintaining a silence around issues of race communicated that segregation must be accepted without question (39).

Yet the process of socialization was not uniform. Black parents, for instance, were compelled to teach their children that segregation was a fact of Southern life, which perpetuated its immutable fixture in the Southern landscape. At the same time, African Americans instilled pride in ancestry, and oftentimes families avoided discussions of segregation or provided alternative explanations—if their children could in fact be sheltered from the violent realities of segregation.

Of particular interest in Maintaining Segregation is Reynolds’s exploration of how segregation was inculcated through Southern schools. While race and racial etiquette were rarely directly taught, the struggle for textbooks sympathetic to the South demonstrated the educational infrastructure needed to support a segregationist ideology (71–74). In regard to black schools, Reynolds illustrates the integral role of Carter G. Woodson and the Association for the Study of Negro Life and History (ASNLH) in providing alternative realities to the inferiority inscribed in the system of segregation. But this fell short of challenging segregation, as Reynolds found that “many black educators chose to prioritize student achievement rather than emphasize ways to confront segregation and disenfranchisement” (82).

Though sometimes inexact or self-aggrandizing, Reynolds’s methodological use of autobiography in this text is effective and allows the reader to understand the perpetuation of segregation through the words of those who lived it. The effectiveness of this approach is evident when she examines the “awakenings” that resulted from a variety of experiences such as travel outside the region, military service, college education, and personal encounters (119). For Reynolds, racial awakenings among African Americans and whites constitute a process as opposed to a singular incident popularly known as a “baptism by fire.” Autobiographies are helpful in disproving such conversion narratives, which imply there was a singular moment of awakening. Though baptisms by fire are important, they are more accurately understood as a foundation on which to build a larger awareness and critique of segregation (122–23).

Some aspects of the text warrant further analysis. Reynolds notes that “segregation was costing [whites] something” if they viewed segregation as harmful to their self-interest (142). Additionally, staged conflict was more effective in forcing a dilemma than emotional appeals through education or rationality (147–52). Yet further elaboration on the costs whites incurred for confronting segregation, as well as the construction of a new colorblind ideology, would enhance this analysis since it would allow the reader to better grasp the resilience of white resistance to integration.

Furthermore, Reynolds notes that an emphasis on the long civil rights movement downplays the strength of segregation as an unquestioned ideology with which African Americans had to contend (8). This, at times, dismisses the ongoing and nearly permanent feature of resistance in the black community. For instance, the more subtle work of black teacher associations and educators committed to ASNLH was a regular feature of resistance alongside the perpetuation of supremacist ideology. Examining the tension and concomitant resistance without privileging either vantage point will help deepen our understanding of the long freedom struggle.

Maintaining Segregation is an important addition to the groundbreaking work of Jennifer Ritterhouse and Rebecca de Schweinitz. Maintaining Segregation is a must read for scholars interested in the intricacies of Southern youth and education during segregation. Leeann Reynolds expands our understanding of the complexity and insidious nature of segregation and, moreover, adds nuance and historiographical insight to the growing body of scholarship on children and youth during segregation through this comprehensive analysis. 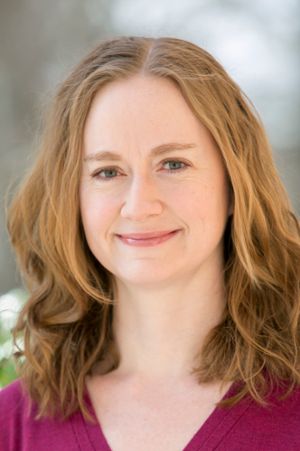 LeeAnn G. Reynolds is an Associate Professor of History at Samford University in Birmingham, AL. She earned her graduate degrees at Vanderbilt University. Her research interests include African American history, southern women’s history, and the history of the South in popular culture. Her current book project explores the lives and work of Lillian Smith, Virginia Durr, and Anne Braden, three white southern women who were involved in the civil rights movement.  She has also recently completed a film project about the racial divide in Birmingham in the early 1960s.