Olga Dror is interviewed by Sabine Frühstück about Olga's monograph, Making Two Vietnams: War and Youth Identities, 1965-1975. You can listen, here. Olga would like to express her deepest gratitude to Sabine Frühstück, at the University of California, Santa Barbara, for setting up everything and being the best possible interviewer and to Daigengna Duoer, a Ph.D. Student in Religious Studies at the University of California, Santa Barbara, for her help with the technical issues and editing. You can listen to other episodes of the SHCY podcast by visiting the podcast website, or you can subscribe on Google Play and iTunes.

Scholarship in the field of the history of childhood and youth has blossomed tremendously in the recent past, not least because of this journal. In particular, the history of childhood during times of war has become a rich subfield that has yielded some of the most riveting monographs over the years. Among these, two stand out: Nicholas Stargardt’s pioneering Witnesses of War, about children’s lives under the Nazis, and Svetlana Alexievich’s inimitably vivid accounts in Last Witnesses, an oral history of the children of World War II. Taking us into a rather different part of the world and a later moment in twentieth-century history (and thus expanding further our knowledge), Olga Dror’s Making Two Vietnams is an important addition to a field that has, for the most part, remained stubbornly Euro-American-centric. The book focuses on one decade, 1965–75, a period that Dror describes as decisive—especially for children, since they were “at the center of ideological activity” (5). This activity was conducted by the education establishment and other organizations, who produced a range of publications specifically designed to raise, guide, and manage young people. In Making Two Vietnams, Dror explores how these ideologies conceived of children and their wartime roles—as well as how the children experienced the war within those ideo- logical parameters.

The first three chapters detail the mechanics of institutional settings within the Democratic Republic of Vietnam—North Vietnam (DRV) and the Republic of Vietnam—South Vietnam (RVN), including educational systems (chapter 1), social organizations (chapter 2), and publication policies and venues (chapter 3). In so doing, these chapters illuminate the circumstances and differences between these two populations—whose unity, though forcefully claimed, was never quite achieved. This background is then augmented by the educational and social narratives found in texts from both the DRV and the RVN. With this portion’s close reading of policies and institutional stories, Dror pieces together vivid pictures of what she calls the “emotional socialization” of children. In chapter 4 we see, then, how North Vietnamese children learned to love (the party and the state), hate (the enemy), and admire (heroes). But no such cut-and-dried simplicity was to be found south of the border. In chapter 5, Dror suggests that the absence of authoritarian state control in South Vietnam further complicated a mindset dominated instead by the fear of losing family-based traditional culture and societal structures. In addition, widespread ambivalence toward the war shared by all South Vietnamese was often matched with a “play hard and play now” (266) attitude among the youth, because they knew they would eventually be drafted. Of course, the expressions of many emotions felt by South Vietnamese youths—from the mockery of soldiers to the melancholy in light of the toll the war took—though tolerated by parents and educators in the RVN, would have been suppressed in the DRV.

Throughout, Dror carefully delineates one of the split nation’s sharp contradictions: while the North struck a revolutionary break with tradition, the South instead strove to build a modern society that preserved values of family and loyalty to local communities. Accordingly, while both societies recognized children as being the future, this concept inspired disparate visions; whereas the North taught its children to worship Ho Chi Minh and trained them to serve the goals of the Party, the South granted its youth the “space to consider options and possibilities for their futures” (270).

Altogether, Making Two Vietnams illuminates the degrees to which one country’s two very different societies both ideologically and physically employed and deployed their children in the pursuit of war. In so doing, it adds to the scholarship of identifying the distinctions to be found within Asian societies, among Asian societies and other societies, and among Communist and other authoritarian and non-authoritarian regimes at war in the late twentieth century. In addition, given the often-insinuated universality of the use value of children, Dror’s book also shines a disturbingly bright light on how war can change virtually everything but most of all the values we attribute to children, family, community, and nation—as well as how the pressures of war inspired distorted rhetorical uses of those layers in the two Vietnamese societies whose recent history she examines. 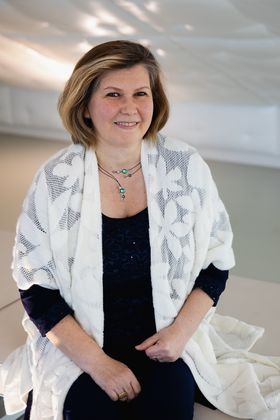 Educated in Russia, Israel, and the United States, Olga Dror is currently a professor of history at Texas A&M University. She has authored, translated, and co-edited five books and numerous articles. The focus of her research ranges from Vietnamese and Chinese theistic religions and European missionaries in Asia in early modern times to the study of the civilian experience during the Tet Offensive in Hue, to North and South Vietnamese youth during the Second Indochina War to political religions. Her most recent monograph Making Two Vietnams: War and Youth Identities, 1965-1975 was by Cambridge University Press in 2018. Her articles appeared in the leading journals of several fields Journal of Asian Studies, Journal of Southeast Asian Studies, Journal of Social History, Journal of Cold War Studies. Among her awards are a National Endowment for Humanities Fellowship, a National Humanities Center Fellowship, and a Dan David International Fellowship. She is currently working on the monograph titled Ho Chi Minh’s Cult in Vietnamese Statehood, where, among other things, she focuses on the examination of Ho Chi Minh’s cult in comparison to the cults of Mao and other communist leaders. In 2020-2021, she is a fellow at the Institut des études avancées de Nantes, France.