Nation-Empire: Ideology and Rural Youth Mobilization in Japan and Its Colonies

Sayaka Chatani discusses her monograph Nation-Empire: Ideology and Rural Youth Mobilization in Japan and Its Colonies with Chelsea Szendi Schieder, who is an Associate Professor at Aoyama Gakuin University in Tokyo. Scheider is also the author of Coed Revolution: The Female Student in the Japanese New Left (Duke University Press, 2021).You can listen to the interview, here. You can listen to other episodes of the SHCY podcast by visiting the podcast website, or you can subscribe on Google Play and iTunes.

Nation-Empire is a monumental work of social history that provides a comprehensive overview of the Japanese Empire’s attempts to mobilize rural youth in the service of the nation from the earliest years of the twentieth century through the end of World War II. Moving with perfect ease and at will between three major research languages (Japanese, Chinese, and Korean), author Sayaka Chatani excavates a treasure trove of primary-source findings on youth cultures in three distinct regions (Japan, Taiwan, and Korea), supplemented by original oral history interviews conducted in the early twenty-first century with nonagenarian survivors of Japan’s wartime mobilization.

Chatani opens with a mystery: if colonial subjects of the Japanese Empire were forcibly assimilated against their will (as other scholars have claimed), why did hundreds of thousands of these same subjects volunteer for service in the Japanese military, seemingly with genuine enthusiasm? The core of Chatani’s research is an attempt to resolve this mystery by comparing extremely detailed case studies of three rural villages: Shida village in Miyagi prefecture in north- eastern Japan, Beipu village in Xinzhu province in northwestern Taiwan, and Kwangsŏk village in South Ch’ungchŏk province, in what is now South Korea.

In all three of these locations, Japanese officials eventually achieved some degree of success in establishing a hierarchical network of quasi-official “village youth associations” (seinendan in Japanese) that proved highly responsive to state-mandated goals. Although Chatani is attentive to local differences, in each case, officials ultimately succeeded by offering young people (particularly young men) a heady mixture of opportunities for personal advancement in local society and a Japanese brand of “agrarian nationalism” that celebrated the “rural youth” as the “pillar” of Japan’s imperial expansion, over and against educated urban elites who were portrayed as excessively materialistic and spiritually inferior. In this way, Chatani argues, Japanese officials were able to appeal not only to rural youths’ status anxieties and economic interests, but also to their emotions, providing them with a new, positive self-image that allowed them to overcome inferiority complexes and embrace imperialization with acquiescence and even enthusiasm.

What makes Chatani’s study so innovative and analytically groundbreaking is its truly comparative framework. By placing these three case studies side by side and treating them with equal care, Chatani is able to show how colonial policies that previous scholars have portrayed as brutally assimilationist and entirely coerced occurred at almost exactly the same time, in a very similar manner, as broadly analogous policies enacted in rural areas of the Japanese home islands. In reading Chatani’s study, it becomes increasingly difficult to distinguish between imperial assimilation projects in the colonial periphery and the “spiritual mobilization” projects carried out on ethnically Japanese subjects close to the metropole. Ultimately, this juxtaposition of overlapping policies at home and overseas helps us understand both how colonial policies were somewhat less coercive than has been portrayed and how home-islands mobilization was far more coercive than has been generally understood—in many ways, a kind of forced “Japanization” of people one would have thought were already “Japanese.” As Chatani persuasively concludes, “The social and emotional mechanism of creating ideal Japanese nationals among colonial village youth was, it turns out, not fundamentally different from that in the Japanese countryside” (152).

A great strength of Chatani’s study is the large number and variety of individual voices she uncovers at the grassroots. Chatani does not merely synopsize the historical dynamics of these long-forgotten villagers and petty colonial bureaucrats—she shows us what they thought, in their own words. Nation-Empire also does an admirable job of placing Japanese youth culture into a broader transnational context with similar youth movements in other nations, including the Hitler Youth, the Soviet Pioneers, the Boy Scouts, and the YMCA.

One area where this study may have fallen a bit short is in substantiating one of Chatani’s major claims, encapsulated in the title Nation-Empire—that Japan’s colonial empire differed substantially from other colonial empires such as those of France and Great Britain, in that a sustained effort was made to assimilate colonial subjects into a mono-ethnic Japanese nation-state. This argument is plausible, but Chatani has not here done enough comparative research across empires to fully support it. That said, Chatani has already done such a significant service to the field of global youth studies by undertaking such an ambitious study across three regions within a single empire, that it seems excessively greedy to expect even more research across different empires. As is, Nation-Empire will already be of tremendous value to any scholar seeking to undertake comparative research on empires and global youth culture, and we can expect that this book will remain the definitive work on youth in the Japanese Empire for a great many years to come. 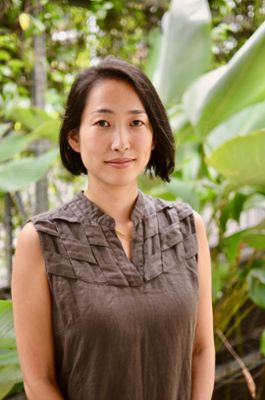 Sayaka Chatani is Assistant Professor and Presidential Young Professor at the Department of History, the National University of Singapore. She teaches modern East Asian history and specializes in the social history of youth, ideology, identity, and emotions. She is the author of Nation-Empire: Ideology and Rural Youth Mobilization in Japan and Its Colonies (Cornell University Press, 2018). Her articles on Japanese imperialism and youth have appeared in The American Historical Review, Comparative Studies in Society and History, and edited volumes. She is currently working on a history of transborder community building among pro-North zainichi (Korean) population in Cold War Japan and beyond.