Pioneering Education for Girls across the Globe

Pioneering Education for Girls across the Globe

Jill Sperandio and Kristy Kelly discuss Sperandio's book, Pioneering Education for Girls across the Globe: Advocates and Entrepreneurs, 1742-1910. You can watch here, or listen to the conversation as a podcast here. Other episodes of the SHCY podcast are available at our podcast website, or you can subscribe on Google Podcasts, Apple Podcasts, Spotify, and wherever you get your podcasts.

Jill Sperandio is Professor Emeritus at Lehigh University College of Education. Kristy Kelly is Associate Clinical Professor in the School of Education at Drexel University You can watch other SHCY interviews on our Youtube channel.

Pioneering Education for Girls across the Globe: Advocates and Entrepreneurs, 1742-1910

Jill Sperandio’s book explores the history of six girls’ schools across the world, founded between the mid-eighteenth to early twentieth century. The pioneer schools become points of interest, being the first of their kind for girls from communities that otherwise had little access to education. Examined in six separate chapters, they cover an impressive geographical breadth even if their histories are not connected. Sperandio’s arguments are about the commonalities between them in terms of their contexts and the people who made them possible. Rather than proffer a reading of secondary education for girls in terms of imperial or nationalist concerns, or even social reform movements, she analyzes her sources from the vantage point of leadership, advocacy, and social entrepreneurship.

At the outset, Sperandio proposes social entrepreneurship as an analytical framework to study the girls’ schools in America, India, Britain, Azerbaijan, Singapore, and Uganda, which differed considerably from the financially motivated dame schools. By social entrepreneurs, Sperandio understands that “innovators who are not driven by profit” and are “agents of change” and take advantage of changes in their societies (8, 9). Historians have often emphasized the centrality of domestic subjects in nineteenth-century initiatives in female secondary education, particularly across the British Empire. But Sperandio is more concerned with arguing that motivation for the pioneer schools was social change rather than the production of educated wives and responsible mothers. To this end, she describes an incident in which students of the Moravian girls’ school in Bethlehem read out poems they had written in honor of chiefs from the Iroquois Confederacy who visited the school, underscoring a curriculum that was not wholly governed by domestic subjects (chapter 2). The entrepreneurial spirit is identified in women and men like Countess Benigna von Zinzendorf, who founded the Moravian school, or Zeynalabdin Tagiyev, the oil baron who secured the approval of clergymen from Islamic centers in other countries for teaching secular disciplines to Muslim girls in Baku. The narratives emphasize the anomaly of girls’ schools in times and places that were most opposed to female education.

A fundamental argument in the book is that social entrepreneurship made girls’ schooling acceptable and created a demand for it. This is best expounded in chapter 4, which traces a constellation of schools, school boards, and local organizations that began lobbying for girls’ schooling in Norwich in the nineteenth century. Even the school, founded by Savitribai and Jyotirao Phule in 1848 for Dalit girls, was influenced by missionary schools and subsequently inspired other schools for lower-caste children (chapter 3). Advocacy and social entrepreneurship have also been identified in the present endeavors of Bill and Melinda Gates and Malala Yousafzai, among others (chapter 9).

The appeal of this book, for those interested in a global history of education, is in the array of historical cultural contexts it explores. But the insistence on cross-cultural comparison detracts from Sperandio’s analysis, rendering it unfocused. One vexing error is the spelling of “Dalit,” referring to former untouchable castes in India, as “Davit” (29). Though it must have crept in during the production of the book, it is indicative of a cursory engagement with the regional histories of most of the schools. In the nineteenth century, female education in the colonies was as much a response to ideological differences between native philanthropists and reformers, as a reaction to the Empire. In India, for example, not only did nationalists like Tilak oppose the initiatives of the Phules, but the efforts to school Dalit girls had markedly different goals from those of reformers in other regions, such as the Bramho Samaj in Bengal. This complexity has been downplayed for most of the schools.

The trouble with Sperandio’s understanding of social entrepreneurs is that it presupposes that the different categories of founders or leaders discussed anticipate no gain except the acceptance of girls’ schooling. The white missionary women at the helm of schools in Uganda, India, and Singapore come across as benevolent advocates without their location being problematized. The domestic ideology or ethnic agenda behind the efforts of figures like Lim Boon Keng are understated. This myopic approach is fostered in order to foreground the progressive ideas of social entrepreneurs. The book is a culmination of the author’s experience as a school administrator and her interests in the question of leadership. However, the lens of social entrepreneurship could have offered an exciting alternative to an imperial logic usually deployed to study schools in South Asia and the Far East. But the nature of sources, the reliance on secondary literature in English and the dutiful sequestering of the schools and themes curb this possibility, keeping the book mired in its own Eurocentrism. 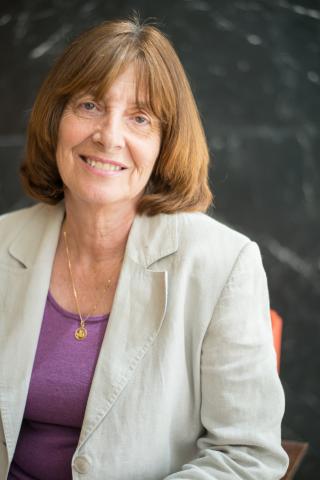 Professor Emeritus at Lehigh University College of Education. She earned her doctorate in Educational Policy and Administration from the University of Chicago in 1998.  She has had a long career as a teacher, a trainer of teachers, and Principal at international schools in Africa, the Middle East, and Europe. Her writings and public presentations explore education, gender, and the development of women’s leadership.