Welcome to the first Featured Book section of the new SHCY website. Our inaugural monograph is Progressive Mothers, Better Babies: Race, Public Health, and the State in Brazil, 1850-1945 by Okezi T. Otovo.

Please listen here for the interview with Okezi T. Otovo and her colleague, Bianca Premo.

In Bahia, a northeastern state of Brazil, the decades following emancipation saw the rise of reform campaigns led by physicians and politicians who wanted to reshape Brazil through an ideal of the modern nation that focused on improv- ing the health of laborers. Reformists considered impoverished mothers to be agents of social change and saw their child-rearing practices as the cornerstone for transforming the country. Examining the Bahian contours of this move- ment, Okezi Otovo’s Progressive Mothers, Better Babies investigates the origins and outcomes of the maternalist movement from the mid-nineteenth century to 1945, a historical period remarkable for the dismantling of slavery (1888), the institution of the First Republic (1889), and the government of president Getúlio Vargas. Relying mainly on medical journals and administrative records, Otovo explores the institutionalization of medical interventions directed at impover- ished mothers and their offspring. She also considers the lived experiences of women of African descent, most of them domestic workers, who sought medi- cal aid and social assistance while negotiating family life and wage labor within a racialized and gendered unequal post-abolition society. 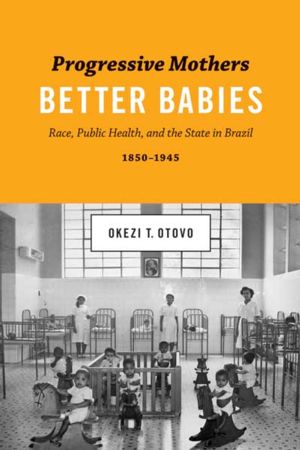 The book constitutes an important contribution to the growing literature on medical discourses and practices of motherhood and child-rearing. The author brings into relief the constraints caused by gender, racial, and class hierarchies upon the experiences and practices of maternity for black mothers. The book is divided into five chapters. This structure emphasizes the emergent inter- ventionism of the medicalizing project that connected impoverished families to the government and to private institutions. Otovo demonstrates in the first chapter that an emphasis on the reproductive life of black women and on the health of their children were at the center of scientific projects involving eugenic theories as a path to the nation’s development towards the post-abolition era (35). Chapter 2 focuses on the institutionalization of maternalism and the rise of medical support policies for working mothers at the beginning of twentieth century in Bahia, drawing on two interconnected concepts of black maternity to show the tensions between the role played by black women as wet nurses and nannies, on the one hand, and as mothers with their own children to feed, on the other hand. In chapter 3, Otovo investigates policies of small stipends promoted by the Foundling Care Institution that sought to encourage impov- erished mothers to perform “reproductive labor” by staying at home to nurse their own offspring (92).

In chapter 4, the author provides an important perspective on the issue of scientific motherhood by emphasizing the tensions between biomedical practices and discourses on childbirth and the role of folk midwives. Otovo demonstrates that in the 1930s and 1940s, physicians used different strategies to try to displace generational knowledge dominated by networks of women in order to promote a scientific approach to mothering, reinscribing childbirth as a field legitimized by men and as one entry point for wider medicalization. Despite the rhetoric that blamed midwives as life threatening and “supersti- tious,” as well as the founding of a maternity center in Salvador—the only institutional birthing clinic in the state—the reality was that clinic attendance remained rare during the first half of the century. Recognizing their own limita- tions, the constraints posed by the paucity of state resources, and the failure to establish in-home birthing with visiting nurses, physicians directed their efforts to reconciling obstetrical theories with the widely accepted esteem and prestige of midwives (147). Okezi also traces the trajectory of puericulture education directed to middle and upper class women who would acquire the scientific background to supervise their domestic servants in their homes as well as to perform certain childcare duties themselves.

Otovo argues in the last chapter that Getulio Varga’s social policy, built in the urban and industrializing southeast and based on the expectation of working-class male productivity and female domesticity, was opposed to the maternalism of Bahian policies. “Protecting” mothers and children meant keep- ing them together and healthy, but not necessarily out of the workforce. Otovo also demonstrates that the patronage and financial support of wealthy families, critical to the welfare assistance policies aimed at supporting impoverished mothers, did not confront the hierarchies of gender, race, privilege, and servi- tude. The harsh realities experienced by black women like Marciana Conceição, Maria Silva, and Francisca Sousa emerge from the book. They struggled to survive on low wages from domestic service and reappropriated health services to themselves or to their children where needed. The white and elite ideals of “proper motherhood” were not designed by or for them, though their family survival was at stake.

Dr. Okezi T. Otovo is Associate Professor of History, a 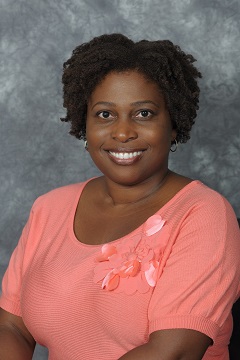 Core Faculty member of the African and African Diaspora Studies Program, and an Affiliate Faculty member of the Kimberly Green Latin American and Caribbean Center at Florida International University. She teaches introductory, advanced, and graduate courses on Latin America, modern Brazil, and thematic topics such as gender, race, public health, and the social history of medicine. She received an M.A. in Latin American Studies and a Ph.D. in History from Georgetown University. Her research interests focus on modern Brazilian social history, specifically peoples of African descent and the politics of gender and citizenship in the 20th century. Her book Progressive Mothers, Better Babies: Race, Public Health, and the State in Brazil, 1850-1945analyzes the rise of the maternalist movement in Brazil as a reaction to international discourses on health and progress as well as local concerns about the deconstruction of slavery. It connects the history of changing cultural and medical ideas about mothers and children to the actual experiences of poor black and brown families in newly-formed institutions devoted to public health and social welfare. Dr. Otovo has published research articles in the Luso-Brazilian Review, Law and History Review, and the Revista da Associação Brasileira de Pesquisadores(as) Negros(as)as well as a number of book chapters and book reviews.