Please listen here for Dr. Syrett's interview with his colleague, Stacey Vanderhurst. You can find the SHCY Podcast on Google Play and iTunes. Visit the SHCY Podcast website for more episodes.

In 2017, New Yorkers made a shocking discovery: children as young as fourteen could legally marry. “I don’t think people even knew this,” New York Governor Andrew M. Cuomo told the New York Times. Governor Cuomo’s paucity of historical knowledge could have been remedied if had he read Nicholas Syrett’s brilliant new book, American Child Bride. Syrett provides a sweeping history of youthful brides from the colonial era to the present and simultaneously offers a trenchant critique of the institution of marriage itself. Despite numerous waves of reform, child marriage has been relatively common and relatively accepted throughout US history, a fact that evinces Americans’ “great faith” in the “powers of marriage” (7). Indeed, as Syrett demonstrates throughout the book, marriage turns a young person into a legal adult, and frequently “this was an appealing prospect for many youth” (9). Arguing strongly for youthful agency, the book stresses that many, if not most, child brides and grooms “believed that they were making choices” (9).

Arranged roughly chronologically, the book opens with an investigation of child marriage in the period before it became a cause for concern. Early chapters hinge on the notion that “age-consciousness—the belief that one’s age is a fundamental part of one’s personal and social identity—did not exist as it does now” (20). Earlier restrictions focused on parental rights to property or service. Youthful matrimony in early American history also contained considerable diversity, and Syrett devotes valuable sections to such topics as Mormon plural marriage and Native American marital traditions.

The mid-nineteenth century saw both critical legal developments that shored up youthful marriage and the emergence of the first full-blown critiques. Syrett restores Parton v. Hervey, an 1854 Massachusetts decision, to its rightful place as a leading case in US legal history. The case upheld youthful marriage to ensure “the maintenance of public 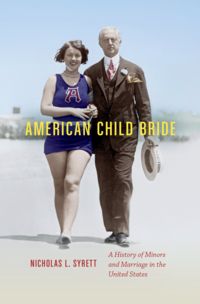 morality” (78). Even as youthful matrimony gained judicial sanction, critics began to examine the practice. Medical authorities offered a physiological argument, while early women’s rights advocates such as Elizabeth Oakes Smith focused on the harm to women’s legal capacities. As the century drew on, these critiques morphed into a full-blown assault, and waves of legal restriction began. These departures depended on “the growing belief that children were fundamentally different from adults and that marriage was an adult institution that needed protecting from those who might not take it seriously, children among them” (122). While early reformers had focused on preventing divorce or sheltering women, campaigns after World War I rested squarely on “the language of child protection: youthful marriage was bad for children” (168).

Although legal reform occurred in the usual scattered pattern, the right for young people to marry became increasingly restricted in the twentieth century. The final chapters follow the story to the present and center on examples of resistance, whether that be the continuity of child matrimony in rural areas such as the South, the crisis over middle-class youth of the baby boom generation, or the teen pregnancy panic of the 1970s and beyond. Throughout, Syrett stresses that young people, and young women in particular, married for reasons they saw as beneficial.

The level of nuance in the book’s argumentation is astonishing, and it makes the book highly valuable beyond the history of childhood and youth. Legal historians will observe the best of law and society studies practiced here, and social historians will find the perfect blend of demographic trend and illustrative narrative. Along with other works of the last decade or so, the book definitively establishes age and age-consciousness as major questions and categories of analysis.

A book devoted to legal and social change could easily have lost sight of the real lives involved, but Syrett masterfully avoids this pitfall by opening and closing each chapter with a deeply narrated story of a child bride. The most intriguing is the tale of Peaches and Daddy, a complicated (possibly sordid) May–December marriage that scandalized Americans in the 1920s and likely contributed to centering legal restriction on child protection. Nine other narratives unfold in the book, and they make for entertaining and enlightening reading of a sort that should appeal to broad range of readers, including undergraduate students.

In the end, Syrett means to do more than tell tales of child brides. Saving the best for last, the book closes with a set of biting remarks about marriage itself. “We must realize,” Syrett notes, “that marriage alone does not make our relationships any better than they were before marriage, and certainly no more deserving of respect or admiration or full adult citizenship” (271). The book illustrates that maxim in poignant detail, and as such, it should be required reading inside and outside the discipline. In the end, Governor Cuomo might not be so shocked. 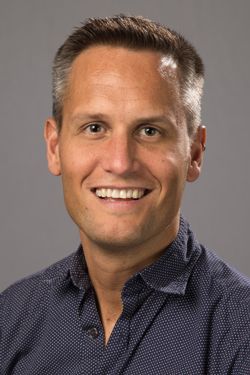 Nicholas L. Syrett is Professor and Chair of Women, Gender, and Sexuality Studies at the University of Kansas, where he also enjoys a courtesy appointment in the History Department. He is a coeditor (with Corinne T. Field) of Age in America: The Colonial Era to the Present (NYU Press, 2015) and the author of two books: The Company He Keeps: A History of White College Fraternities (UNC Press, 2009) and American Child Bride: A History of Minors and Marriage in the United States (UNC Press, 2016). He has also published articles on queer history in American Studies, Genders, GLQ, the Journal of the History of Sexuality, and the Pacific Historical Review. He is currently a book review editor for the Journal of the History of Childhood and Youth.