Innocent Experiments: Childhood and the Culture of Popular Science in the United States

Listen to Rebecca Onion talk about Innocent Experiments: Childhood and the Culture of Popular Science in the United States with her interviewer, Deanna Day. Or browse other episodes of the SHCY podcast, here.

Innocent Experiments: Childhood and the Popular Culture of Science in the United States.

Rebecca Onion’s excellent new book, Innocent Experiments: Childhood and the Popular Culture of Science in the United States, begins by parsing a 2012 photograph of eighth grader Joey Hudy and President Barack Obama firing an “Extreme Marshmallow Cannon” during a White House–hosted science fair. Boyish delight unites the pair: Obama is wide-eyed and open-mouthed at the marshmallow’s trajectory, while Hudy beams at his machine’s power. But the imposing setting—the State Dining Room—and the president’s presence makes clear that such extracurricular tinkering is more than child’s play. Rather, it is a matter of grave national concern. The photo is a neat entrée into Onion’s history of the ways amusement and anxiety defined children’s science play over the course of the twentieth century. How, she asks, did Americans come to identify scientific practice with childhood? And how did this belief intersect with an increasing concern that the nation wasn’t producing enough scientists?

To trace science play’s evolving ideologies and forms, Onion takes us to museums, home laboratories, science fairs, and shelves of science fiction. She begins in the early twentieth century, explaining how and why Progressive-Era educators at the Brooklyn Children’s Museum framed natural science and engineering as healthy, natural activities readily embraced by modern middle-class children, especially boys. The notion that middle-class white boys were inherently interested in science hardened into conventional wisdom in the interwar decades, she argues, thanks in part to A. G. Gilbert and other toy manufacturers who pushed home chemistry sets as routes to creativity, initiative, and independence, as well as a solid preparation for an industrial career. Though children’s play had always been bound up with ideas about rational citizenship, Onion suggests that it was in the 1920s and 1930s that Americans embraced science play as the foundation for individual and national economic advancement. As they did so, she observes, they largely left girls and children of color behind. In the 1950s and 1960s, adults worried that this foundation wasn’t sufficiently sturdy. Anxious that conformism would hollow out intellectual originality, afraid that Russian scientists and engineers would outpace their American counterparts, policymakers turned to science fairs and aptitude tests to recruit

youngsters to scientific fields. White boys remained science promoters’ target audience in these years, though girls were gradually asked to participate in science play as well. But, Onion argues, they were encouraged to do so in different ways—the mess, danger, and independence that characterized scientific fun for American boys remained off-limits. And in many instances, such as Robert Heinlein’s popular postwar science fiction, grown-up space exploration and other heroic scientific feats remained a club where no girls were allowed. Onion concludes her book in the 1970s and 1980s, with the establishment of San Francisco’s more welcoming Exploratorium, founded by physicist Frank Oppenheimer to promote a freewheeling individual scientific creativity.

As is often the case with histories that explore popular perceptions and imaginations, Innocent Experiments raises as many questions as it answers. Where Onion discusses how American adults understood science play, we’re left wondering what such play actually accomplished. Why didn’t more American children enter science? What happened to children’s “natural” interest in science as they grew up? Such questions lie beyond the book’s scope, but Onion provides a thoughtful, well-written cultural foundation for more research into the construction and practices of popular science. Onion is an astute cultural observer, and her sharp visual and textual analyses deepen and enliven her arguments about gender, race, childhood, and modernity. Historians of child- hood, STS, and American culture will find Onion’s book a pleasure to read and assign. It’s a welcome contribution to these fields and holds special resonance in an era ruled by a commitment to STEM learning. 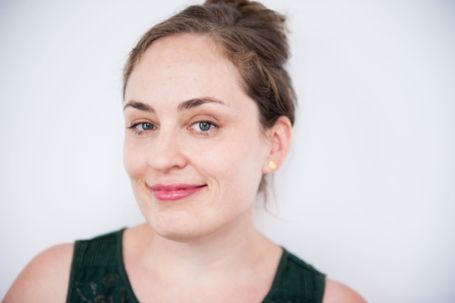 Rebecca Onion is a staff writer for Slate.com, and holds a Ph.D from the Department of American Studies at the University of Texas at Austin. Her book, Innocent Experiments: Childhood and the Culture of Popular Science in the United States, was published by the University of North Carolina Press in 2016. Her writing has appeared in Aeon Magazine, the Boston Globe, the Virginia Quarterly Review, and Topic magazine, among other popular-press publications. A former postdoctoral fellow at the Consortium for History of Science, Technology, and Medicine, she now lives in Athens, Ohio, and is a visiting scholar in the history department of Ohio University. Find her here.

Deanna Day is a writer and historian. Her work on science and culture, humans and cyborgs, and women and data has appeared in Lady Science, Model View Culture, Cabinet, Slate, and elsewhere around the internet. She lives in Los Angeles. Find her here.