Dafna Zur, Associate Professor of East Asian Languages and Culture at Stanford University, discusses her first monograph, Figuring Korean Futures: Children’s Literature in Modern Korea, with Ai Tran. This conversation originally appeared as episode 9 of season 7 of the SHCY Podcast. You can listen to the episode here. Visit the SHCY Podcast website for more episodes.

In Figuring Korean Futures, Dafna Zur traces how the figure of the child became central to writers’ imagination and children became active consumers of print culture in modern Korea. In the early twentieth century, when the fate of national sovereignty stood uncertain in the face of colonization by Japan, the child became a prime source of hope for the nation’s future. Zur situates the child-figure first and foremost as a social construct shaped by vested forces diversely engaged in projects of enlightenment and modernization—socially minded writers, nationalist thinkers, and even wartime mobilizers. With the recognition of children as important social actors and the perceived need to invest in their affective growth, children’s literature emerged as a genre in its own right.

The main site of Zur’s analysis is children’s periodicals published between 1908 and 1950. Zur maintains two central arguments in her discussion of their importance. First, as a new medium that addressed the child directly through stylized, age-appropriate texts and images, the magazines allowed the child to emerge as physically visible and affectively different from adults. In other words, children were no longer seen merely as subjects to be disciplined through edifying texts, as had been the case in premodern Korea, but they were regarded as full-fledged readers in need of affective pleasure (22). Second, the magazines facilitated and were shaped by a discourse around the child’s body and mind, and their privileged access to the natural world, or what Zur translates as “the child-heart” (tongsim). “The idea of a natural child,” Zur argues, “allowed writers the opportunity to meditate on the artifice of culture” (19). According to Zur, the child’s privileged access to purity and transcendental truth became profoundly important for writers across the ideological spectrum in the first half of the twentieth century. Ironically, this “made the child-heart . . . politically saturated to an extent that has previously been unrecognized” (49).

This two-part framework is supported through contextualized analyses of several children’s magazines, theoretical treatises on child development, and intellectual history of prominent thinkers of modernity and enlightenment. In chapters 1 and 2, Zur highlights the discursive shift from youth to children through a comparison of Sonyoˇn [Youth] and Ŏrini [Children]. As the first non-adult magazine in modern Korea, Sonyoˇn projected youth as “enlightened thinkers whose responsibility lay not to their family but to their nation” (39). It was only with the publication of Ŏrini that the child became visible in print culture, often through such “child-friendly” images as “a bare-bottomed child . . . conducting a flock of birds” to nurture the child-heart (73). The imperative of making literature “child-friendly” continues with a discussion of language reforms in chapter 3, where Zur compares two translations of Grimm’s Fairy Tales and observes in them differences in how each translator-writer understood the role of children’s literature. Chapter 4 narrates the dilemmas faced by writers of two leftist magazines, Sinsonyoˇn [New Youth] and Pyoˇllara [Star World] as they tried to accommodate the affective needs of their young readers while transforming them into “natural rebels” against capitalist modernity under colonial rule (102). Chapter 5 looks at late colonial children’s magazines, which, in spite of servicing imperial Japan’s wartime propaganda, still enabled room for cultural resistance through jokes, irony, and poems that sung of nature. In chapter 6, Zur introduces several features of colonial wartime publications, such as the “importance of self-sacrifice for the nation” and “discourses of disciplined and healthy bodies,” which persisted in post-liberation children’s magazines (175). In conclusion, Zur examines a turn to science in the children’s literature of both North and South Korea in the aftermath of the Korean War, wherein children were no longer celebrated for their resemblance to nature but for their mastery of it.

As a first monograph in the English language on children’s literature, Zur’s study is an invaluable contribution to scholarship on the print culture of modern Korea. The richness of her study is further enhanced through her keen analyses of visual materials. Also impressive is Zur’s contextualization of children’s literature through histories of education and welfare institutions in Korea. This book should thus be of interest to scholars of child development and psychology as well.

While Zur’s arguments on the centrality of the child-heart and visibility of the child are convincing, more clarification on the actual age range of the analyzed magazines’ readership would have been helpful. The class-conscious stories in leftist magazines of the 1930s, for example, appear to have been more appropriate for youth than children. Additionally, this insightful study might have been further enhanced with a more extensive discussion on gender. With the exception of the discussion on the militarization of the child-body in chapter 5, Zur’s analysis on the whole appears to conceptualize the child as gender-neutral, which may hinder our understanding of how literature participates, as Zur maintains, in childhood socialization. These omissions aside, Zur’s study provides an astute analysis of the development of children’s literature and its connection to the inexorable forces of colonialism, nationalism, and modernity. 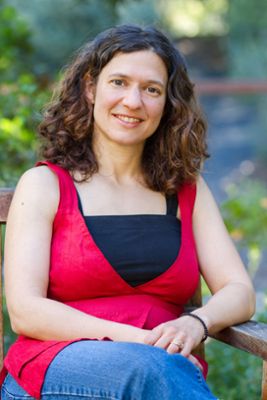 Dafna Zur is Associate Professor in the Department of East Asian Languages and Cultures at Stanford University. She teaches courses on Korean literature, cinema, and popular culture. Her first book, Figuring Korean Futures: Children’s Literature in Modern Korea (Stanford University Press, 2017), traces the affective investments and coded aspirations made possible by children’s literature in colonial and postcolonial Korea. She is working on a new book project on moral education in science and literary youth magazines in North Korea. She has published articles on North Korean science fiction, the Korean War in North and South Korean children’s literature, childhood in cinema, and Korean popular culture. Her translations of Korean fiction have appeared in wordwithoutborders.org, The Columbia Anthology of Modern Korean Short Stories, and the Asia Literary Review.