Revisiting Growing Up in a Land Called Honalee

Return to the October 2019 conversation between Lily Santoro and Joel P. Rhodes on Growing Up in a Land Called Honalee. Listen here. Santoro is an Associate Professor of History and Anthropology at Southeast Missouri State University. This can be found as season 6 episode 6 (or s.12 ep. 1) at SHCY's podcast website.

Growing Up in a Land Called Honalee: The Sixties in the Lives of American Children.
By Joel P. Rhodes.
Columbia: University of Missouri Press, 2017. viii + 326 pp. Cloth $40.

Because the 1960s loom so large in Americans’ 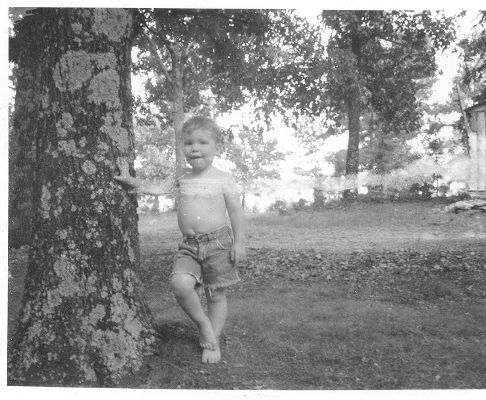 collective imagination, there is a danger that wistful nostalgia will inform its cultural history. Even as it draws the reader back to the classic children’s song Puff the Magic Dragon in its title, Joel Rhodes’s history of children’s lives in the 1960s tries to move beyond nostalgic recollection to grapple with how the decade’s social and political developments shaped the lives of the 57.5 million children born between 1956 and 1970. In ten chapters beginning with John F. Kennedy’s inauguration in 1961 and ending with the women’s liberation movement, Rhodes examines how the lives of preadolescent children in this cohort were altered by major social events.

Following a model set by William Tuttle’s 1993 book, “Daddy’s Gone to War”: The Second World War in the Lives of America’s Children, Rhodes solicited letters from adults who were in the cohort of children born in the long 1960s. The over 400 letters he acquired are used as evidence of children’s experiences, whether they be of Kennedy’s nationally televised funeral, of police turning hoses on civil rights protestors, or of mothers working outside the home in record numbers. Given that this is a very small sampling of the diversity of experience of millions of children, Rhodes warns of generalizing, yet at the same time these letters often seem to stand in for very large segments of the population. 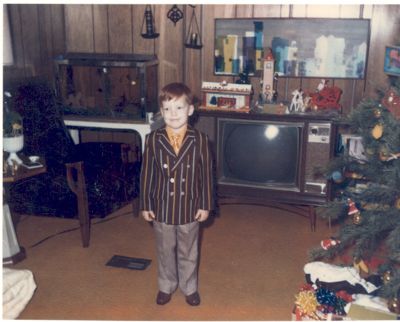 Rhodes wants to do more than document the interplay between children and the various events of the 1960s. He wishes to make a stronger claim using child development research to interpret how different major events in the 1960s influenced the cognitive development of the children living through that decade. This kind of life trajectory analysis purports to then explain what may be psychologically distinctive features of the children of the 1960s.

The eight chapters at the core of Rhodes’s book begin with Kennedy and move into the space program and missile crisis before grappling with Kennedy’s assassination. LBJ’s Great Society program and the civil rights movement follow. Rhodes ends with chapters on Vietnam, children in the counterculture, and the women’s movement. While each chapter addresses events that are well recognized nationally, Rhodes must navigate between events which he can claim to be part of the childhood experience of most children at the time and events that while nationally significant were experienced directly by a portion of children in the 1960s.

The case for common experience is probably best made in the chapter on Kennedy’s assassination, because Rhodes can make his case using, for instance, the A. C. Neilsen Company’s report that nine out of ten TV viewers watched some aspect of the assassination coverage. Rhodes then uses letters from children from Kennedy’s and Johnson’s Presidential Libraries and his interviews to characterize what kinds of responses children had to this national event. For psychological interpretation of children’s reactions, Rhodes draws on the 1965 book edited by Martha Wolfenstein and Gilbert Kliman, Children and the Death of the President. The result is a convincing case for shared exposure to a national event, although Rhodes is careful not to translate that into a singular psychological response or developmental impact. Instead, he allows that responses varied, although all were informed by some sense of loss combined with a tendency to idealize Kennedy and his presidency later in life.

The chapters on civil rights and hippies deal with children whose experience was not shared by the majority in the United States. In order to understand black childhood in the 1960s, especially among those children who actively

participated in the civil rights movement, Rhodes turns to Robert Coles’s 1967 five-volume study, Children of Crisis: A Study of Courage and Fear. Coles’s interviews with children, such as Ruby Bridges, who desegregated New Orleans’s public schools, used children’s drawings of themselves and their experiences to investigate their perceptions of racism in the early and mid-1960s. Coles found that black children’s drawings often depicted themselves as smaller and incomplete compared to white figures, but that these depictions changed as children grew and sometimes felt more empowered. Rhodes uses Coles’s analysis to sketch a developmental profile of the impact of 1960s racism and activism on black children’s development.

In a similar fashion, Rhodes uses a combination of interviews, first person accounts, and a contemporary psychological perspective to understand the experiences of children who grew up in the counterculture. This small subset of American children was set apart from the mainstream by their parents’ decision to intentionally live and raise their children in a new way. As Rhodes recounts, the communal living experience of so-called hippie children is not often remembered for its stability, structure, or abundance of food in communities striving for self-sufficiency. Counterculture children tended to learn that they needed to fend for themselves within the commune, and many grew up to reject the kind of child rearing that they had experienced. While hippies and communes may be idealized as iconic aspects of the 1960s and 1970s, the experience of children raised in those situations seems far from ideal, whether those ideals are of the counterculture or of middle-class America.

Growing Up in a Land Called Honalee offers an original take on the experience of children in the 1960s. Combining insights from historical analysis and the psychology of child development, Joel Rhodes makes a fascinating case for the distinctiveness both of an era and the generation that came of age in it. 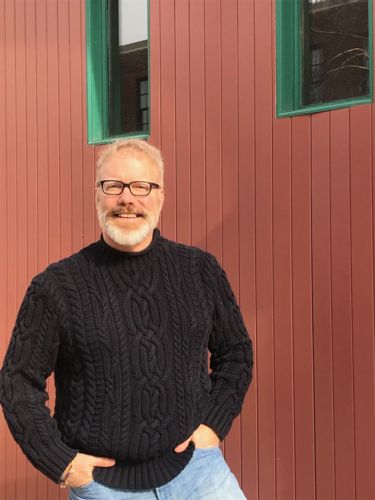 Joel P. Rhodes is a Professor in the Department of History and Anthropology at Southeast Missouri State University.  He earned his Ph.D. in History from the University of Missouri-Kansas City.  A social and political historian of modern America, his research and writing focuses primarily on post-World War II children and childhood.

Rhodes is particularly interested in how Vietnam era preadolescents understood the historical forces of social change as children, and with the use of developmental psychology, how children made meaning of these historical forces based on their particular developmental age.  In adopting an interdisciplinary, age-specific perspective to analyzing social change, ultimately, he is concerned with, not only the immediate imprint of the Vietnam era on their young lives, but the causal developmental results which may have resonated across their life course.  In short, how their unique perspective on history has influenced them as adults.

In addition to Growing Up in a Land Called Honalee, Rhodes has contributed to The SAGE Encyclopedia of Children and Childhood Studies and Girlhood in America: An Encyclopedia.

His current project, The Vietnam War in American Childhood, is in press and when published in fall 2019 will inaugurate the University of Georgia Press’s new “Childhood and Warfare” series.