You can listen to an audio version of the video embedded above on the SHCY Podcast, here. Sara is interviewed by Miriam Shadis, an Associate Professor in History at Ohio University. You can listen to other episodes of the SHCY podcast by visiting the podcast website, or you can subscribe on Google Play and iTunes.

In Royal Bastards, Sara McDougall advances the argument that, contrary to the assumptions so deeply embedded in current scholarship, canon law regarding marital unions and legitimate birth did not become uniform until the thirteenth century. McDougall argues that in the centuries preceding, the formal marriage of parents was not a determinant of one’s ability to succeed to the throne. Rather, maternal lineage was a more significant factor in determining the legitimacy of offspring until the mid-1200s, a significant corrective to the current narrative. In addition, when the shift in canon law regarding marital practice did occur, it was not forced upon a resistant secular nobility by the church. Rather, noble families were complicit in changing views about marriage and legitimacy and equally invested in producing criteria to ensure seamless dynastic transitions. McDougall also challenges assumptions that offspring deemed “illegitimate” were consequently devalued in early and central medieval society. As the number of case studies considered demonstrates, it was certainly not an impediment to inheritance between the ninth and thirteenth centuries. It was only after 1200 that illegitimate birth was increasingly associated with negative economic, political, and social consequences. Individuals who were excluded from succession were rarely the target of church efforts, but rather best understood as collateral damage.

Chapter 1 addresses the absence of standard terminology applied to illicit unions and corresponding births, analyzing language used in discourse about marital unions and legitimacy in order to demonstrate the fluidity of views as well as the divergence between theory and practice. McDougall argues that legitimate kinship as defined by legitimate birth, and legitimate birth as defined by legitimate marriage, evolved slowly, erratically, and later than previously believed. Until 1200, social status, particularly that of the mother, remained the most important element in determining legitimacy.

Chapters 2 through 5 proceed chronologically, examining specific case studies in which legitimacy was evoked in royal succession. The first engages the Carolingians. Succession was especially complicated due to the persistence of concubinage and serial marriage. McDougall demonstrates how the importance of maternal lineage increased with the emergence of queens as public figures. Carolingians were increasingly inclined to consider familial status when forming marital unions, elevating the position of wives accordingly.

A meticulous scrutiny of sources on succession for the Ottonians, Capetians, and Anglo-Saxons comprises chapters 3 and 4. McDougall argues that even as these monarchies evolved, children were still not excluded from succession because of illegitimate birth. Rather, a much more complex matrix of considerations was at play. Appreciating the complexity of each example requires full immersion in the family histories of each case, correcting the tendency to examine sources in isolation from their context.

Chapter 5 focuses on Ivo of Chartres, identified by scholars as one of the most vocal proponents of canon law regarding marriage. McDougall discredits the notion that ecclesiastical officials like Ivo were motivated primarily by a desire to aggrandize power at the expense of noble families, controlling marriage and influencing royal succession accordingly. Contrary to how past scholars have depicted them, church officials and noble families were not always at odds over these issues. These conclusions are borne out by the case studies that comprise the focus of Chapter 6, which demonstrate that ambiguity regarding the criteria necessary for offspring to be considered legitimate persisted well into the twelfth century, as did the fluidity of church policy toward illicit unions.

Chapters 7 through 10 widen the geographical purview of the discussion. These chapters introduce several lesser-known instances of contested succession in the courts of Philip II and Frederick II, and address disputes regarding succession in the Kingdom of Jerusalem. McDougall considers Fernando III of Leon, demonstrating that even in the thirteenth century, children identified as illegitimate continued to inherit under the right circumstances, most notably a mother with an elevated lineage. Muslim inheritance practices, which remained much more fluid even into the thirteenth century, are briefly explored as well.

McDougall employs an impressive array of sources, including individual case studies, theological writings, chronicles, genealogies, letters, charters, and literary works, providing a rare glimpse into the lives of an array of noble families. The significance of maternal lineage in determining status calls into question past tendencies to discount the importance of royal wives and mothers during this period. McDougall situates the sources, particularly those issued by the church, within the wider context of the individual disputes that prompted their production. This approach allows McDougall to identify the full range of factors that informed attitudes about royal succession between 900 and 1250, providing an important caution against the temptation to “read back” terms and practices on the past. It also suggests the need to amend previous assumptions about the role of ecclesiastical officials in determining the legitimacy of offspring and the motives of canon lawyers who engaged in infamous disputes regarding marriage and succession, and to appreciate the role played by noble families themselves in crafting rules about marital unions that served their own interests. 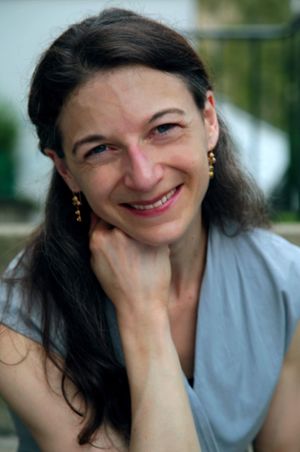 Sara McDougall is an Associate Professor in the Department of Global History at John Jay College of Criminal Justice of the City University of New York, and is also a member of the doctoral faculty of the CUNY Graduate Center. She was the Norman Freehling Visiting Professor at the University of Michigan Institute for the Humanities in the winter of 2020. Other recent fellowships include the Institute for Advanced Study in Princeton, and NYU Law School's Golieb Legal History fellowship. She completed her doctorate in medieval history at Yale University in May 2009.

Her research focuses on the role of Christian legal and theological ideas in the cultural world of women and families in Medieval Western Europe. She has published two books, Bigamy and Christian Identity in Late-Medieval Champagne (University of Pennsylvania Press, 2012), and Royal Bastards: The Birth of Illegitimacy, c.800-1230 (Oxford, 2017). She has also published opinion pieces related to her research in the New York Times, the Washington Post, and Perspectives. Recent articles examine infanticide prosecutions, consequences of extramarital pregnancy, illegitimacy and the priesthood, adultery prosecution, and spousal homicide in medieval France, as well as other writings on the family, marriage, gender, and crime. She is currently co-editing a forum for Law and History Review on the history of infanticide in pre-modern Europe and the Americas, and has co-directed a number of editorial projects including a special issue of Gender & History: Marriage's Global Past, and a six-volume Global History of Crime and Punishment forthcoming with Bloomsbury Press. She has also organized a number of conferences and workshops, including one on the family in the premodern world held at Princeton University, and one on law and family in the twelfth century at Manchester University. In spring of 2020 in response to the challenges of teaching online in a pandemic, she co-created the website, "Middle Ages for Educators," which provides several different kinds of resources for teaching and learning about the Middle Ages, including videos and primary sources for classroom use as well as videos that explain how to use programs that allow students to make virtual art exhibits and other tools.