Karl D. Qualls and Julie deGraffenried discuss Qualls' book, Stalin's Niños: Educating Spanish Civil War Refugee Children in the Soviet Union, 1937-1951. You can also watch here, or listen to the conversation as a podcast here. Other episodes of the SHCY podcast are available at our podcast website, or you can subscribe on Google Podcasts, Apple Podcasts, Spotify, and wherever you get your podcasts.

In 1937 nearly three thousand Spanish child refugees found shelter in the Soviet Union. They had fled from the civil war in Spain between the Republican government and Francisco Franco’s Nationalist forces. The children and their Spanish caretakers arrived in a country in the throes of the Great Terror and on the verge of war. Most significant for Stalin’s Niños, the children would enter a school system intent on transforming them into Soviet-Spanish people.

This study places the Spanish children into the context of Stalinist disciplinary training and nationality policies. The Soviet state sent the children to their own boarding schools, providing instruction in Spanish language and culture. Rather than see these institutions as isolated Spanish enclaves, the author asserts that their goals were like other non-Russian national schools in the USSR. As in other non- Russian curricula, the Spanish children were supposed to retain aspects of their national culture while learning to be Soviet people.

Stalin’s Niños traces the development of this Spanish-Soviet curriculum over time. The story unfolds in two phases, the prewar years (1937–39) and the period of war and postwar reconstruction (1940–51). In the earlier period, Spanish teachers and Spanish-focused instruction were more common in the schools. After 1940 Soviet education administrators altered the program to include a greater focus on Russian- language instruction and Soviet acculturation. Readers familiar with research on Soviet youth culture and educational practices will recognize the Spanish schools’ focus on discipline, the classic canon of Russian and foreign literature, and the use of so-called cultured recreation.

The dividing point in 1940 was also the moment of Franco’s victory in Spain. It would be logical to connect this factor to the schools’ turn toward a Soviet orientation; the children would not return to Franco’s Spain so they would have to learn to live in the USSR. Although the study references this coincidence of events, it plays a small role in the book. Instead, the author argues that the Soviet war against Finland in 1939–40 and the German invasion in 1941 were the main accelerants of Sovietization.

The schools are perhaps most noteworthy because of the relative abundance of resources they enjoyed compared to other Soviet educational institutions. The boarding schools were models that saw visitors like aviation hero Valerii Chkalov and guest instructors from the Bolshoi Theater. The children faced difficulties during World War II, when the boarding schools endured the chaotic process of evacuation. Even at this challenging time they continued to enjoy privilege compared to other Soviet children. One of the more revealing aspects of the book is the comparison of Soviet upbringing with the schooling that typical Spanish children would have received in Spain. Female students, for example, could not have expected to complete their grade school educations in a country dominated by conservative Catholicism.

The final chapters consider the results of the Spaniards’ Soviet educations. Although their program became more Soviet-oriented over time, the niños were neither Spanish nor Soviet. Or perhaps they were both. As they became adults, they found themselves between those cultures. Those who returned to Spain after Stalin’s death often felt like outsiders in their country of birth, and some returned to the USSR.

This book takes its story and, like the school vospitateli (educators) with the niños, attempts to domesticate it as part of Soviet history. This approach has its virtues and flaws. By insisting on its connection to Soviet nationality politics, the book may downplay the unique aspects of the Spaniards’ story—their status as refugees in the USSR and the relative privilege they enjoyed. Exceptional aspects of Stalinism also lurk under the surface, especially the Great Terror that readers learn in passing sent as many as 190 adult Spaniards to the Gulag (159).

As a book that works in two national historiographies, it will interest historians of the USSR, the Spanish Civil War, interwar Europe, and the history of education. For those in non-Soviet fields in particular, Stalin’s Niños will provide an excellent entry into the world of Stalinist educational practices and nationality politics. 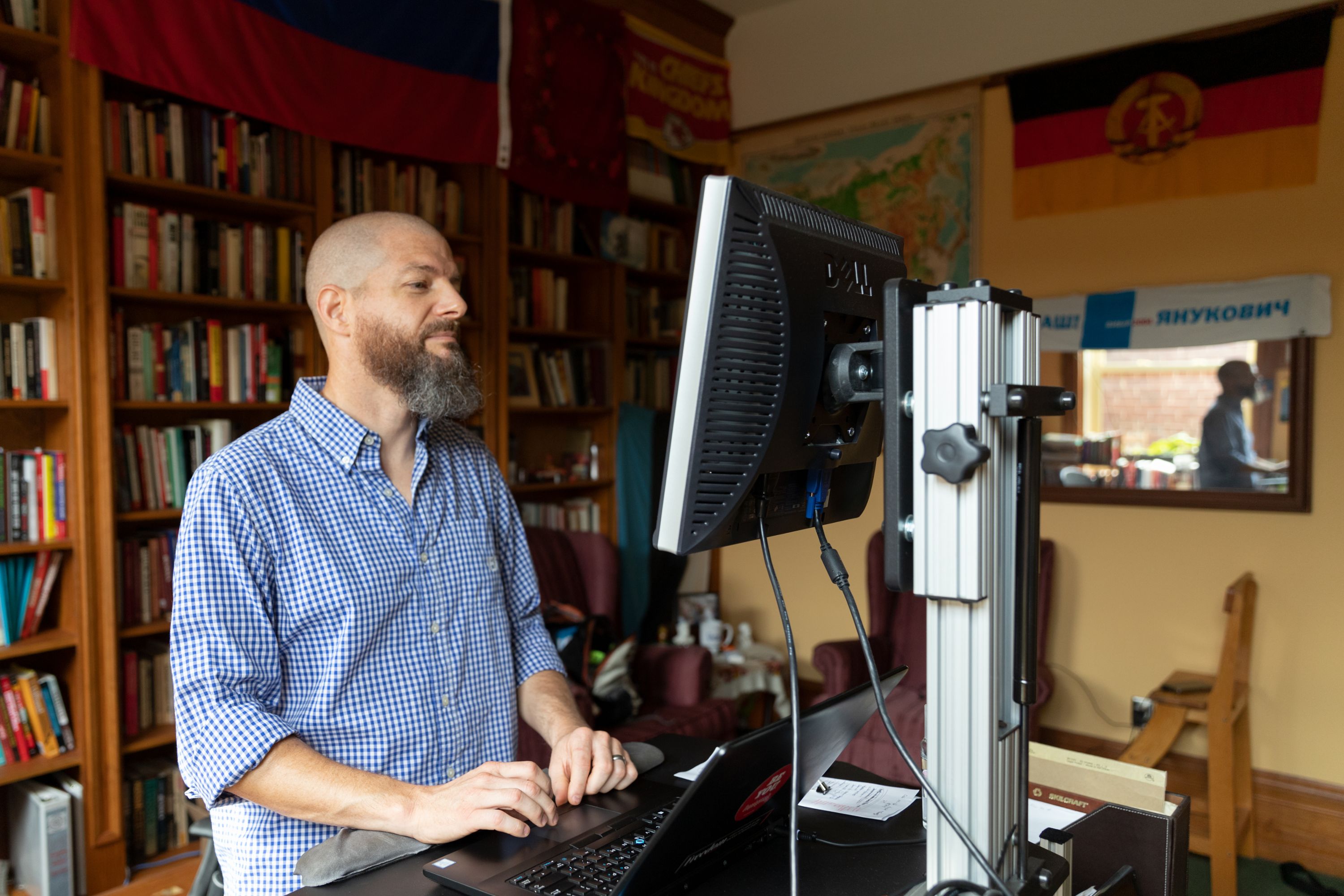 Karl D. Qualls is Professor of History and W. Gibbs McKinney Chair of International Education (2000) at Dickinson College in Carlisle, Pennsylvania. His Stalin’s Niños: Educating Spanish Civil War Refugee Children in the Soviet Union, 1937-51 (Toronto, 2020) examines special “third-space” boarding schools designed for the refugee children and the methods used to develop the children into hybrid Hispano-Soviets. His From Ruins to Reconstruction: Urban Identity in Soviet Sevastopol after World War II (Cornell, 2009) challenged notions of totalitarianism, investigated the creation of historical myths, and outlined the role of monuments and urban spaces in identity formation in a city torn between Ukraine and Russia.