Students of the Dream

Students of the Dream

Listen to Dr. Ruthie Yow discuss her monograph, Students of the Dream: Resegregation in a Southern City with poet Dr. Lauren Neefe. This conversation was first aired in December 2019 as FB 28 of the SHCY podcast, which can be found on Spotify and iTunes, or directly through our podcast website. Dr. Neefe is a project writer in urban design for the firm Perkins&Will.

This review appeared in the Journal for the History of Childhood and Youth 12, no. 1 (Winter 2019): 148-150. It was reviewed alongside Color and Character: West Charlotte High and the American Struggle by Pamela Grundy.

A little more than a century ago, educational theorist John Dewey set out what he believed should be the relationship between people (“the Public”) and the schools that we support primarily through our property taxes:

We are apt to look at the school from an individualistic standpoint, as something between teacher and pupil, or between teacher and parent. That which interests us most is naturally the progress made by the child of our acquaintance. . . . The range of [this] outlook needs to be enlarged. What the best and wisest parent wants for his own child, that must the community want for all its children. Any other ideal for our schools is narrow and unlovely; acted upon it destroys our democracy. All that society has accomplished for itself is put, through the agency of the school, at the disposal of its future members.*

Dewey elucidates here the contradictory demands made by and upon the modern political community. Love of the child (though a powerful and nearly universal human emotion), was most deeply felt and directly expressed when its full and singular focus was on the one or several that are not only “of our acquaintance,” but our own “blood” and “kin.”

It is no exaggeration to say that over the last century, educational observers from freelance journalist Jonathan Kozol and novelist Bel Kaufman to academic scholars Jane Roland Martin and Nell Noddings have worked over time to activate the love of self embedded in the love of our immediate biological descendant to serve an equally universal social need of protection and nurture for all our children.

And yet, if we are to look back honestly on our past and measure its continuing footprints upon our present, the carefully researched and powerfully argued monographs by Pamela Grundy and Ruth Carbonette Yow confront us with the prospect, that, in too many ways, after a century of often quite purposeful collective activity, we are not only still in the place described by John Dewey in his classic text, School and Society, we are in many ways turning away from the Dewey vision and ratifying the Darwinian social gospel of a Dewey contemporary, sociologist William Graham Sumner.

With immaculate care, specificity, and attention to historical detail, Pamela Grundy takes us inside West Charlotte High School (in Charlotte, North Carolina), from its opening day in 1938 to the present. In the course of that journey we meet not only Clinton Blake, who serves as the school’s principal for more than thirty years, but his father, Cesar, a railroad mailroom worker who had migrated to Charlotte from rural South Carolina in search of wider frontier of opportunities. We learn as well about West Charlotte’s outstanding theater program, and the work of the North Carolina High School Drama association as well as the roles played by African-American churches in making certain that students received what we would later think of as “educational enrichment” (15–27).

As this narrative unfolds, we learn many new things: about how black teachers who were being pushed out of their jobs nonetheless worked as strongly supportive mentors to their much younger white counterparts; we also see how desegregation, as it moved certain student bodies around, maintained a very traditional sort of power relations among teachers and administrators, a situation in which, as many other scholars have demonstrated, white administrators and teachers replaced black educators of far greater experience. Consider the case of Sam Haygood, West Charlotte’s new principal (appointed because he would be “more acceptable to white students”), who described the education in teaching and leadership he received from Mertye Rice as she disabused him of the idea that the way to make a fresh start was to remove symbols of the school’s African-American past (84–88). Gundy never loses sight of larger historical continuities: the way in which one regime, framed within the rubric and the rhetoric of “freedom of choice,” was calculated to entice white students to join desegregation efforts on terms that were least disruptive to their lives; how this regime was replaced by yet another “freedom of choice” program, one sanctioning racial resegregation in new white suburbs with high-stakes test scores as the new measure of “color blind” excellence (121–41).

What most separates Yow’s historical study from its predecessors is not only her skill as an oral historian, or as a social historian whose analytic lens is trained on the school/community relationship, but her commitment to applying ethnographic methods as a means of fusing—and thus deeply understanding—past and present practice. She takes a set of anthropological tools and approaches first applied to understanding life within selected American public schools between the 1950s and the 1970s by Jules Henry, John U. Ogbu, Dorothy C. Clement, and others, and integrates them with more traditional historical source materials to give us an analysis that both travels historically deep while bringing the challenge up to the minute. This combination of methods enables Yow to accomplish many important objectives. Her research and participant observations give us a deeper sense of the importance of how forces too easily dismissed such as school spirit and athletic tradition can be allied with more obviously political forces. Yow’s ability to track many students over several years also complicates our sense of how memories of desegregation in childhood intertwine with the interpretation of adult experiences. Many student pioneers in school desegregation retain these memories as part and parcel of a time that was more innocent and bold, when caring adults intervened to break with a dishonorable past. At the same time, they are often unwilling to extend themselves further, believing that ultimately, it is individual action and effort that counts most (49–62).

Yow’s study excels as an examination of schooling in a region whose demography, sense of history, and a sense of “race relations” are being both reworked and reinforced by a growing Latino population, especially an “undocumented underclass” whose members live in constant fear of a frighteningly effective federal “deportation machine.” For those who doubt the Kafkaesque cruelty of this bureaucracy in the Obama years, I recommend that you read the Story of Daniella Sanchez and her family (115–18).

The scholarship of Pamela Grundy and Ruth Carbonette Yow suggests, to me at least, that over the last fifty years, our expectations of schools have in fact shrunk without our knowing it. As our ability to document certain aspects of the teacher/student relationship has intensified, and as we have sought to support public education by linking it with a kind of one-dimensional determinism to global economic competition, we have taken a wrong turn. This equation is, as Dewey might say, quaintly mixing outrage with diplomacy, “narrow and unlovely; acted upon, it destroys our democracy.”* 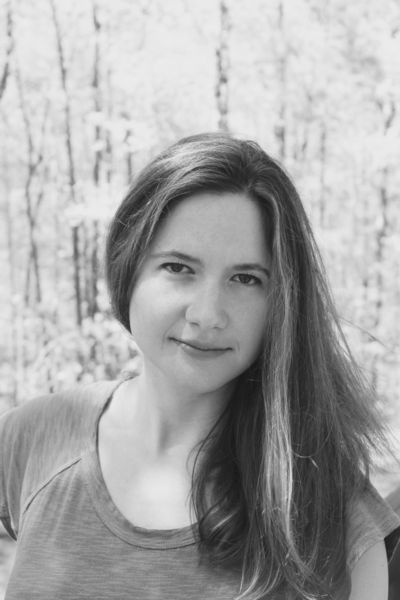 Ruthie Yow is an historian and ethnographer of justice struggles and public education. She has a PhD in American Studies and African American Studies from Yale University. She focuses her research on de- and re-segregation in Southern school districts, and that work resulted in the 2017 publication of Students of the Dream: Resegregation in a Southern Cityby Harvard University Press. Students of the Dream documents the erosion of educational opportunity in metro Atlanta schools and how to address that deepening crisis. It focuses on the experiences of youth of color who—historically and today—are often the engines of progressive change in their communities. This background in educational equity research equipped her to nurture the programs and mission of Georgia Tech’s Center for Serve-Learn-Sustain, where she now works.  The Center focuses on preparing students to cultivate just, sustainable communities in Atlanta and beyond.  Her volunteer work around equity includes service as the Secretary of the Board of Marietta YELLS (Youth Empowerment through Learning, Leading, and Serving) and as the Co-Director of Tutor Recruitment for Common Good Atlanta.

This post is part of the SHCY Features, in which scholars provide written, audio, and video commentaries and conversations about their works, challenges, and questions for the field of childhood and youth history.