This week, Eleanor O'Leary is interviewed by Marcus Free about her monograph, Youth and Popular Culture in 1950s Ireland. You can listen, here.

Dr. Marcus Free is Lecturer in Media Studies and Communication Studies at Mary Immaculate College in Limerick, Ireland. You can listen to other episodes of the SHCY podcast by visiting the podcast website, or you can subscribe on Google Play and iTunes.

In Western cultures, the 1950s era carries a certain nostalgic sheen: an era of hula-hoops, rock ‘n’ roll, and fast cars immortalized in television sitcoms and film. In Ireland, the decade has a more complex legacy. Ireland’s neutrality during World War II meant that the postwar period lacked the dynamic reconstruction of continental Europe; instead, economic stagnation, high levels of emigration, and political conservatism marked the decade. Within Irish historiography, the fifties have been characterized as a decade of religious traditionalism and material deprivation. Eleanor O’Leary’s Youth and Popular Culture in 1950s Ireland does much to challenge that idea, enriching our understanding of the social dynamics of the decade and the development of a transnational youth culture.

The monograph begins with a discussion of the structural issues of education, emigration, and labor shaping the Irish teenager’s life. O’Leary argues that youth culture was instrumental in changing attitudes to work and renumeration. The young wanted work that would provide cash wages and enable them to access modern goods and services. Newspapers, magazines, films, and radio programs raised Irish consciousness of the standard of living in other parts of the world, particularly Britain and America. Expectations were heightened and subsequently disappointed by continued financial hardship. O’Leary argues this was a key cultural contributor to emigration. An awareness of material goods and services and a desire for modern lifestyles fueled a drive for higher wages found outside of Ireland.

O’Leary differentiates deftly between rural and urban youth experiences. Within the nationalist imagination, rural Ireland was the repository of an “authentic” Irish culture and rural youth were valued as the future of the nation. In contrast, urban youth were more likely to be characterized as juvenile delinquents, Teddy boys, or morally compromised by foreign influences. O’Leary brings to the fore the way that gender shaped the freedoms and expectations of youth; however, there is a slightly weaker focus on class and how gradations of wealth impacted life choices and options in day-to-day life.

The second half of the book looks at the interplay between a transnational youth culture and Irish teenagers. O’Leary considers how Irish adolescents played basketball, watched foreign films, and listened to new records with far more freedom then previously appreciated. Chapters 5, 6 and 7 are particularly groundbreaking in their examination of films, youth clubs, and comics. O’Leary argues that the effect of state censorship and the conservative Catholic hierarchy on people’s everyday leisure activities has perhaps been overstated. The specter of juvenile delinquency and episodic moral panic were indeed an aspect of the cultural discourse, but much less so than in other Western countries, and it had relatively little effect on the activities of most Irish teens. The chapters on the adoption of international music are particularly strong. O’Leary delicately balances the influx of British and American culture with the nationalist politics of traditional Ireland. She examines in detail the spatial politics of the dance hall, cinema, youth club, and youth hostel as places for teenagers to develop and express a collective identity. The absence of Northern Ireland in these chapters is notable, though. Many of the popular culture sources O’Leary discusses were surely consumed across the whole island and held as much appeal in Belfast as Dublin. Perhaps the inclusion of the Northern Irish teenager will be the subject of a welcomed sequel.

The history of childhood in Ireland has developed remarkably in the last two decades, much of the scholarship spurred on by child abuse scandals and concerns about child welfare. O’Leary’s work provides a much-needed contextualization of the dysfunctional aspects of Irish childhood experience, indicating an aspect of youth experience that has yet to be incorporated into our narrative of a modernizing Ireland. 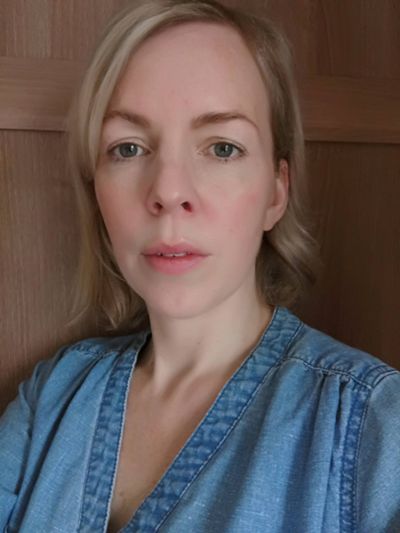 Dr Eleanor O'Leary is a Lecturer in Media and Communications and Programme Director of the BA (Hons) in Media and Public Relations at the Institute of Technology Carlow.  She is the author of Youth and Popular Culture in 1950s Ireland (Bloomsbury, 2018). Other recent publications include ‘Broadcasting emigration in an era of global mobility’, European Journal of Cultural Studies (August, 2018) co-written with Prof Diane Negra (UCD) and Dr Anthony McIntyre (UCD) and 'Emigration, return migration and surprise homecomings', Irish Studies Review (May, 2016) co-written with Prof Diane Negra (UCD).  Recent funding awards include the Royal Irish Academy Charlemont Grant (2020) and the Broadcasting Authority of Ireland Media Research Funding Scheme (2017).