Erica Moretti discusses her award-winning book, The Best Weapon for Peace: Maria Montessori, Education, and Children's Rights (University of Wisconsin Press, 2021), with Anna Kathryn Kendrick. Listen here. You can find other episodes of the SHCY podcast by visiting the podcast website, or subscribe wherever you get your podcasts.

Erica Moretti is an assistant professor of Italian at the Fashion Institute of Technology–SUNY. Anna Kathryn Kendrick is Director of Global Awards and Scholarships and Clinical Associate Professor of Literature at NYU Shanghai.

Fortunately for scholars who don’t read Italian or Swedish, Erica Moretti’s intellectual biography of Maria Montessori, The Best Weapon for Peace: Maria Montessori, Education, and Children’s Rights, helps bridge the gap. Moretti, a professor of Italian at New York’s Fashion Institute of Technology, writes in conversation with fellow European researchers and builds on their work to present this English-language examination of Montessori’s pacifism that places her as a central figure in 20th-century global humanitarianism, disaster relief, peace activism, and social reform. In Moretti’s retelling, we see Montessori deploying peace in action, engaging with Italian global leaders including Pope Benedict XV, Mahatma Gandhi, Rukmini Devi Arundale (Indian Theosophist and founder of Indian classical dance), and Benito Mussolini, and existing in contradictory states of pacifist visionary and pragmatic and adaptive compromiser. Along the way, Moretti develops a portrait of Montessori continuously working to support children and families in the most vulnerable conditions—Italian peasants, earthquake orphans in southern Italy, and traumatized children after World War I—as she lobbied the Pope to establish the White Cross and envisioned a ministry for children’s rights in each country.

Moretti’s book consists of six chapters that develop how Montessori understood pacifism and worked to implement it as a series of “concentric circles of influence” (p. 13): the first circle is the development of a child’s

state of internal peace, involving both the body’s ability to move gracefully and the mental state of acting with empathy for those around them. The second circle is the impact of the child in the family, and the third and final circle is a state of social peace. Building on the work of Italian historians Luisa Lama and Paola Trabalzini, Chapter 1 places Montessori’s intellectual development of the 1890s in the Italian context of public health (then called social medicine and moral hygiene), feminism, and nation-building. These efforts help counter the representation of Montessori

as a singular genius; rather, she developed her ideas in wide-ranging conversation with many of her peers in Italy and elsewhere. Although her work with disabled children before creating the first Casa dei Bambini is well documented in other Montessori biographies, Moretti adds new context by sharing details of Montessori’s work with rural Italians living outside Rome. While her work addressing urban poverty is well established, this information provides an important rural setting in which Montessori applied and developed her theories.

In Chapter 1, Moretti also shows how the aesthetics of the Montessori classroom—a tranquil environment that stimulates a feeling of peace—was part of broader urban-redevelopment efforts. Italian urban planners who were Montessori’s contemporaries believed, as she did, that the poorest of society could be transformed through redesigning spaces for living and learning.

Chapter 2 brings us Montessori in the middle of the First World War as she considered how her educational method could provide peaceful rehabilitation to support children experiencing the traumas of war. At a time when society was just beginning to develop language to talk about soldiers who were traumatized on the battlefield, Montessori understood that children who had experienced the horrors of war would need what we would now call trauma-informed education to support them. Several Montessori schools in Paris and the northern Italian region of Lombardy put the principles into practice, using materials created in workshops staffed by wounded veterans. The solution Montessori proposed, the White Cross, never got off the ground, despite her frequent appeals to the Pope for support. Even so, this idea represented Montessori’s international framework for supporting children in conflict situations, a vision being implemented today by Montessori educators. Moretti also explains why Italian policy makers chose an alternative early childhood model developed by sisters Rosa and Carolina Agazzi, instead of the Montessori Method, as they sought to create a compliant and military-ready next generation.

In Chapter 3, Moretti explains the development of Montessori’s theoretical foundation of pacifism and how it radically differed from the theories of her pacifist contemporaries. Fellow pacifist activists of the time were focused on public demonstrations, conferences, or teaching an explicit curriculum of peace to children. Montessori had a different vision. In a series of London lectures in 1917, she elaborated on the way in which peace was a state that needed to be cultivated from within, espousing that political peace could be created only by developing a new generation of children as agents of peace.

In Chapter 4 Moretti grapples with how Montessori, despite her focus on peace-making, could enter into a period of collaboration with the Italian Fascist dictator Benito Mussolini from 1922 until 1934, accepting urgently needed financial support for her model from the fascist regime to support herself and her family. Moretti explains the compromises made during this time. For example, Montessori downplayed her interest in pacificism, sending representatives to global pacifist conversations about the rights of children throughout the 1920s but not directly participating. As she moved away from global activism, she returned to Italian nation building efforts through education and medicine, work that had characterized her early career as she sought to expand and institutionalize her curriculum around Italy.

In contrast to other scholars who argue that Montessori was apolitical or unaware of the extent of fascist violence, Moretti argues that Montessori was a “keen political observer” (p. 126) who saw an opportunity to capitalize on Mussolini’s desire for greater international legitimacy for the Italian Fascist regime by tying himself to her method. With Mussolini’s financial support, in 1924 Montessori changed the name of the Italian Montessori organization—Società Amici del Metodo (Society of Friends of the Method)—to its current name, Opera Nazionale Montessori. By 1926, Montessori served as the honorary president, with Mussolini appointed as the organization’s actual president. The regime helped open schools and a training center in Rome and supported several Montessori journals. Fascist education took a deliberate turn away from Montessori, starting with the leadership of Achille Starace, who sought to increasingly fascistize the Italian school system. In the 1930s, Montessori rediscovered her voice in favor of pacifism (developed further in Chapter 5), while fascists began to speak of “Montessorianism without Montessori,” (p. 140). As a result, the link between the regime and Montessori no longer became tenable. Montessori left Italy, ultimately settling in the Netherlands, where her organization, Association Montessori Internationale, eventually established headquarters.

Finally, Chapter 6 examines how Montessori’s conception of what Moretti calls the outermost circle

of pacifism, the idea of cosmic education, developed through her almost decade-long sojourn in India from 1939 to 1946 and 1947 to 1949. Here, Moretti provides a thoughtful addition to the limited published scholarship about Montessori education in India (Debs, in press; Leucci 2018; Tschurenev, 2020). In particular, she discusses how Theosophist Rukmini Devi Arundale, a classical dancer who popularized the bharatanatyam dance tradition and supported the revitalization of Indian art traditions, was a significant influence on Montessori’s evolving conceptions of art and cosmic education.

Moretti’s thematic study moves chronologically, but readers must possess a solid grounding in Montessori’s biography to follow the many moving parts. I continuously marveled at Moretti’s ability to connect such a large number of social, political, and educational ideas to Montessori’s conception of peace-making in education, even if I sometimes I struggled to keep track of how all of the threads fit together. Researchers and Montessori educators will find this work illuminating for the way it provides social context into Montessori’s ideas and pedagogical methods. Importantly, it further expands the circles of Montessori’s intellectual endeavor by connecting it to scholarship of 20th-century European history, Italian studies, and peace studies. 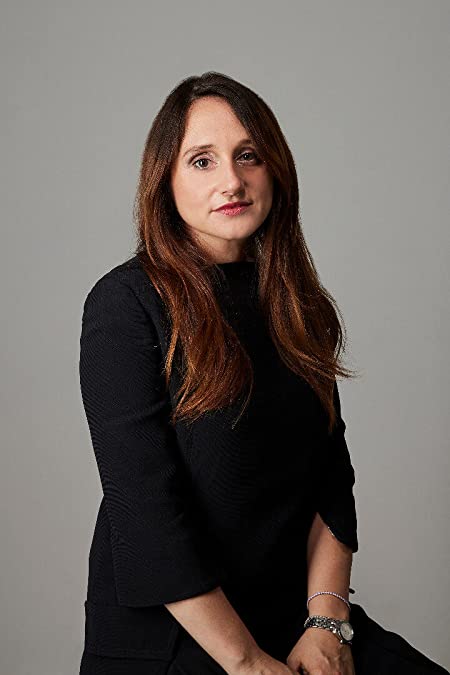 Erica Moretti is an assistant professor of Italian at the Fashion Institute of Technology–SUNY. She received a Ph.D. in Italian Studies from Brown University and a diploma in American Studies from Smith College. With Sharon Wood, she published a collection of essays on British-Italian writer Annie Chartres Vivanti. She has published essays on assimilation policies in the United States in the Progressive era (History of Education), the Italian feminist movement (Italian Culture), and Italian colonialism and biopolitics (in the volume Colonialismo e identità nazionale), among other topics. She is currently working on a book project that explores changes in pacifist thought in the first half of twentieth century in Europe through the work of the Italian educator Maria Montessori. Her research interests include modern Italian intellectual and social history, biopolitics, gender studies, modern and contemporary Italian literature, and Italian colonialism.