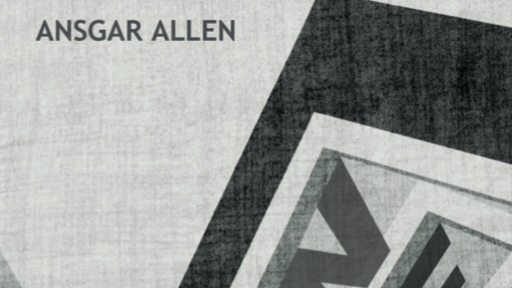 Listen to Ansgar Allen's interview with Patrick Ryan, here. Or listen to other episodes of the SHCY podcast, here. You can also subscribe to the SHCY podcast on iTunes or Google Play.

Ansgar Allen began this project with a desire to attack the most mechanistic, instrumental aspects of schooling.  Along the way he concluded that this orientation, which might be called 'ideology critique,' made it more difficult to maintain a critical stance upon practices that are - purportedly - child-centered.1 He also came to doubt whether the various elements of schooling could be self-consciously sorted-out for improvement.  In our conversation, he explained that "examination basically constitutes us."  We have to inhabit it, even as we may do so unwillingly.  "We are made up of its procedures and ways of thinking.  It's got a logic that is already well-embedded within us... It's made us what we are." In this sense, Benign Violence offers what Michel Foucault once described as "an historical ontology of ourselves."2 Such a work does not free us from the logic of examination, but might help us gain a better sense of its sources and operations.

In Benign Violence, the comparison of two types of 19th-century English schools (moral training schools and monitorial schools) does the most to disturb the assumption that humanistic forms of schooling are 'good' while their mechanistic counterparts are 'bad.'  The chief architects of monitorial techniques were Andrew Bell and Joseph Lancaster, and much has been written about their institutions.  The "moral training schools" are not as well-defined or understood by historians.  In Britain, these schools were founded or inspired by James Kay-Shuttleworth, David Stow, the Glasgow Educational Society, and the advent of normal school training for teachers.  It seems to me, both of these threads of educational discourse were present in the American Sunday School movement.  The moral training schools were related to the child-centered pedagogical writings and practices of leaders such as Montessori, Steiner, and later - Dewey, Maslow and Rogers.

The Foucauldian concept of disciplinary power (its components of hierarchical observation, normalizing judgment, and examination) have been convincingly used to analyze monitorial school practices.3 Allen's work confirms earlier studies, but Benign Violence also uses the Foucauldian concept of "pastoral power" and Foucault's discussion of confessional relationships to develop an equally troubling stories of the way capturing children's play has been used with more intimate pedagogical methods to institute moral training.4

Benign Violence questions the standard dualisms between humanistic and bureaucratic methods of education, for example, as it is typically delivered in the debate over standardization testing. Ansgar deliberately plays with the Socratic phrase "the examined life" to narrow the comforting space between high-minded educational ideals and the dual deployment of teachers as confessors and the mechanistic sorting of large numbers of children into various tracks.  I challenged him on this point.  Isn't there a difference between the types of "souls" (to use both the Foucauldian concept and the ancient word) fostered through a cultural of disputation, and those likely to be produced in the factory of multiple-choice testing or the vast architecture of diagnostic categories? He acknowledged that this probably was a important distinction, but insisted that these various strands are wrapped around each other in current and past practice.

Ansgar also defended his playful use of the phrase "the examined life," because it is part of a larger attempt to unsettle the academic's superior position in the analysis of schooling.  When I contrasted the negative pressure that processing large numbers of students places on the our ability to assign and mark student writing, he encouraged me to be "equally suspicious of the academic essay."  Indeed, this critique of the formal essay is embodied in the book.  Benign Violence is not a standard monograph.  It purposefully violates genre expectations. The text breaks and then flows again beautifully. There is something of the spirit of Gilles Deleuze working. At points, the subject is displaced so entirely that one cannot determine where precisely the object lay. This is not how Strunk and White taught us to write.  As Ansgar explained:

"With academic style, typically it's very precise...  ...The academic is doing everything they can to minimize the amount of interpretation that is necessary in order to decipher what they're saying.  If they've got a statement or critique they will do everything they can to show you exactly what they mean, who they are talking about when they are levelling their critique and so on... I can be precise, if I want...but if you can see that I am attacking something in education, [but] you're not quite sure where my attack is located and so (hopefully) you start to wonder: am I attacking you?  You wouldn't think that, necessarily, if I was giving you a more straightforward academic argument.  Because, you would either be able to say: "Oh, he is attacking me.  I reject that." Or you'd be able to say: "Oh he is attacking them."  And you'd either reject it or feel like you are coming along with the author.... "ya, ya, he's right.  Agree."  You become complicit with the critique.  You assent to it.  I don't want that... so I'm using different devices to disturb the process of reading."

Benign Violence creates this type of disturbance for the reader.  It is not something that is easily condensed or reiterated.  Below is a list of some of the other thought-provoking writings of Ansgar Allen.

Articles and Chapters by Ansgar Allen

Allen, A. (2012) 'Cultivating the myopic learner: the shared project of high and low-stakes assessment'British Journal of Sociology of Education 33 (5), 641-659. 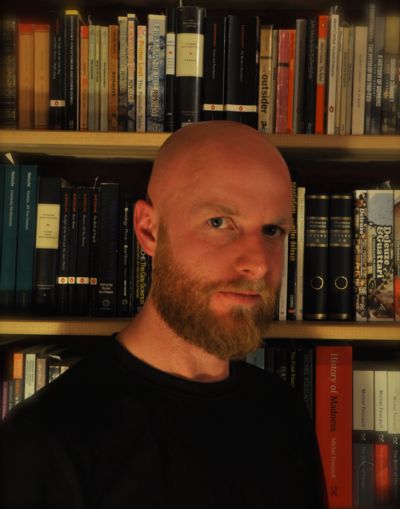 Ansgar Allen is a lecturer in education at the University of Sheffield and author of Benign Violence: Education in and Beyond the Age of Reason(Palgrave, 2014). He was a co-convener of 2014 conference: "Foucault and Education: retrospect and prospect". His writing has appeared in many periodicals, including: British Journal of Sociology of Education, History of the Human Sciences, Pedagogy, Culture, and Society, and American Educational Research Journal.