Shaul Bar-Haim discusses his book, The Maternalists: Psychoanalysis, Motherhood, and the British Welfare State (University of Pennsylvania Press, 2021), with Kristine Alexander. Listen here. Other episodes of the SHCY podcast are available at our podcast website, or you can subscribe on Google Podcasts, Apple Podcasts, Spotify, and wherever you get your podcasts.

This review was originally published in the History of the Human Sciences in January 2022:

The Maternalists: Psychoanalysis, Motherhood and the British Welfare State

During the last two years, we have had ample opportunity to reflect on the capacity of the state to care for its population: to warn us of imminent harm, to nurse us back to health when danger strikes, and to show compassion when the worst happens. As Shaul Bar-Haim skilfully outlines in his introduction to The Maternalists, for several generations, ever since Margaret Thatcher began to shift responsibility for the care of the vulnerable and dependent back onto the family, ‘the nanny state’ has become an epithet of right-wing scorn. Those who mourn the unravelling of the post-war settlement may be hoping that the collective suffering of the pandemic has exposed the need for a more interventionist, ‘motherly’ politics, one which fully compensates for human frailty. Bar-Haim’s study of maternally-minded psychoanalysts, and their influence on post-war social policy, is therefore a timely one, in which questions of theoretical inheritance open onto a series of urgent debates about our own historical moment.

Bar-Haim’s story begins in Budapest during the 1920s, where Sandor Ferenczi, one of Freud’s protegées, advocated a radically new style of analysis. Ferenczi was the yin to Freud’s yang, or as Jung, another of Freud’s rebellious students, might have put it, the anima to his animus. Whereas Freud practiced with cool, paternalist detachment, Ferenczi fostered affection, mutuality, and intuition in his clinical relationships. He encouraged patients to revisit the traumatic experiences of earliest childhood, and famously cradled them in his arms, claiming that there was ‘progression in regression’. By shifting the analytic focus away from the Oedipus conflict and phallocentrism towards the sensuous bond between mother and infant, Ferenczi opened up new terrain for analysts of an egalitarian, emancipatory bent. Infancy was characterised here both by vulnerability to trauma and an original psychic freedom, a halcyon period before the oppressive norms of civilised society achieved their grip. Ferenczi surrounded himself with a group of gifted young intellectuals, including Michael Balint and Geza Roheim, the founder of psychoanalytic anthropology, and later had a profound influence on the Scottish analyst Ian Suttie, who also objected to the Freudian ‘taboo on tenderness’.

The relationship between mothering and the human sciences in the twentieth century – in which Mother features as Origin Story and Causal Principle – is hugely complex, extending from the idealisation of matriarchal religion in Robert Graves’ The White Goddess to the development of a laboratory-based attachment theory. By Bar-Haim’s own admission, this book teases out one micro-history from an intricate tapestry, arguing that a set of Ferenczian legacies within inter-war psychoanalysis anticipated the specifically maternal disposition of the British welfare state.

The Maternalists’ central chapters explore the rehabilitation of the ‘primitive’ psyche and ‘primitive’ mothering, in the work of educationalist Susan Issacs, Roheim, and Suttie. Issacs challenged Piaget’s theory of developmentalism, in which the child’s psyche was equated with that of the ‘savage’. A follower of Melanie Klein, and a member of the anti-colonial movement in inter-war Bloomsbury, she proposed a synchronic model of mind, arguing that at all ages, and within all races, magical and animistic ideas exist alongside rational thought. Roheim’s work is placed in dialogue with that of Bronislaw Malinowski, who had ‘disproved’ the universalism of the Oedipus conflict in his study of the matrilineal society of the Trobiander Islands. Roheim undertook fieldwork in the Aboriginal communities of central Australia with the intention of refuting Malinowski’s claim, but changed course when he observed the psychological benefits of matriarchal culture. Aboriginal life, he concluded, was characterised by ‘indulgent mothering’, the development of a weak super-ego, and pacifism; a corrective to the ‘sadistic’ mothering of modern Europe. Similar arguments were advanced by Suttie in The Origins of Love and Hate (1935), which posited the existence of an archaic pagan community, in which the mother-child bond formed the basis of sociability. In Suttie’s account, monotheism, modernity, and the fixation with ‘progress’ were begot by the envious and destructive patriarch, embodied in Freud himself. The autocratic and bellicose paternalist state is never invoked in The Maternalists, although elisions are sometimes made between the maternal and the parental polity. It is worth noting that the psychology of the fascist patriarch was being excavated in works such as Theodor Adorno’s The Authoritarian Personality well into the 1950s, and that reactionary forms of maternalism, including pro-natalist policies, were in turn associated with authoritarian governments. A post-war suspicion of toxic masculinity, as well as the exaltation of mother-love, perhaps explains the peripheral role of fathers in the case-studies of D.W.Winnicott, the theme of the book’s penultimate chapter.

The book’s argument hinges on its final section, a discussion of Michael Balint’s psychological training with British GPs in the second half of the 1950s. In this illuminating but little-known piece of post-war history, Ferenczian theory was translated into social practice. A significant number of family doctors (including many prominent figures in the Royal Society of General Practitioners) joined Balint groups in this period to deepen their understanding of the doctor-patient relationship. Balint believed that what many patients seek when they visit the GP is regression to a state of infant-like dependency. Anyone who has had the experience of their symptoms mysteriously disappearing after a visit to the local surgery will understand something of this notion, and of the concept of doctor ‘as drug.’ There is also something refreshingly queer about Bar-Haim’s description of middle-class, middle-aged, GPs shape-shifting into loving mothers. In radical contrast to the pressured, consumer-focused approach of twenty-first century medicine, Balint disputed the idea of a medically objective diagnosis, suggesting that both the description and treatment of illness should be an unhurried, inter-subjective process. This is akin to a phenomenological, rather than instrumentalist, account of disease, which blurs the boundaries between physical and psychological medicine. Bar-Haim goes on to suggest that as a section of male GPs began to display maternal capacities in the consulting room, real mothers took on greater responsibility for liaising with the state’s agents, including not only doctors, but social workers, psychiatrists, and teachers. In these various ways, the act of mothering became integrated into the smooth functioning of social democracy.

This brings us to the lived experience of mothers, which the author is careful to distinguish from the theoretical constructions of his book’s protagonists. One of his literary touchstones is historian Carolyn Steedman’s memoir of post-war childhood, Landscape for a Good Woman, in which she makes the striking claim: “I loved the state because it loved me.” For Steedman, the state compensated – with milk, orange juice, library books and free education – for what her mother could not provide. As well as underlining the huge redistribution of wealth and ensuing social mobility that took place in this period, we are reminded that a state with maternal capacities frees flesh-and-blood mothers to be imperfect, or even inadequate, which is precisely what makes welfarism a moral issue for the Right.

We return then to the broader issues raised by the book’s enfolding of inter-war psychoanalytic theory with post-war state interventions. Histories of maternalism inevitably leave political, sociological and philosophical questions in their train. Most obviously, where do we stand with regard to this aspect of our past, in an era when so many forms of ‘care’ have been shredded and privatised? What role, if any, remains for psychoanalysis, now marginalised within NHS practice? The example of Balint groups is compelling, but histories of the role played by analysts in the construction of the welfare state obscure the contribution of radical British socialists to Atlee’s sweeping post-war reforms. This latter tradition advanced an ethic of mutual care using theoretical sources quite alien to psychoanalysis. How should the state compensate for the reproductive labour of women, for the dependence engendered by dependants? Is there a future world in which mothering, and early childhood, could be a period of psychic liberation, a counterpoint to the constraints of industrial time? And finally, is the ‘maternal’ – and the forms of sustenance it offers – bound up with the messy biological and psychological experiences of womanhood, or is it a transferable, rational good? 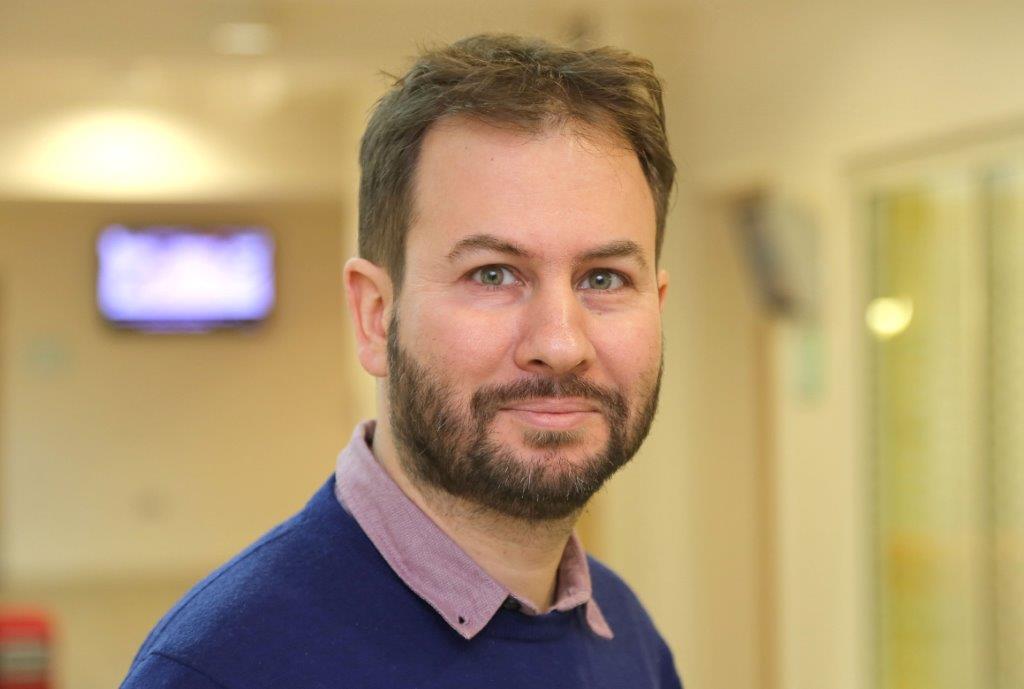 Shaul Bar-Haim is a Senior Lecturer in the Department of Sociology at the University of Essex. He specialized in the intellectual and cultural history of psychoanalysis, and related ‘psy’ disciplines, in 20th-century Britain. He is the author of The Maternalists: Psychoanalysis, Motherhood and the British Welfare State (University of Pennsylvania Press, 2021) and co-editor of Wild Analysis: From the Couch to Cultural and Political Life (Routledge, 2021). His articles were published articles in journals such as History Workshop Journal, History of the Human Sciences, and Psychoanalysis and History. Shaul is currently working on a new project on the history of negative feelings and collective identity, tentatively entitled ‘The Shadow-Emotion of Narcissism: Jewish Self Hatred and the Critique of the Internalization’.