The Metamorphosis of Autism

The Metamorphosis of Autism: A History of Child Development

Please listen here for the interview with Bonnie Evans and her colleague, Ayesha Nathoo. Visit the SHCY Podcast website for more episodes.

This very long, but meticulously researched and well-written, volume deals with autism in Britain from around the beginning of the last century to the present. As such it significantly adds to our knowledge of child psychiatry and child psychology. It is genuinely groundbreaking in its treatment of a historically neglected condition, which, as Evans remarks, has gained “celebrity status” (4). Between its introduction (a useful account of, inter alia, the existing historiography) and its conclusion, the book is divided into two parts, each with three chapters. Part 1 discusses what is described as the “first autism” in the period down to 1959. Particularly engaging here is chapter 3, “Inside the Maudsley Child Psychotic Clinic in the 1950s.” The Maudsley Hospital was one of Britain’s leading centers for psychiatric treatment and research, about which Evans has already published important accounts, and an institution whose archives are extensively utilized in the volume under review. The creation of the Child Psychotic Clinic, as the author puts it, strengthened the Maudsley’s reputation as a “reception centre for the most severe cases of childhood psychiatric disorder, and as a place where the finer points of psychological theory could be interrogated in depth” (143). The last point is important, given the caliber of the Maudsley’s staff and their willingness to challenge conventional wisdom.

Part 2 deals with perhaps the most significant element of Evans’s analysis. She notes that from the late 1960s the original meaning of “autism” was “completely annihilated,” with its new meaning the “exact opposite” of what had gone before (189, emphasis in the original). Previously conceptualized as a condition wherein “hallucinatory dreamlike imaginary thought” came before “realistic thinking” asserted itself, autism was now used to refer to lack of imagination, hallucinatory thought, creativity, and dreaming—the “metamorphosis” of the book’s title (189–90). This in turn raised methodological issues such as, in the title of chapter 5, “How Do You Measure a Social Impairment?” One answer is tools such as the American Psychiatric Association’s famous, or infamous,Diagnostic and Statistical Manual of Mental Disorders, first published in 1952 and now in its fifth edition. The latter has “dropped” Asperger’s syndrome with the consequences, Evans suggests, of both expanding and destabilizing the concept of autism (416). This, she continues, might lead to “another kind of metamorphosis,” with the current understanding of autism “approaching its zenith” (417). A further apparent outcome of the late 1960s metamorphosis has been the number of children deemed autistic. Originally a tiny proportion of the child population, by the 2000s in Britain over 57,000 cases had been identified, and social legislation, most notably the 2009 Autism Act, had begun to acknowledge the scale of the issue.

Evans has produced an extraordinarily rich analysis, displaying an in-depth knowledge of her field. Nonetheless, there are criticisms. This is essentially an internalist account. Despite the book’s claims, its material is not consistently located in the broader socioeconomic and political development of modern Britain. Where attempts are made to do so they are, on occasion, misleading or factually inaccurate. So, for example, it is not the case that the Beveridge Report of 1942 “laid out plans for the establishment of the National Health Service” (108). A few pages later, we are told that “Beveridge’s plans” led to the passing of legislation such as the 1948 Children’s Act (114). In fact, the Children Act owed infinitely more to campaigners such as Myra Curtis and Marjory Allen than it did to William Beveridge. Nor was it the case that the National Health Service Act (which was passed in 1946, not 1945, and covered only England and Wales) “placed responsibility for all children’s medical treatment on regional hospital boards rather than local authorities” (114). Most child guidance clinics, for example, remained in the hands of local education authorities. And the suggestion that British educational reform in the 1940s led to a “revolution in social mobility” is questionable, to say the least, for the early postwar period (135). To be fair, the author has certainly recognized important relationships such as that between autism, what she describes as a “rise in recognition of children’s rights,” and the “rise of neoliberalism” (432). However, for this reviewer at least, descriptions of wider historical change too often get lost in the detail of psychological and psychiatric analyses.

This book should, therefore, be seen for what it is—an excellent history of autism in Britain, and a volume which historians of childhood, child welfare, social policy, and the social sciences would be foolish to ignore. We are still some way, though, from any work which synthesizes our still limited knowledge of modern British childhood and integrates this with broader accounts of social change. 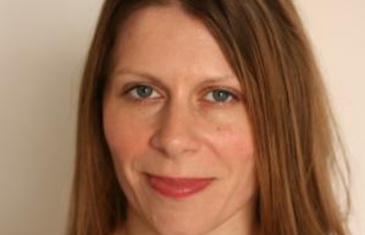 Dr Bonnie Evans is currently based at Queen Mary, University of London.  She completed her PhD at the Department of History and Philosophy of Science, Cambridge University, in 2011. At Cambridge, she also co-founded the interdisciplinary Health and Welfare Research Group at CRASSH. Following her PhD, she joined King’s College, London, as a Research Fellow exploring the social and cultural determinants of psychiatric diagnoses.  In 2014, she moved to the History Department at Queen Mary, University of London, where she embarked on a Wellcome Trust Postdoctoral Fellowship on ‘Neuroscience, Psychology and Education: Autism in the UK’.  This led to the publication of The Metamorphosis of Autism in 2017.  Bonnie organised a major conference on the Globalisation of Autism also in 2017.  She has lectured in the history of child sciences, race sciences and eugenics in international perspective. She is currently working on a project in collaboration with the Film Department on Autism Through Cinema.   In addition to her academic work, she also works as a policy and media advisor. She has spoken at the UK Department for Education and has advised at the Institute for Public Policy Research.  She has consulted for the BBC and other media outlets and has appeared on BBC television.