Michelle Purdy and Jon Hale discuss Purdy's book, Transforming the Elite: Black Students and the Desegregation of Private Schools. You can also watch here, or listen to the conversation as a podcast here. Other episodes of the SHCY podcast are available at our podcast website, or you can subscribe on Google Podcasts, Apple Podcasts, Spotify, and wherever you get your podcasts.

Transforming the Elite: Black Students and the Desegregation of Private Schools.

Transforming the Elite: Black Students and the Desegregation of Private Schools examines the context surrounding the desegregation of Westminster, one of Atlanta’s most academically rigorous independent schools. Presented as a case study, the book hopes to stand as an example of how Atlanta’s southern desegregation politics intersected with the national desegregation agenda. While much of the literature on school desegregation has focused on public secondary schools and higher education, Purdy uniquely positions the experiences of private schools within the broader desegregation narrative in the hopes that we will better understand what she characterizes as “the priceless inheritance” that resulted from a century-long effort among African Americans to obtain educational equality.

Focusing on Atlanta shifts our attention to the process of independent school desegregation in the South as opposed to the Northeast. Founded in 1951, Westminster began as a non-sectarian school, serving the educational needs of Atlanta’s white elite and middle-class circles. Similar to other private schools, Westminster’s admissions policy didn’t expressly forbid black students from attending. However, under the leadership of its founding president, William Pressley, Westminster initially made no effort to recruit black students and also maintained rigid eligibility requirements that reflected their commitment to racial exclusion.

One of the book’s overarching objectives is to determine why independent schools like Westminster chose to desegregate when, given their status as “pri- vate,” they were not legally bound to do so. Purdy argues that these schools pursued a policy of desegregation in the late 1960s and early 1970s because of a constellation of factors, which included federal-level changes that were influenced by civil rights activism, as well as the assassination of Martin Luther King in 1968. As Purdy reveals, Westminster also appeared to be caught between a web of inter- ests, whereby the school hoped to satisfy a constituency of parents and commu- nity members who opposed desegregation; educational organizations and groups who were becoming more deeply invested in federal integration initiatives, such as the national organizations in which Pressley held membership; and those who favored “pragmatic desegregation” as the best course of action for Atlanta.

Although historically classified as the “City Too Busy to Hate,” like other southern cities, Atlanta’s public schools remained segregated, due in great part to the series of laws passed by the Georgia state legislature to thwart the Brown v. Board of Education ruling. In Atlanta as elsewhere, whites began forming “segregationist academies” and sought out independent schools like Westminster, although Purdy draws a distinction between independent schools and segregationist academies that isn’t always readily clear.

In much the same way as recent scholars have challenged the de jure/de facto binary that characterizes much of the civil rights scholarship, Purdy demonstrates how the lines between public and private became blurred. Increasingly, Westminster was forced to contend with a negative public image associated with its ongoing exclusionary practices, as well as the possibility of losing its tax-exempt status under federal laws that withheld aid from the public schools that abided by discriminatory admissions practices. Additionally, as the National Association of Independent Schools (NAIS) and similar associations increasingly emphasized socioeconomic diversity and black recruitment, Westminster decidedly altered course and called for open admissions.

Revisiting its admissions policies in 1965, Westminster seemed to have made a genuine effort toward integration. At the same time, many white students who championed desegregation emerged as the first set of allies to ensure that black students enjoyed a smooth transition. However, as Purdy reveals, many were guided by a sense of noblesse oblige and federally commissioned research that distorted claims regarding black pathology and educational deficiency. Additionally, despite its decision to admit black students, Westminster’s school culture was often paradoxical in its efforts to appear more inclusive and its simultaneous attachment to its racist heritage, such as during its annual “slave auction” fundraiser.

Transforming the Elite is in no way a hagiography to integration, as other similar works often are. Purdy does not romanticize the difficult choice black families made to send their children to schools that were often openly hostile to their attendance. As such, Transforming the Elite also chronicles the experiences of the first black students who attended Westminster. Aligning her work with existing scholarship centering the experiences of black students who benefited from attendance at segregated black schools, Purdy insists that it was because of the “care ethic” that black teachers and their community demonstrated toward them that Westminster’s black students were able to endure both the school’s interpersonal and institutional racism. Insights gained under previous settings compelled them toward social activism, as they helped to positively transform school culture.

Reflecting many of the ongoing trends in education, Purdy’s work demonstrates how our current attention to diversity and inclusion in private schools is rooted in the history of desegregation. By offering some insights about the ways in which various parties navigated these decisions, most especially the students, Purdy helps us to understand how much work remains to be done in creating educational spaces that are truly diverse, inclusive, and equitable. 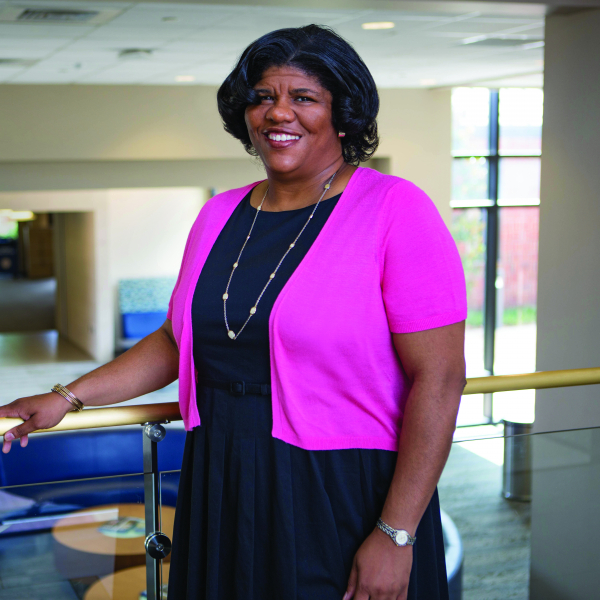 Dr. Michelle A. Purdy is an Associate Professor of Education in Arts and Sciences, Director of Undergraduate Educational Studies, and Chair of the Department of Education Curriculum Committee. She is also an affiliate faculty member of the Department of African and African-American Studies, the Interdisciplinary Program in Urban Studies, and the Center on Urban Research and Public Policy. With research, teaching, and service commitments to advancing racial justice, cultural understanding, and equitable policies and practices in education, her specialties include the history of U.S. education, the history of African American education, the history of school desegregation, and the history of policy, access, and opportunity. In 2019, Division F awarded her book, Transforming the Elite: Black Students and the Desegregation of Private Schools, the 2019 New Scholar’s Book Award. Transforming the Elite (UNC Press) combines social history, policy analysis, archival research, and oral histories to re-create an overlooked history about the desegregation of historically white elite private schools and how the first Black students navigated and challenged institutional and interposal racism.