When Rick Jobs first learned about the upheavals in Europe during 1968 as an undergraduate student, he thought, “Wow, look at these … young people articulating their aspirations…”  Youth culture and activism provided a compelling widow on the past for him. Later, he decided to continue with graduate studies in history while backpacking around Europe. His parents may have hoped he’d pursue the law, but he had other dreams.  “I’ll get my Ph.D., and it will enable me to come back here.”

He fulfilled those hopes in the years that followed, and they seem to have served as initial seed for his forthcoming book Backpack Ambassadors: How Youth Travel Integrated Europe. The book explores how the transnational mobility of young people in the second-half of the twentieth-century fostered European integration.  It is not a history of the European Union, as such, but takes a wider view of the cultural integration of Europe after the destruction of the Second World War.  Some of the things we will learn about include transitions in youth hosteling, youth circulation between sites of protest in 1968, state-sponsored programs for youth to travel together, the Franco-German Youth Office, the development of Eurorail passes, and the rise youth back-packing.

In our conversation, Rick highlighted that by the 1970’s one million American youth annually traveled around Europe. “The more and more that they travel, the dense network of their circularity begins to expand outward.” As they expanded from northwest Europe into Spain, North Africa, and the Eastern Bloc, the ideas, practices, and sensibilities of youth popular culture spread. He hopes the book will find an audience with both advanced scholarly and undergraduate readers.

We discussed the concept of transnational youth at-length. Rick argued the we are missing something “pretty huge” in the history of childhood and youth, if we don’t confront its “profound transnationality.” I agreed that national histories of childhood had limitations, but I also wondered about the seeming progressive narrative underpinning the work I had read in this area. In his recent keynote address at the “Horrible Histories Conference” that launched the Children’s History Society, David Pomfret argued that “childhood functions as a space where empires can be collapsed.” I asked Rick if the opposite wasn’t also true. Doesn’t the history of imperialism (programs such as Canada’s Indian Residential Schools (CHC Season 2, Episode 5) to name only one example) demonstrate repeatedly that empires have been erected on the politics of childhood and youth? I was thinking of a recent article written by Toby Rollo, “Feral Children: settler colonialism, progress, and the figure of the child,” in Settler Colonial Studies (June 2016). Rick agreed that age categories are full of paradoxes, but he emphasized that the general significance of childhood and youth deserved greater recognition by scholars if we were to sort through these difficulties. We could, he said, “think about ‘collapsed’ in another way…the totality of imperialism itself can be enfolded within… childhood [and youth].”

When Great Britain voted to leave the European Union in 2016, youth were at the forefront of protests against the outcome of the Brexit referendum. Backpack Ambassadors: How Youth Travel Integrated Europe, Richard Ivan Jobs’s deeply researched and elegantly written book, offers a historical perspective as to why. Young people’s travels throughout Western Europe during the decades following World War II, Jobs argues, formed a social and cultural backdrop that facilitated European political and economic integration. Moreover, through their continental perambulations, young people developed shared cultural practices and formed a transnational social cohort that asserted mobility as a fundamental right. Travel had rendered generational divides more important than national boundaries.

A flurry of young tourists—mostly Western Europeans but joined by large numbers of peers from North and South America and Australia—set off across Europe in the aftermath of the Second World War. Hoping to harness the mobility of youth as a means of postwar reconciliation, and in an effort to build a cohesive Cold War counterweight, Western government officials devoted resources to encouraging youth travel. Growing numbers of mobile young people led to the development of infrastructure—rail passes, youth hostels— that would facilitate international youth travel for decades to come. Young explorers’ sojourns in the Mediterranean peripheries of Western Europe, Jobs demonstrates, would help bring countries such as Spain, Portugal, and Greece into the European fold.

By the late 1960s, however, the mobile youngsters once eagerly cultivated by European governments were increasingly seen as menacing. From the young activists of 1968 to hippies camped out in city squares, young people often challenged, rather than reinforced, official domestic and foreign policy imperatives. This was true in the East as well as in the West. In a chapter on the unifying potential of youth culture, Jobs documents how the circulation of Western popular music behind the Iron Curtain fueled young people’s demands for freedom of movement and contributed to the unraveling of the Cold War international order.

Backpack Ambassadors is most fascinating when chronicling the meanings of travel and the development of shared cultural practices among young tourists. While young people understood travel as a route to personal freedom, backpacking soon assumed its own expectations of conformity to new social rituals (often involving drug use). Likewise, Jobs notes, youth travel’s promise of liberation was delimited by race, gender, and sexuality. Nonetheless, by the end of the twentieth century, backpacking in Europe had become a veritable rite of passage for affluent youth the world over.

Recent scholarship has demonstrated the political import of leisure travel, as tourism intersects with issues of national identity, historical and environmental preservation, and the construction of empire. With the exception of study abroad and other formal exchange programs, however, young tourists have been largely absent from the narrative. In giving voice to youthful itinerants, Backpack Ambassadors both reconstructs a largely neglected subculture and adds to our understanding of the larger process of European integration. Jobs’s book opens fruitful avenues for future research. In particular, there is much more to be said about the ways in which touristic travel and the less voluntary movements of refugees and migrant workers are intertwined—and the ways in which age, nationality, and race converge to shape understandings of which mobile individuals are welcomed by nation-states and which are not. In a world defined by the reassertion of national borders, Backpack Ambassadors is an insightful and timely study. 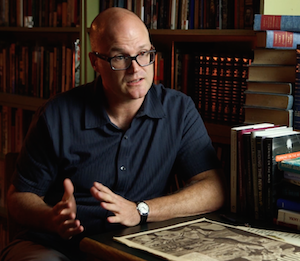 Richard Ivan Jobs is Professor of History at Pacific University, and served as the Chair of the department there from 2008-2014. He earned is doctorate from Rutgers University in 2002, and since this date has authored or edited three books. He is a cultural historian of modern European youth with an emphasis on France.

Riding the New Wave: Youth and the Rejuvenation of France After the Second World War (Stanford University, Press, 2007).